Travel is often about the details and oddities in addition to the postcard views. The personality of a city comes out in these quirks. In a world of chain stores, the cute pedestrian streets end up having similar labels. And really how many cathedrals can you see before they start to blend together. Valencia certainly had enough for me to find.

I like finding interesting graffiti. Not the random tagging and defacement of buildings, but something unique that just shows some creativity. It gives an idea of the feeling of a town. A place with that random destructive graffiti all over the place is going to feel different than one with colors or these little things. A cool little bug on a parking barrier and this rather quizzical face. Obviously both done with stencils, but cool anyway.

Places of beer and sandwiches. These little sidewalk cafes were all over Valencia. Cerveceria means place “to get beer”. Bocateria was a place to get small sandwiches. The kind with a few slices of ham in a roll, usually all cold. They always had tables out front and one or two people just lounging and watching the world go by. 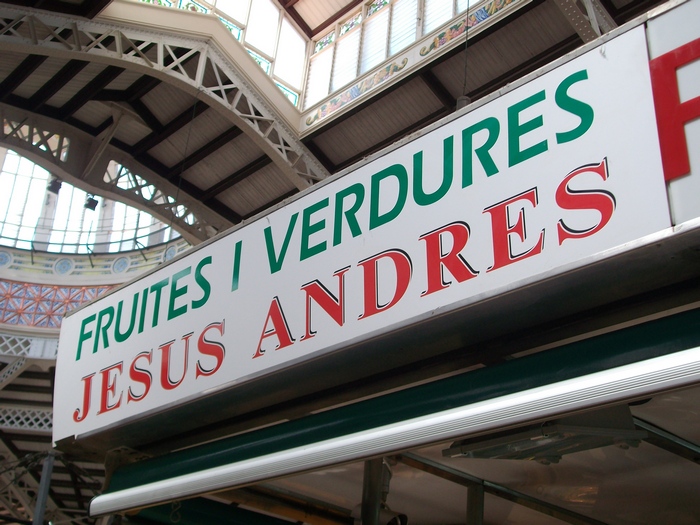 I know Jesus is a pretty common name in Catholic countries, so this shouldn’t surprise me. But still the idea of “fruits by Jesus” sounds interesting in my brain. This was just one of many vendors in the market building in Valencia. 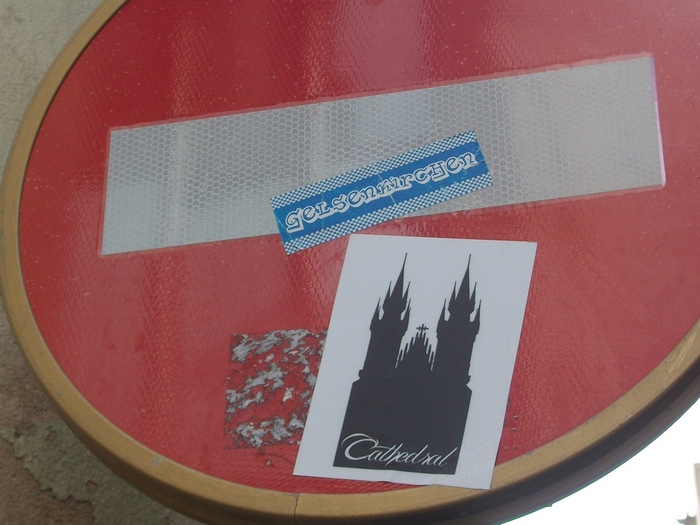 This was a sign in the center of Valencia, just a hundred meters from the Cathedral. The sign was above my head, so they had to work to get those stickers up there. Again Spain, far west of Europe. The two stickers are from Gelsenkirchen and from Prague. Gelsenkirchen is an industrial town in Germany with a famous football club and Prague is the other end of the EU. Just strange to see them both on a sign in Spain. 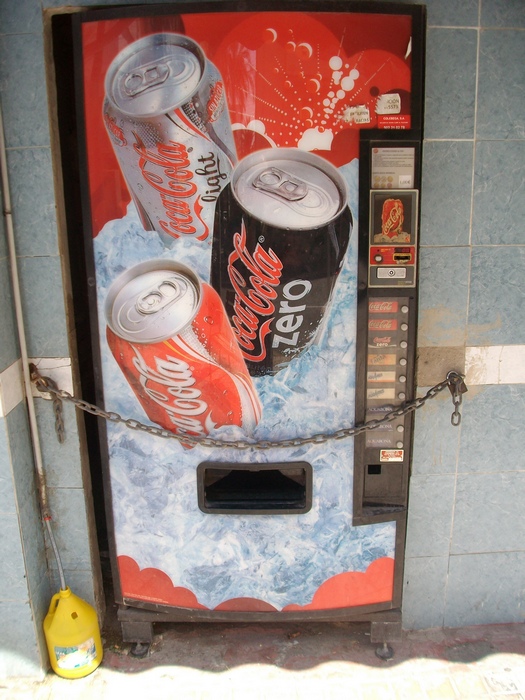 We went walking out to the beach on our first day and I noticed this coke machine. I like the little details in this picture. First the chain. Really, do they have problems with people stealing the whole machine? Second the tube from somewhere above that leads into the random jug. Obviously drainage of some sort, but what? The last bit is subtle and maybe not that unusual, but I noticed it. There is a big Coke Light can on the sign, but no button for it. Maybe that occurs more than I expected, but still kind of interesting. 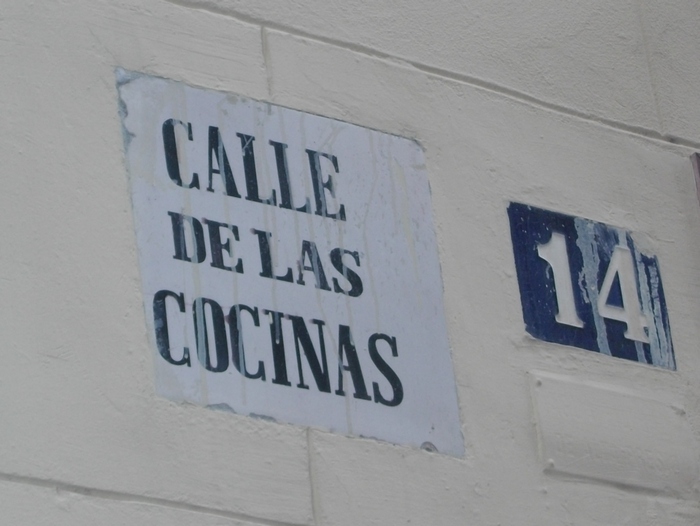 Sometimes just because of the difference in languages, the signs are funny. This one says Road of Kitchens in Spanish. In really isn’t more entertaining than milk street in Freiburg or any of a dozen streets I have driven down in the US. I just like the sound of it.

Horno is the Spanish word for bakery. So these are very common around Valencia. The 12 year old in my snickers every time I read it though. The 12 year old mind also put the “horno” next to the Dirndl clad busty-girl poster. They had Oktoberfest in Valencia. All of the Spanish on the poster explaining what the festival is and such. Including the “Maximum Fun” label across it.

Check out more of my Scenes from Spain series.