My father and I walked a portion of the Cumbria Way in Northwest England over four days (Read day one starting here). Sheep are an ever present companion on the trail as so much of the trail runs beside and through sheep fields. Sheep poop too, but that is less photogenic. I have written a bunch about the experience of our walk, but I wanted to get back to the details. Sheep are ubiquitous on the English Countryside just the like dry stone walls which keep them in and as such would be easy to overlook as a travel detail. I did notice a lot more about sheep and their keeping than I have ever encountered before.

This post is for my friend Sandy in Freiburg. From New Zealand, she knows sheep. So here are some English sheep to entertain her.

We were apparently in Cumbria during lambing season. This meant several things. First there were plenty of young sheep running around. Secondly, there were a lot of signs about keeping your dog on a leash. 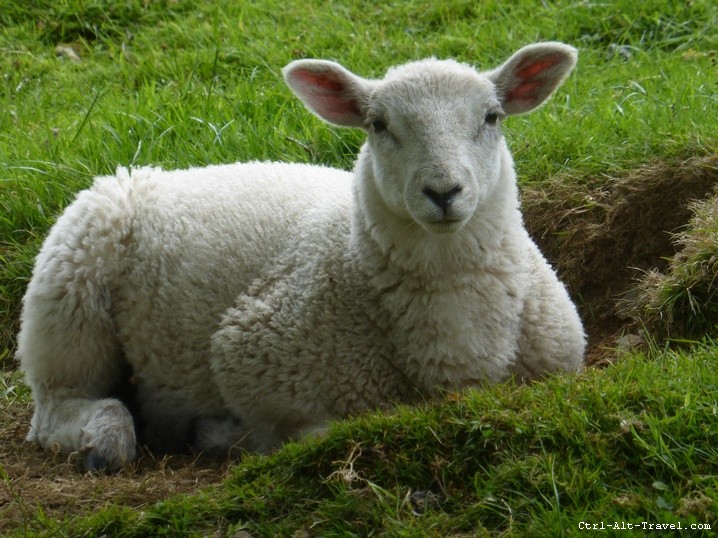 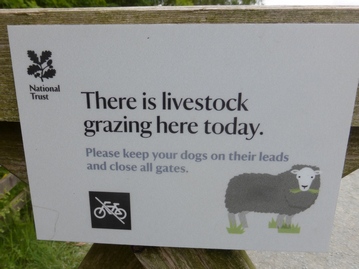 Almost every gate we passed through had a sign warning that even docile dogs can attack and worry sheep. Some of the signs were pleasant and had cartoon fluffy sheep on them, but at least a few had graphic bloody pictures of what can happen. Since so much of what we were walking on was actually public footpath, plenty of people must take their dogs for walks there. It was definitely something I had never thought about.

I have a whole post about these gates and such, but it bears a small mention here. Kissing Gates are made so that a single person can go through in two separate steps. A Stile requires you to climb over a dry stone wall with the help of a pair of wooden poles and some steps. Both of these are clever ways to keep sheep and other livestock in their fields and yet allow humans to move about freely.

I was surprised to see so little lamb on offer to eat. It was there in a few places, and maybe there was some sausage made of lamb, but not anywhere near what I would expect given the number of sheep around. There was however plenty of pork and I didn’t see a single pig (though a few chickens). One of our hotel hosts told us that lamb is still one of the most expensive meats to buy, and yet much of the wool doesn’t actually get sold. So are the sheep just there for decoration?

We walked a lot of varied terrain. On Day 3 of our four day walk, we climbed up Stake Pass and crossed over 480m summit. Even there on rocky slopes and rugged land, we heard sheep. If there was a patch of grass, there was probably a sheep or three on it. It didn’t really matter where. And even if you couldn’t see them, the baaing echoed enough to remind you of their presence. 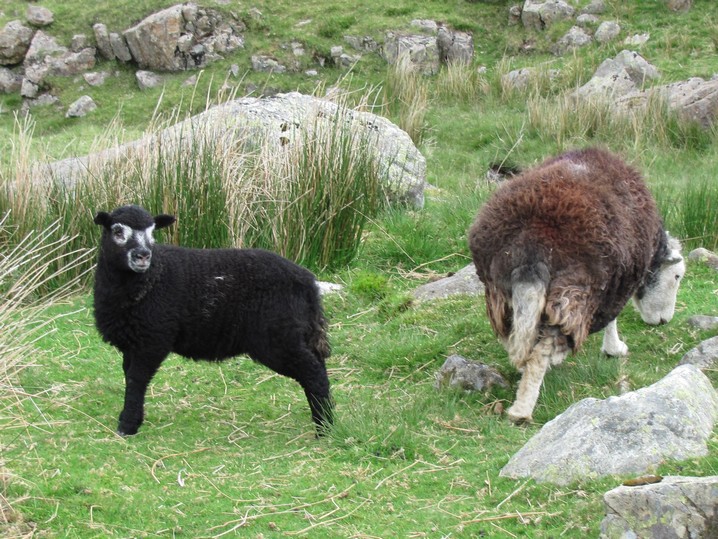 Sheep Poop Gets Everywhere Too 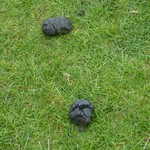 And tiny black sheep poop also reminds you of the everpresence of sheep. Of course if sheep can get everywhere, so too can their droppings. On the path, off the path, on any rock big enough that you might want to sit and have a snack.  Early in the trip I tried really hard to avoid stepping in it. Just like in the city I don’t like the idea of stepping in crap.  After a day of the extra effort, I finally settled on just not stepping in fresh crap or big piles of it. There is no way to avoid every bit. 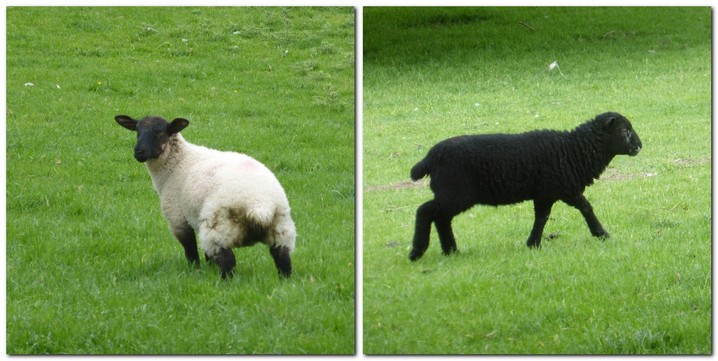 Lambs both white and black. 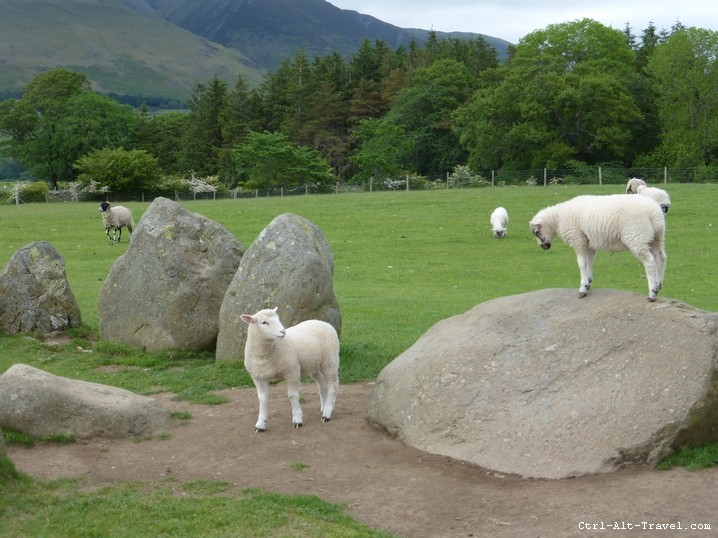 Even the Stone Circle of Castlerigg near Keswick was crawling with sheep. Literally. 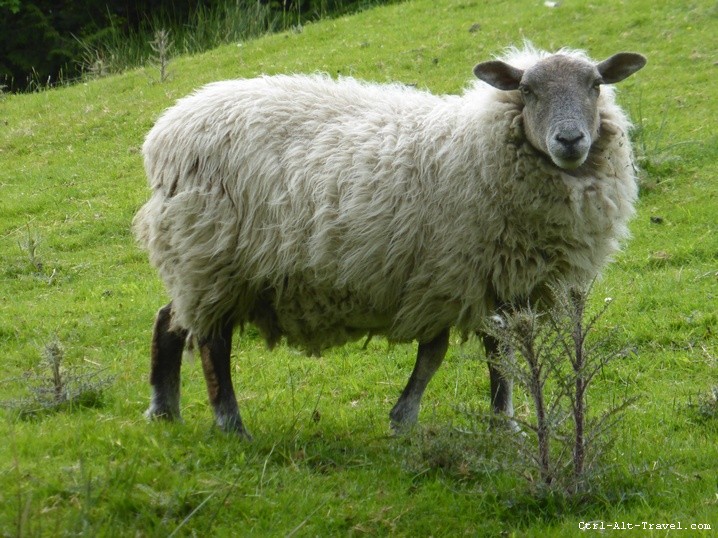 It was just so fluffy. 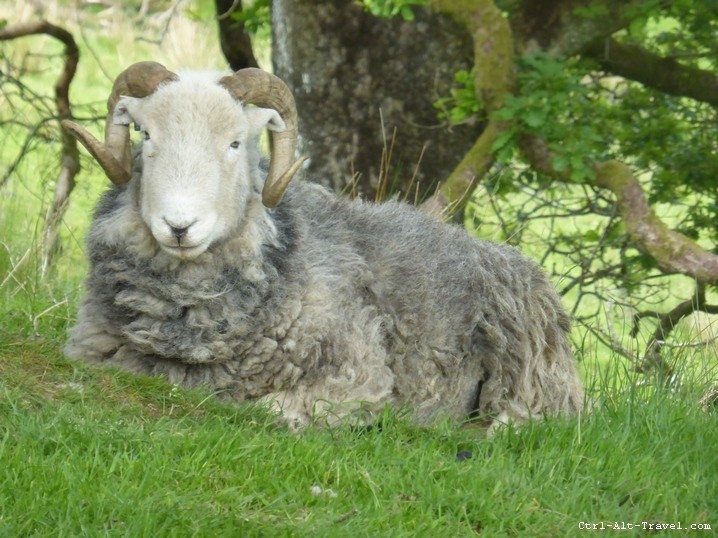 Kissing Gates and Styles of Stiles Day 4: Rosthwaite to Keswick