This is what we have learned from experiences and asking questions related to our situation around health insurance in Germany. Definitely ask your own questions, but this might give you a basis of understanding. Laws change and every situation is different, as such I make no guarantees for this info.

In Germany, there is a requirement that every resident have health insurance. This is also one of the first circles you might find yourself in with looking for a visa. You need insurance for a visa, and sometimes the insurance people want a visa to get you insurance. 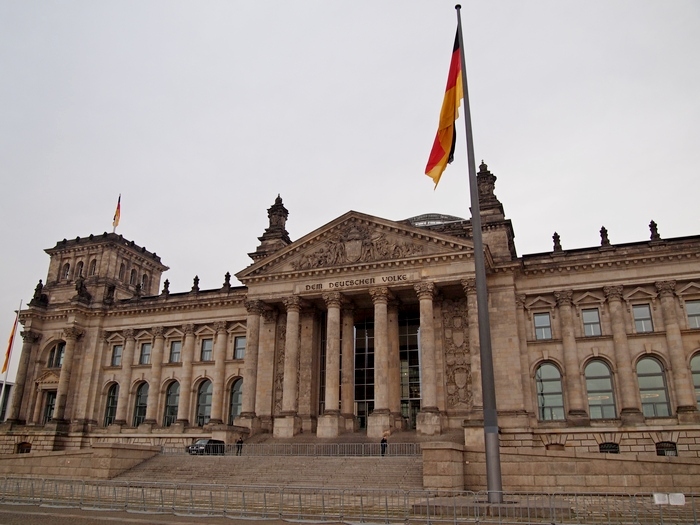 Insurance comes in two types: Private and Public (Gesetzliche).  As far as I understand, if you are employed in Germany earning under about 44K a year, you are required to be in the Public system.  When I first started working, I was able to just send an email to the Krankenkasse with my name and address and I was signed up. I probably had to go in and sign some forms later, but it was fairly painless.

Krankenkasse – Oddly translated as “sickness fund”, this is the word for a health insurance company. There are a number of them in Germany. AOK is the “general public insurance” and has branches in each state.

This is something I know very little about. I don’t have it, so much of what is here is stories from friends.

It is called Gesetzliche. If you are working for an employer in Germany and earning under a certain amount (44K a year I believe) you are legally required  to be a part of this system. There are a number of different Krankenkassen to choose from. They all cost the same (since 2008) and cover the governmental required things, yet can offer other services. I was also able to be on this type of insurance as an exchange student.

Family Insurance : As a part of public insurance you are allowed to have your dependents with you on your insurance for no additional cost, provided they do not earn more than 395Euros (in 2014) a month. This is children and spouses. So while public insurance can be quite expensive, it gets spread out decently if you happen to have a big family.

This earning limit is a pretty strict thing apparently. We asked some questions and were told to report what you earn even if you are under it, giving them an idea of what you are doing. (German society does not endure surprises well.) Apparently you get one month or so of slightly above that limit if the rest are below, so it seems to make sense to be honest. And it apparently is gross income, not any sort of after-tax number.

Pflege Insurance : Part of what you pay is for true health insurance. Another smaller percentage is called Pflegeversicherung (Long Term Care). This is ever so slightly higher if you do not have children. As far as I understand this is an amount of money which is built up to take care of you when you are older. If you potentially need in-home care. Being in my mid thirties, I have not experienced this directly, but that is what I understand.

Krankengeld : If you are sick in Germany, you are sick. A doctor writes you off for an appropriate amount of time for your sickness and you notify your employer. You are still paid during this time and I have not heard of anyone with limited “sick days”. The employer picks up this cost up to 6 weeks of continuous sick time. After which it is taken up by the insurance company.

As a freelancer, I am able to get this “long term” money as well. Up to a year and a half apparently, but as my own employer I would have to foot the bill for the first 6 weeks of sickness. After which they apparently pay a percentage of what I earned beforehand.

Benefits : My experience with public insurance paying has been great. Everything seems to be covered with little to no co-pay. There was a 10Euro a quarter co-pay for doctors, but that got tossed a few years ago. Each night of Ali’s hospital stay was 10Euros as well. You show your card and there are very few extra costs.

Dental is included (-ish). We get one basic cleaning a year covered. It is pretty basic, so I tend to pay for the more thorough ones. I have also heard that you definitely need to do at least the once-a-year ones. If you do not, it reduces what the insurance will cover if there are major problems.

There is no medical questionnaire, so they just cover you and charge based on income.

Disadvantages: It can feel expensive if you are single, healthy and a low-mid earner. Perhaps less service than Private (I have heard that doctors like Private better), but we have not noticed it.

As of last year, I am a freelancer web application developer in Freiburg. So I had to figure out how to deal with having insurance as such.

From what I understand, if you are in the public insurance and turn freelance (or earn more than the limit) you are allowed to stay in the public insurance. This is what they call Voluntary Insured (Freiwilligversichert), though you are voluntarily with them you are still required to have insurance in Germany. I have heard people mention that no freelancer is allowed in public, but this is definitely not true. It seems you must be in the public system for a certain amount of time prior to that switch, but are allowed to stay. This is my situation. I have heard that if you come in from outside of Germany and start as a freelancer they might not let you in from the outset. Just ask questions.

Creative Freelancers : Check out the Künstlersozialkasse (KSK) (info in English at the bottom of the page).

As per the rules for the self-employed (like freelancers), they shoulder the entire burden of the monthly insurance payments. This is crushing for a lot of freelancers, especially lower earners. It seemed to be a big barrier to being an artist or writer in Germany and it was surprising to me. Then someone on Twitter pointed me to the KSK.

As far as I understand it, the organization is set up for artists, authors, publicists and other creatives that work on a freelance basis. They shoulder the “employers” portion of both health insurance and pension, making it actually viable to be an author or creative.  I don’t know much more about it, but it seems like a great opportunity if you are in that kind of business in Germany.

Not exactly health insurance, but health related, are the Apotheke’s (Pharmacy /Chemist).  Any drugs are only available here, whether prescription or over-the-counter like aspirin. I’ve written more about them here.

Prescriptions from the doctor’s come in the form of small (standardized) slips of paper that you take to the pharmacy to get filled. Depending on the drug, you will either pay a standard fee like 5euros or if the drug is not covered, you pay the full amount. Though the full amounts are reasonable, not insane. I had to get a vaccine for our trip and paid 28Euros. Which is a lot, but probably what I would have paid in the US even with insurance.

After-hours : Apotheke’s are open normal business hours, though some close for lunch as well. This said, nights and weekends, every city will have a rotating plan of which Apotheke’s are open after hours. So if you need something on Sunday or late at night, there are Apotheke’s open somewhere, even if not on every corner. Check out for “Not-Apotheke” signs on the windows of any local one. That should show you which one is open after hours at the moment.

This is really just a brain dump of what I’ve found out asking questions. If you know things from your own experiences that I have wrong, please let me know. I would like this to be a resource for people.

Here are a few other guides on the subject in English that seemed readable and helpful:

I take no responsibility for these guides either. As I am learning in the expat world, a lot of information is hearsay and different depending on personal situation and whichever person you ask. Do your own research, but let this give you a background.

Greenhouses at the Berlin Botanical Garden Climbing the Reichstag Building