Greenhouses at the Berlin Botanical Garden

I really like Victorian era greenhouses. Not necessarily the plants, although they can be neat, but mostly the architecture of the buildings. The Victorian age saw a lot of the European countries sending out explorers with an interest in the world and a home population craving for them to bring it back. The late 1800’s also saw a rise in industrial methods that made glass and steel structures soar. This together makes the structure fascinating; a sense of technology, science, history and exploration rolled together.

While we were in Berlin, I found a listing for a set of greenhouses in the Berlin Botanical Garden and took my parents to go wander through them. 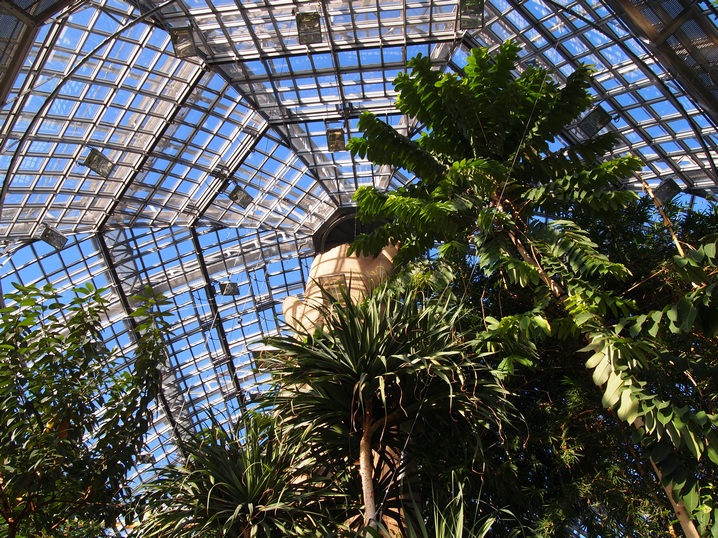 I was only really interested in the greenhouse buildings, but they are in the middle of the Berlin botanic gardens. The gardens themselves look pretty impressive from the map. We were there in December, so the lush greenness was pretty much isolated to the greenhouse complex in one corner of the large park. There is also a Botanical Museum in the gardens for an extra fee, but we didn’t go through it.

We were there in winter of 2013-2014 and the greenhouse complex was partially under construction, but we were able to get into all sections. According to wiki it was originally built just over 100 years ago. Winter must be a good time for renovations and it is great to see that they are keeping it up for the city. I even saw a sign as we were heading out for a tropical party with tours in January. 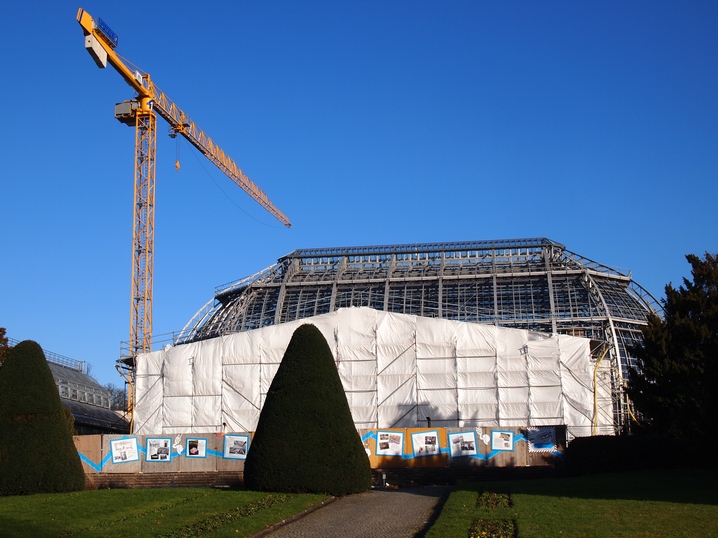 Admiring the Steel and Glass

I had really only read the description of the “Tropical House” and wanted to go. The last one I had been in was the Vienna Palm House. What I didn’t realize then was how big the complex in Berlin is. The enormous main building has something like 12 sections depending on how you count. Each section was a different climate or different grouping of plants. 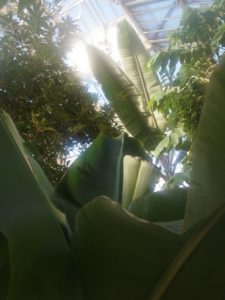 Coming in from the fresh Berlin winter chill into the hot steamy tropical sections was pleasant, though heat and moisture contrived to leave my glasses and camera lens foggy for quite a few minutes. We got lucky with a bright sunny winter day and I could not have told you what season it was outside while we were in the houses wandering around.

Currently the entrance is in section C, which is “Useful tropical plants”. Each plant in the square section had a sign showing not only its name, but also how it is used. I was actually looking for both chocolate and vanilla, but I couldn’t find them. The plants are dense and I didn’t have the patience to look at each little sign. I did find papaya though. I have never seen it on the tree before.

The entire building is a C shape. One end is tropical ferns and trees, the center is an enormous section of mixed trees from several continents. The far side goes through a small section of insectivorous plants and into desert plants and cacti. The whole thing is on a hill, so the front sections are two stories tall letting you look down into the vegetation from above. It isn’t however very handicap friendly in those spots. 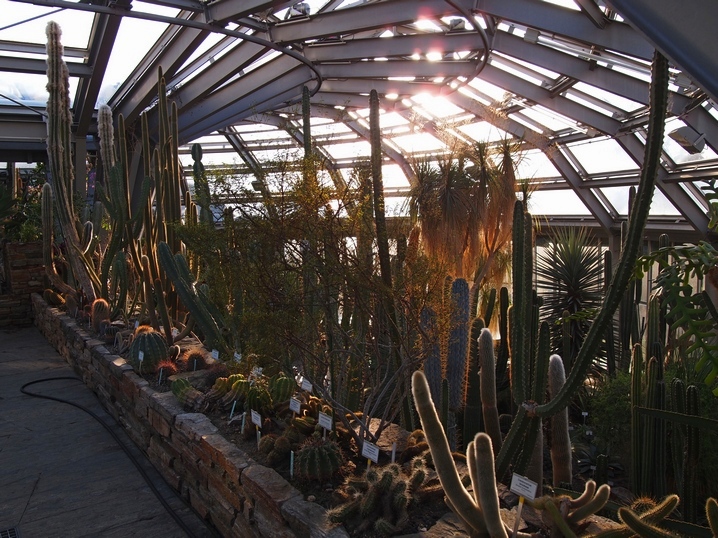 A separate building houses the Mediterranean collection. The climate across the islands and bordering countries is varied and the greenhouse attempted to show this off. Little white placards on sticks identified areas and labeled plants. A narrow concrete path wound between beds housing towering palms and flowering shrubs. 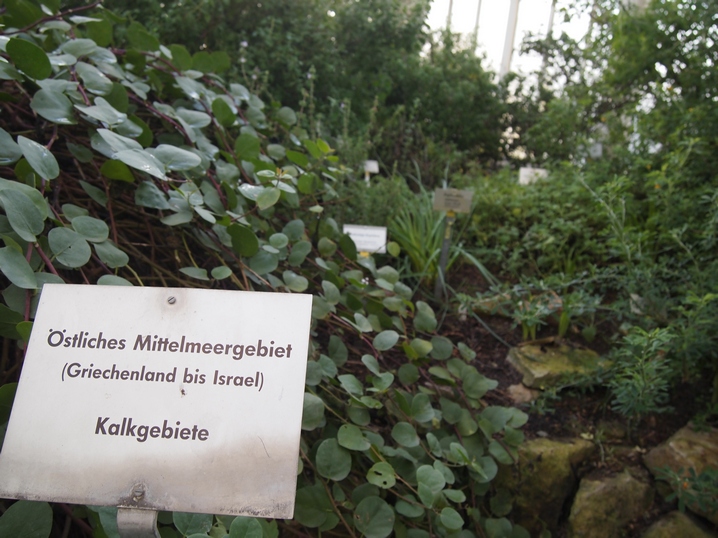 Although large in the sense of a greenhouse, the building was small compared to the region it showed. Individual beds were labeled with large swaths of land and soil like “Greece to Isreal : Calcium Rich”. I found the back of the building more interesting where it showed the Canary Islands.

I know them mostly as the destination of German tourists, but apparently the north and south sides of the islands have appreciably different climates to have cacti on the dry side and tropical wet plants on the other. Through a door in the back was our first taste of the steamy tropics. The whole experience did have a bit of the taste of travel, but without the jetlag.

Ali and I have both written about trash-pickup and the German cultural obsession with separating the rubbish. I was not at all surprised to see plenty of trash cans at the gardens. For a place dedicated to plants and the environment it makes sense. What I had not anticipated was the humor. Each separate can was labeled with a fun quasi-latin description echoing the labels on all of the plants in the park.

Restus Wegwurfus – wegwerfen is the German word for “to throw away.” So this is a spoof on the meaning of the black bin, “the rest waste.
“Plasticus Berlinensis – “Plastic which comes from Berlin”? Maybe.
Papyrus Antiquus – My quais-latin is a bit rusty, but I read this as “old paper.”
Glasus Vulgus – This one I didn’t fully understand. Vulgus? Vulgar?

A good day to wander

Entrance is 6 Euros a person for the gardens which includes the greenhouses.
Check on the BVG site (Berlin Transport) for the best way there. The greenhouse is closer to the entrance at Königin-Luise-Platz.