Isemarkt – Market under the Tracks

I am a big fan of street markets and a sucker for nostalgia. When we planned to come up to Hamburg for a weekend from Berlin, Isemarkt popped into my mind immediately. The market part of that urge is understandable. Isemarkt is a long open-air European style market in Hamburg which stretches out between two stations of the elevated train under the tracks.

The nostalgia part comes from 1994. That was the first year I came to Germany. It was a very hot 2 months in the summer at a homestay near Hamburg. Isemarkt was one of the first places my host family brought me and I was hooked. This market was my first European market. And you never forget your first, right? 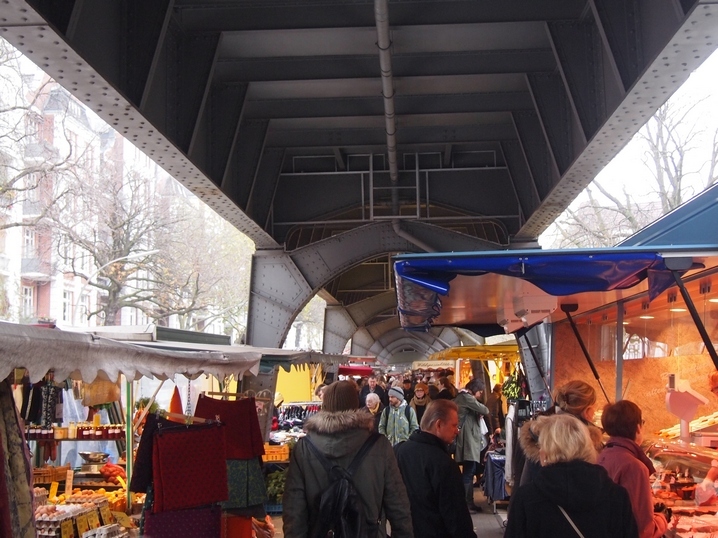 Isemarkt extends along Isestrasse north west of the city center of Hamburg. It is found between two stations on the circular U3 line. Hoheluft and Eppendorfer Baum stops are at each end allowing you to walk through from one to the other as one long row. This website claims that it is the largest outdoor market in Europe at a kilometer long.

The Isemarkt is open on Tuesdays and Fridays from 8:30am-2pm, so make sure you plan accordingly. (Planning is the German secret you know.) 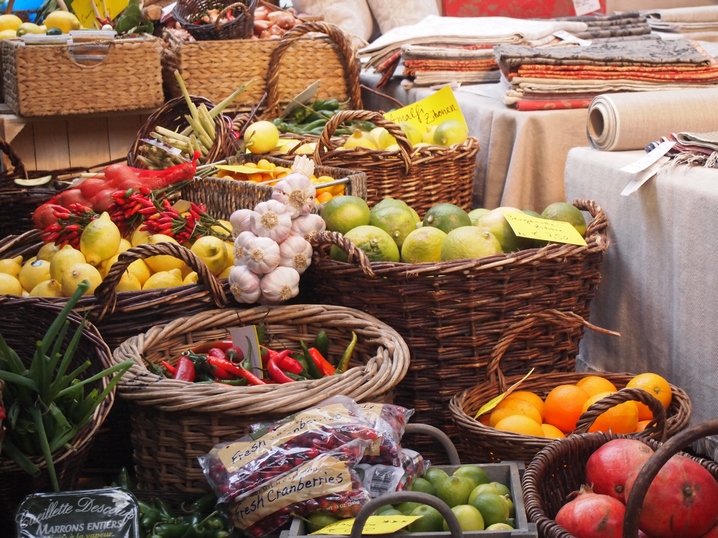 What do they have at the Isemarkt?

I remember very clearly being offered a horse sausage from a vendor in the 90’s when I was there as a teenager. I didn’t see that in the sausage stalls, but plenty of other Hamburger specialties did show their faces. Fisch sandwiches and the ubiquitous sausage on a bread roll are easy to find amongst the produce stalls.

It is a very typical Germanic farmer-style market. Most of the stands are selling fruit and vegetables. The usual suspects are available at nearly every stand. I did see a stand that specialized only in potatoes though. The round tubers flowing over the table in a handful of varieties. In classic German fashion, offerings at the Isemarkt are seasonal and regional. On the crisp cold November Friday morning that we visited, pumpkins were a plenty.

This is still Germany, so bread features very heavily. The bread was not much like what I am used to in the bakeries at home in Freiburg. Laugen was not as common, though other forms of breads and even cookies abounded. Germany’s regionalism is alive and well. 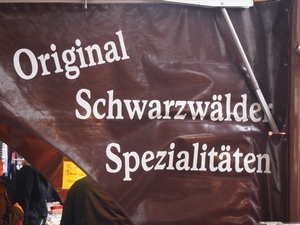 Hamburg is city whose history is tied into the sea and trade. This influence is shown in the form of the many fish stalls as well as a few spice stalls imported from overseas. And however regional Germany is, we even saw a Schwarzwalder Specialities stall selling stuff from down near Freiburg.

Isemarkt is primarily a food market, but there are a few non-food places mixed in as well. We saw a stall selling all manner of brushes in every shape and size imaginable. One guy even had winter hats with big fluffy balls on top which lit up.

You have seen markets? You have been to German markets too. Is this that much different?  Well, maybe not. It does have a very Hamburg feel to it in my mind though. It is possible that my mind is colored by the nostalgia, but still I like that fish figures so prominently. And beyond that, eel (Aale) is an option as well. Eel just screams Hamburg to me. 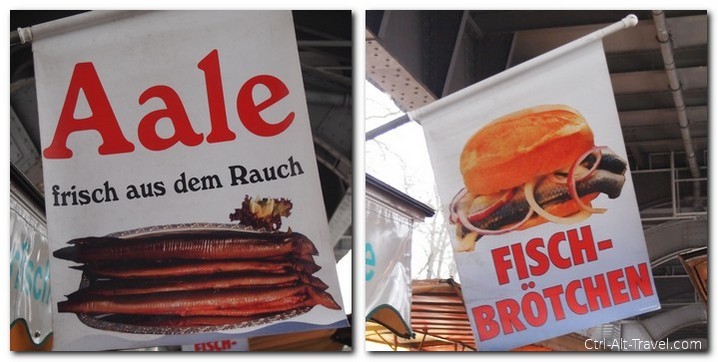 I also find it quite unique to be under the train tracks. it is a nice place to walk in the rain amidst the bustle. If you really can’t stand crowds, be aware that since it is only one row it can end up with little people traffic jams. Even so, it is only open on Tuesdays and Fridays, so will not be as crowded as a Saturday market could be.

Alexanderplatz TV Tower : Berlin From Above Greenhouses at the Berlin Botanical Garden