One of the most common questions about our Beyond Vacation trip was “which place did you like the best?” Minori on the Amalfi coast is my answer. Of everything we did and saw, the week of doing nearly nothing in this small Italian town was the best of the trip. Being there helped us tune into a few of the things we wanted Beyond Vacation to be. It also helped show us how we are happiest.

Minori is a town of under 3,000 people. It is still a resort with tourists, but we didn’t hear much English in our week there. 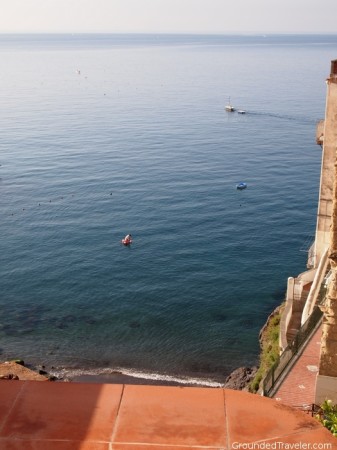 We rented an apartment up 87 steps from the road which looked out over the cove and beach. We had a kitchen and cooked, so we went to local stores and saw the same people working most days. I went into the butcher a few times until he had the chicken that I was looking for. Though he recognized me after only the second time asking for pollo in my poor Italian.

We sat at one outdoor restaurant for dinner one night. We had to walk by it to the beach the next day and the owner waved and said hi. We went back to the same cafe and umbrella-rental place a few times. They didn’t seem to recognize us, but it felt nice to know them anyway.

From our perch high above the beach, we watched the town’s evening routine as the sun went down. The same old guys came out every night and sat around a table under a tree to play cards. The beach umbrellas are closed as the sun goes down and the lights switch from one side of the road to the other as the evening restaurants and one place that sounds like an occasional dance club start up. 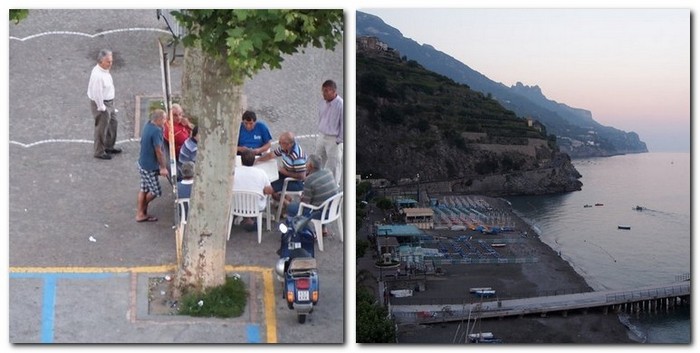 There are ruins of a Roman villa from the first century in the center of town. There is also a Basilica that we saw marked in the Vatican gallery of maps. So while it is tiny, the town has been there for centuries. And while it is only 15 minutes by bus from Amalfi town it feels quiet. Not in the boring sense, but in the sense of not being overwhelmed by tourist shop.

Cheap Beer and a Terrace

The best part of this week for us both? Sitting on the terrace in the evening with cheap beer and talking.

The small square terrace enclosed in whitewashed walls was paved with terracotta tiles. As the sun went behind the hill it was shady enough to sit out and watch the town and sea below. The sea breeze at night was cool and yet the tiles radiated the warm of the day.

We fell into a routine after only a few days. I would go down and buy cheap beer at the shop and we would sit out with it and talk. And I mean cheap beer. 45cents a can style stuff. While Italy does have some decent artisan beer, this was not it. It was drinkable and just the thing to help us sit and talk about our dreams and wishes. We did a lot of thinking and talking that week. 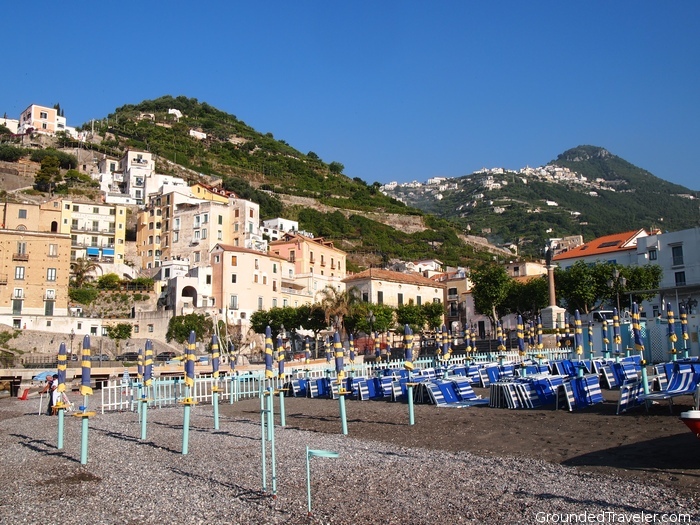 We spent two days of our week out on the beach. Ten euros for two chairs and an umbrella for the entire day is not a bad deal. I can imagine in the height of the season you might have to go early for a spot, but we were able to wander down at 11am and get a decent spot.

The first day was wonderful. It felt like we were in Italy baking under the sun and enjoying the Mediterranean. It was the beach time we had been hoping for. So we decided to go again and decided we are not as much beach people as we had expected. The sun moves and it gets really hot for the person on the wrong side of the umbrella. We decided we like to be sun-adjacent, not necessarily in the sun directly.

Whether in the shade of the cafe, on the terrace or under the beach umbrella, I spent most of the week reading on my Kindle. I really like reading and this was a great week to just relax and let the mind sink into books and the fiction mindset.

We could have been in a hotel in one of the more famous towns. We could have gone and did more in the area (we didn’t make it out to Capri for example), but it was such a wonderful week to just sit and be. The small town atmosphere was wonderful for it too.

Check out Ali’s wonderfully evocative post on Minori as well. 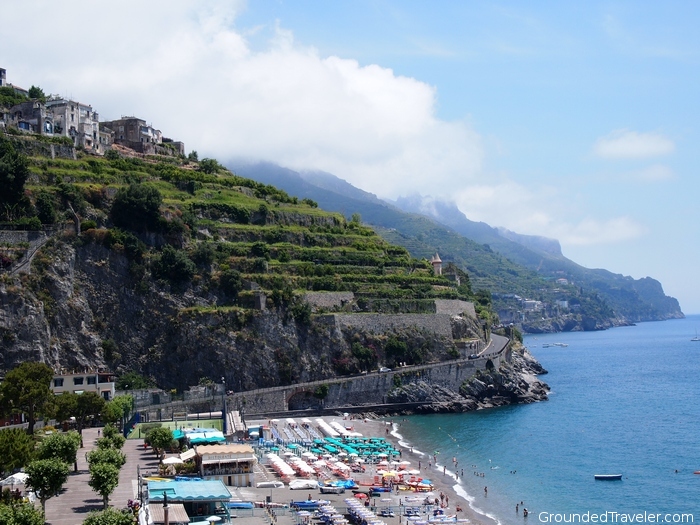 Positano and Amalfi : Braving the Tourist Hordes Trips are our kids