Our adopted hometown is Freiburg, Germany. And while it is small, Freiburg is in the middle a lot of great places and works quite well as a base. The city itself has plenty to see and is a nice place to relax after a long day underway. If you are interested in outdoors stuff, you can make plenty of daytrips just to go walking, skiing, hiking or biking in the area.

Here are some of my favorite city trips you can do from Freiburg in only one day. 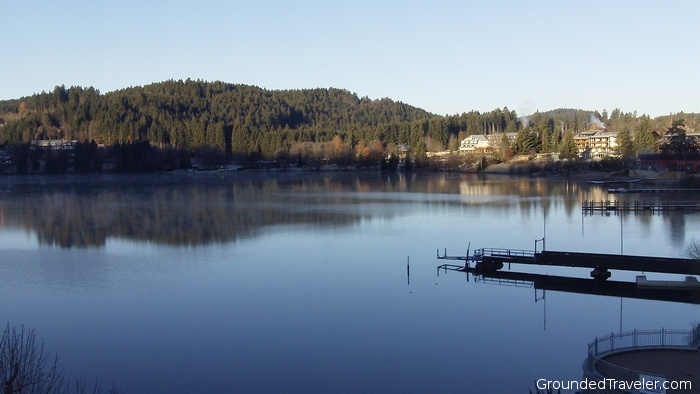 Any one of a combination of these is a nice trip out of the city into nature. Hiking trails abound both there and along the way.

Baden-Baden is a Roman era spa town about an hour and a half north of Freiburg. The roman era spas have been supplanted by more modern spas, but the relaxing aspect of the town is still there. A long stretch of grass along the river Oos (great name huh?) is there to be walked along and enjoy being outside. 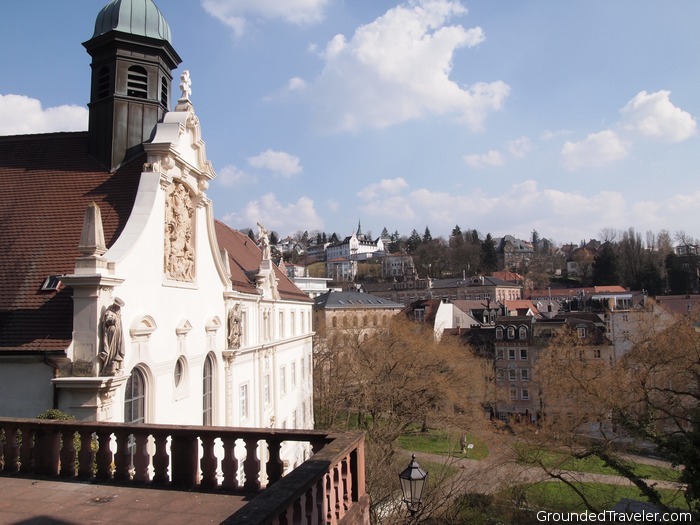 Further Afield in the Region

If you want a bigger city, Karlsruhe is the place. There is a zoo and a renaissance castle as well as several museums. There are even a few shopping malls and movie theaters in town. It is also a university city like Freiburg, but much bigger and not so centered around the students. About 2 hours on the regional trains or a single hour on the ICEs from Freiburg.

The area of the Kaiserstuhl lies between Freiburg and the border to France. It is an extinct volcano and the region’s wine growing area. You can get out there on the BSB trains from Freiburg. I have unfortunately never been through the area, but have heard so many things about it. There are a number of little towns that have wine fests in the summer and there are plenty of hiking and biking trails.

Breisach is the end stop of the BSB short trains and on the river Rhein. The town is snuggled up against the base of a hill crowned by a cathedral. The center and the cathedral is a short walk from the train station. When I took my parents there, we went to the history museum which explained that the area has been habitated by humans for thousands of years. Pretty neat although otherwise it is just a village, though a nice change of scenery. 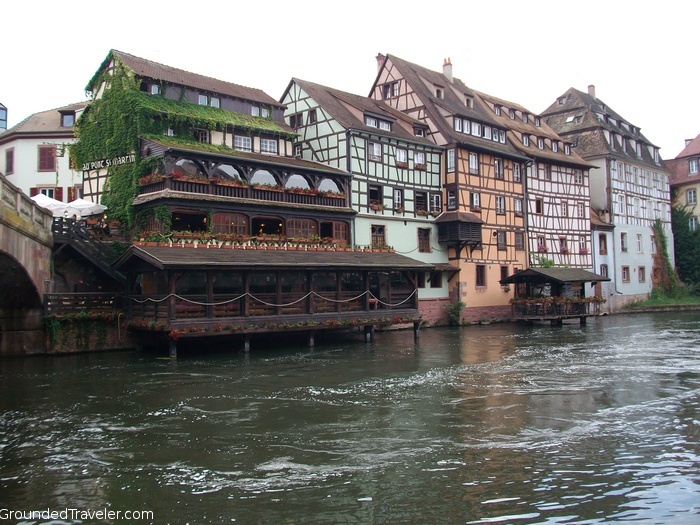 Colmar is a picturesque village in France nearly opposite Freiburg. Once a part of Austria like Freiburg, but on the French side of the Rhein, Colmar is a neat little touristy town. Half timbered houses abound as well as a large Cathedral, a “little Venice” area and several museums. It is also known for Christmas Markets in the season.

You get there by taking the train to Breisach and a bus from there. The bus leaves from outside the train station in Breisach. There is an Alsass pass which covers trains in Germany as well as this bus back and forth. The bus schedule is a little irregular, so check the times for coming back before you get lost in the town.

Strasbourg is another local French city to visit from Freiburg. It is much bigger than either Freiburg or Colmar. The is plenty to see for a day. Shopping and eating as well as wandering the interesting streets. The center of town is dominated by a cathedral, which has a very detailed clock inside. A river runs through town and boat tours are also on the menu to be seen. Check out “La Petite France” at Travel Canucks for a look at another little area of town.

As much as I love trains, Strasbourg is one place where a car can be helpful. It is definitely possible and fairly easy to get to Strasbourg on the train, but due to having to switch trains in Offenburg it takes a lot longer than by car.

Basel is at the corner of Germany and France inside Switzerland. This is not the stereotypical Alpine town of Switzerland. It does have its charms though. A fanciful fountain, several churches and a bright red townhall anchor the architecture side of things. Rhine side walkways and banks to lie on and a zoo offer more variety.

Basel is an hour or so on the regional trains. If you have a Baden-Wurtemburg ticket, ask about where you need to get off in Basel. There are several stations and the rules of where that ticket is valid to change. There is at the least a German station that you can get out and walk to and from, but I have hard rumblings of them changing it.

If you are looking for a more alpine feel for your daytrip, take a look at Zurich, Luzern or Bern. Each is about 2 hours on the train from Freiburg, changing in Basel, so it is at the edge of what I consider a good daytrip range. They are also in Switzerland, so quite expensive, but if you want to see alps they are a good choice.

Zurich is around a lake and one of the most expensive cities in Switzerland. One sight I remember is a very large clockface. There is also a chocolate factory and a city to explore, so it isn’t all boring. Read more about Zurich at Traveling Canucks.

Bern is the capital of Switzerland. I have really only ever passed through, but it looks pretty cool. There are bears to see and giants that eat children.

Luzern though is where it is at for a real alpine feel. There is plenty to do in this lakeside town. A sleeping lion is carved in a rock wall near the center of town. A hike up gives you views of the lake and you can walk along an old towered defensive wall. A wooden bridge with paintings spans the narrow part of the lake and a group of brightly painted houses can be found in town. If you are looking for a “swiss experience”, this is my choice of towns. Just be aware that swiss experiences come with swiss prices.

Check out the article at Traveling Canucks about Luzern.

The trains are your best bet for transport for these. There certainly are other sights around if you have a car, but we don’t so I don’t have much experience with them.

For the daytrips within Germany, you can buy a Baden-Wurtemburg Ticket which covers transport on regional(red) trains and public transport in the entire state for 21 Euros for the first person +4 Euros per person up to 5 people total. This is a great deal for daytrippers. It just doesn’t work over the border.