What can’t you get in Germany, than you can in the US?

What exists in America that you can’t get in Germany?
This question of what exists in the States, but not in Germany is a popular search that lands on the blog. I have written about it in various forms, but I thought I would take a stab at answering the question directly.

Short Answer: Not much. Germany is a modern economy and has pretty much anything you can get in the US. In general, there is almost nothing that I cannot find in some form here that I had in the US. The issue comes when looking for specific things. 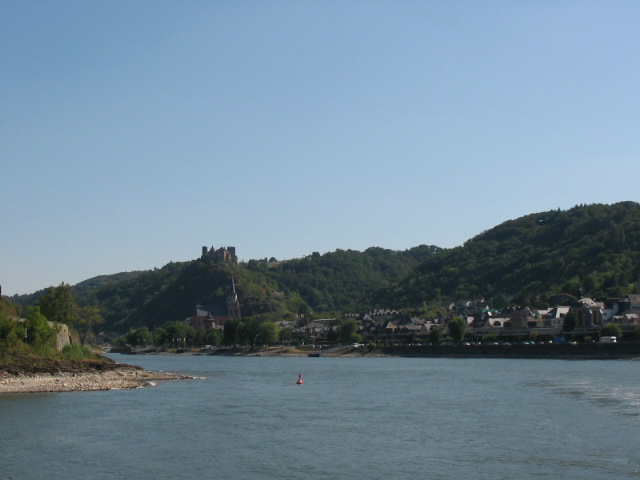 Thoughts about the question itself

I see this question over and over in my search terms and I am curious about the background, the Why. Are they looking for gifts to send to friends in Germany? Or are they coming here and want to know what to bring that they can’t get here? Are people looking to gloat somehow? Maybe market research?

I like to see good in people so I will assume it is one of the first two and answer based on that.

While you can get most things, the biggest distinction is price and selection. Jeans for example, which are also ubiquitous here. If you happen to need Levi’s or some other high profile American brand, you will pay a lot more for it. I remember going to the outlet malls at home, so these kind of prices frighten me to see. If you can be happy with an unknown(to you) store brand, the prices are not so bad.

Another one we have noticed is Tylenol, which is called Paracetamol here. We remember getting a bottle of 200 pills for a couple of bucks at a drugstore over the counter at home. Here, you have to ask at the Apotheke and get a packet of 20 for 1Euro80 (a little over 2USD). So while it is definitely here and not at all worth “stocking up” on in the US before you come over, there is a price difference. Though I figure if you are popping them in quantities high enough to make a big difference on your budget, you might have other problems.

Contact-lens fluid is another example of price differences. In the US, the Target brand could be a few bucks. Here a bottle is over 10 euros, no matter where we check. Ali’s experience while traveling shows this to be more the norm than the exception, which the cheap stuff in the US being unusual in the world. So again, it definitely exists, but at a different price point. 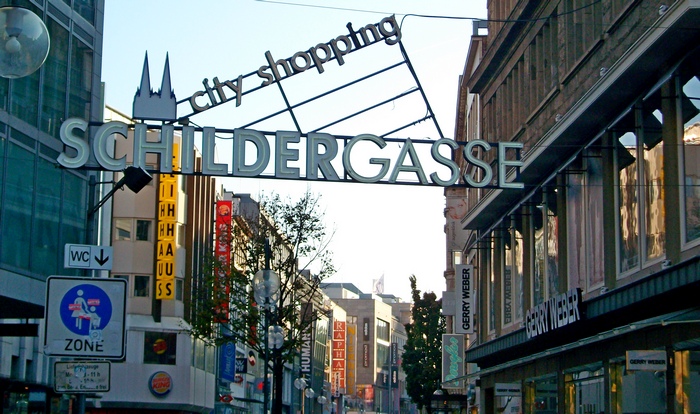 If you think you can’t live without something, try to imagine how millions of people in your host country live without it.
If they don’t, you will find something that works.
If they can, so can you.

Selection is not as wide

Selection is just very different in German grocery stores. Space is more at a premium in the dense urban areas, so it is used differently than the sprawling stores at home which can stock everything. Take peanut butter for example, definitely available here. You get a choice of creamy and chunky in one brand. If you are lucky, you may see a second brand. Though on the flip side, there is an entire wall of different types of salami. There are even multiple different words for ham in German depending on what part of the pig it comes from.

Back to the jeans example, size selection is based on the European bodies, so don’t expect the XXXL’s to be as common. This is true of a lot of clothing and shoes. I am not at all a fashionister (umm is that even the right masculine form of fashionista, is there even one?), but styles definitely are different here too. So while “clothing and shoes” are more than available (seriously, new shoe stores seem to open up every few months here), you may not be able to find exactly what you could in the malls at home.

Coke exists. So does diet coke and coke zero. I have even seen vanilla and lemon, and I like the diet caffeine free stuff occasionally (caffeine and I do not get along well most days). We don’t seem to get any of the flavored coke zeros though. On the flip side, they have Mezzo Mix which is a mix of orange soda and cola. You don’t get that in the US!

As a last example of selection, Ali and I went looking for a new backpack at one point. We knew pretty much what we were looking for and could almost picture it on the wall at REI in Atlanta. Something just at the upper edge of the carry-on size, wide and deep enough for a laptop, backpack style straps, several pockets for smaller things and front-loading, not top loading. We went to 4 different stores and pretty much encountered all the same type of bag. In many cases, the same brands everywhere. This just seems to be what is on the market here, so people get used to it and buy it, keeping it “in style”. This seems to be a function of space and demand. The US has the space to attempt to fulfill a wider amount of demand, so the stores try to. Note that this example is in Freiburg, which is NOT the biggest town. If we had tried in Berlin or Munich, maybe it might have been different. If we had tried looking in a village though, our chances of finding much of anything would be slim.

Your favorite brands of things may or may not be available. And your favorite flavor of whatever, be it toothpaste or jelly may not be popular enough in Germany to appear. This is an extension of the selection point.

If you are able to be flexible and try things, you will find pretty much any need is fulfilled here. One of my favorite quotes from the preparation for study abroad talks was this. “If you think you can’t live without something and have to bring it, try to imagine how millions of similar people in your host country live without it. If they don’t, you will find something that works. If they do live without it, so can you.” It has stuck with me as good advice.

Of course. Food being a very prime example that I have written about before. Tastes of food are different. Grape jelly doesn’t exist, nor do Jolly Ranchers. Cheddar cheese is hit or miss. The selection of soups is poor at best. On the flip side, salami is plentiful. In-season produce and bread is also easily found. Beer and wine, of course, is no problem. English books take a bit to find, but with online ordering from Amazon UK to Germany even that isn’t bad.

If you are coming for a study abroad, plunge yourself into the society and see how other people live. You will see far fewer differences at the base level beyond a different language on the packaging.

If you are coming as an expat for long term, similar advice actually. Figure out what you can and can’t live with not finding (able to untangle that?, good you are on your way to untangling German), then hunt around online for a few things and get family and friends to bring you others.

If you are looking for gifts for German friends. Electronics are bad due to the different plugs. DVDs and such are bad due to the region coding. Beyond that and any customs regulations, think of perhaps something really local to your home that someone even in the other parts of the US wouldn’t know about.