Baden-Baden is a roman era spa town in the area of Baden in south west Germany. Thousands of years ago the Romans founded it as a set of baths. Baden means baths in German. It has certainly developed a long way since those roots. Much of it was overhauled and rebuilt in the grand styles of the 1800s. The Trinkhalle is one of these buildings. 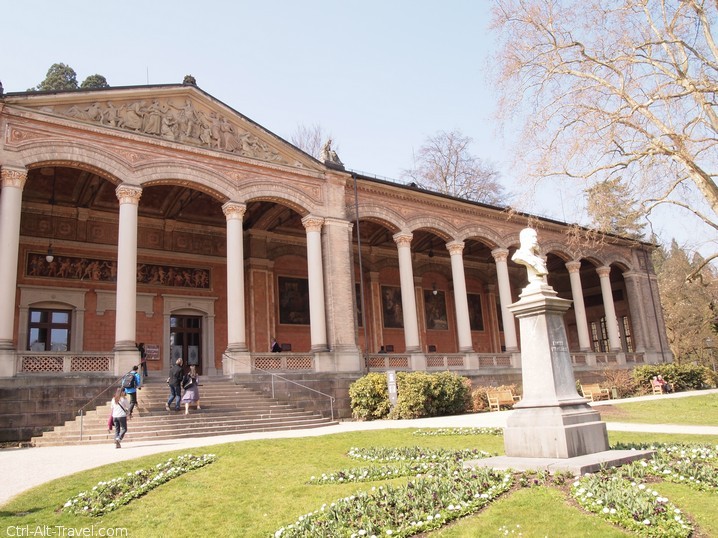 I’ve seen Trinkhalle translated as Pump house, but that seems odd to me. Trinkhalle literally becomes drink-hall. Since it is a spa town, this means not beer but mineral water. Nowadays the tourism board has an office in the building, but even in the middle of their hall is a spigot that you can drink from. This makes it a good first stop in Baden-Baden. Not just for the tourist info, but also to get into the sense of the spa town. In addition, I found the gallery out front very engaging. 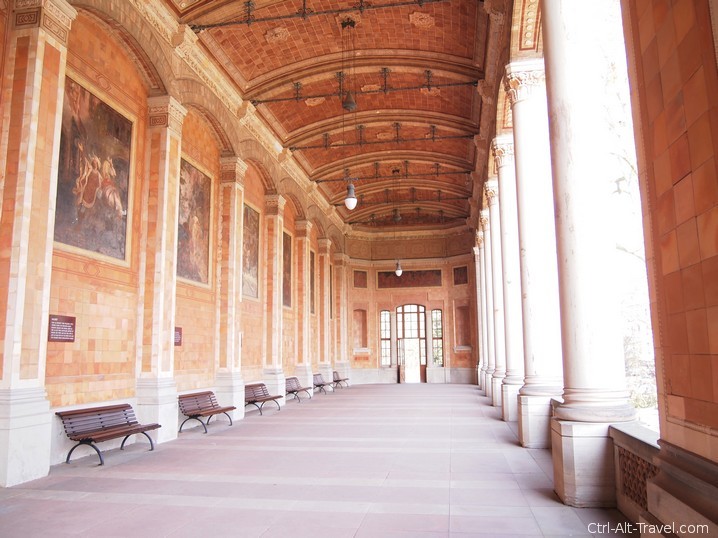 The gallery runs the entire length of the building. There are columns all along the front edge and each alcove along the back has a large painting. It was such a neat place to just walk and be in. Ali and I had just bought new cameras and this was the test daytrip for them. So I started taking pictures of everything; including the arched and ornamented ceiling. 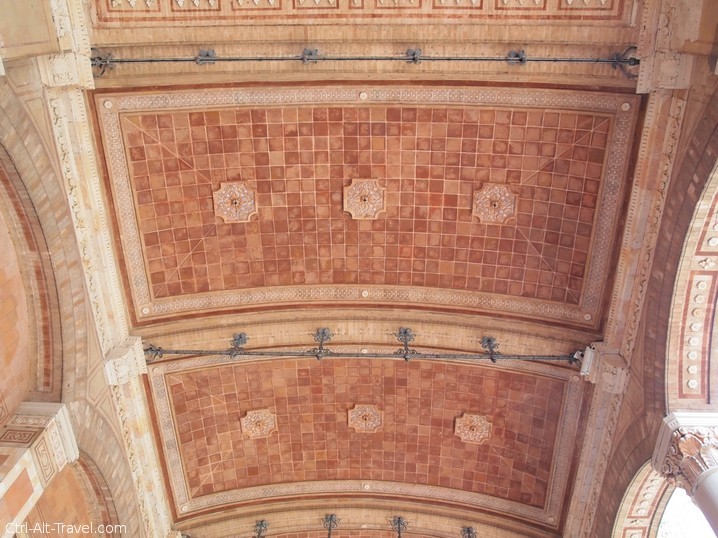 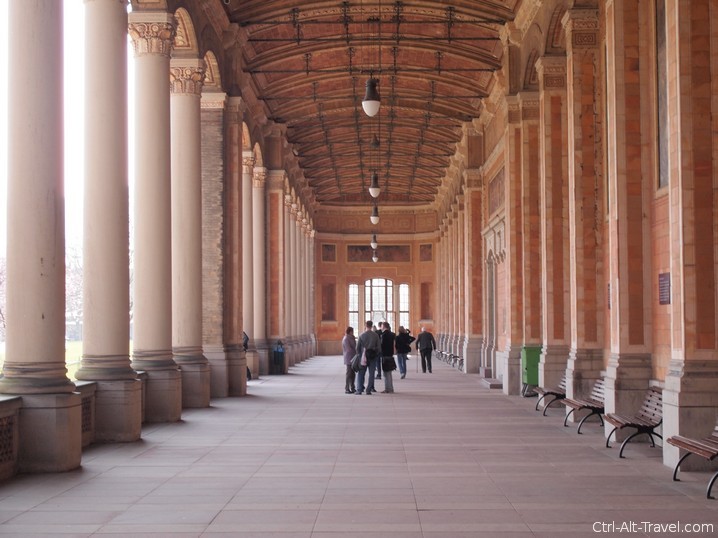 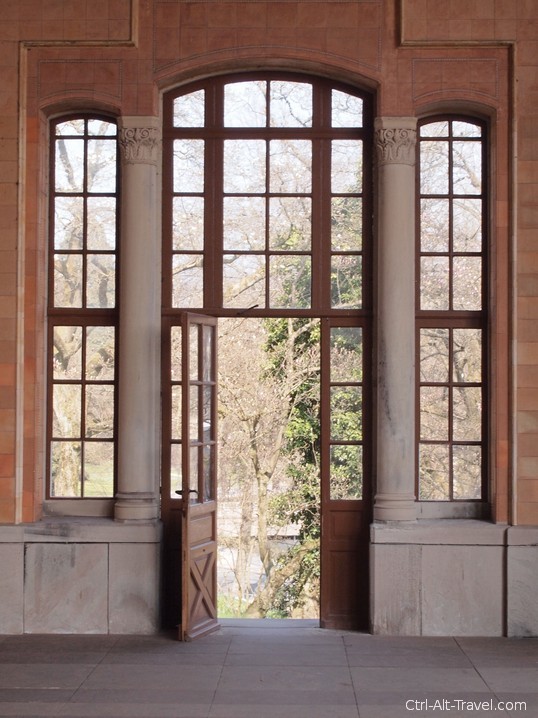 I make no secret on this site how much I like to take pictures of doors. Each end of the gallery has a door that leads out to a path that winds through the landscape. Given that the front of the gallery is open with broad steps, it seems weird to have doors on either end that close. Yet they do, and each door is surrounded with some beautiful glass paneling. All in the same grand style of yore. 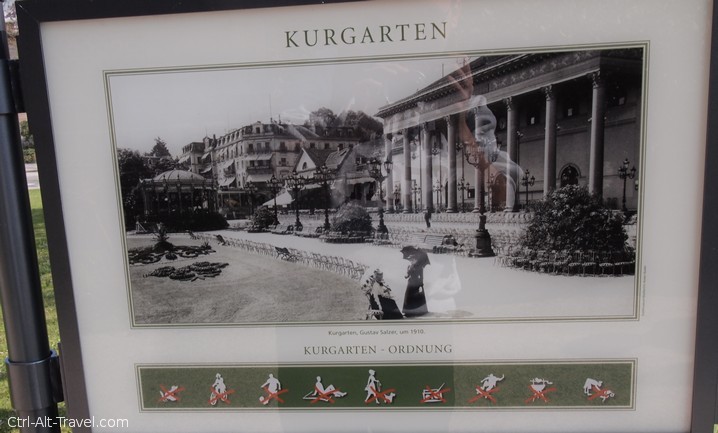 The Trinkhalle is in a nice park with flowerbeds and green spaces, the Kurgarten. In classic German form, this is the sign showing the rules for the garden.

So really what is left? Well, calmly strolling is allowed as well as enjoying the sun. The Kur is supposed to be a relaxing place.

And just if you thought they made up the name “Trinkhalle”, the building is labeled. 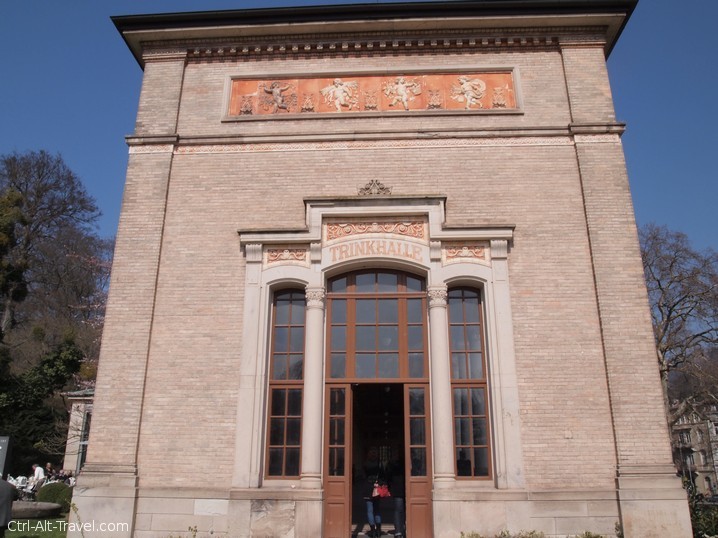