German is stereotypically the land of beer. The Reinheitsgebot, the beer purity laws from the medieval ages, and Oktoberfest are both German and just spread this idea that beer is king in German. And it is, but I like Belgian beer better. The Reinheitsgebot makes sure beer in Germany is up to a specific standard, but it stifles the creativity. Belgian brewers have a more whimsical look at it and I like this. Oh yeah, there was chocolate there too.

On our second day in Brussels we went to a beer tasting at the Spirit of Wallonia(link in French) in the tangled streets of Brussels. Sitting in a quiet courtyard with a bubbling fountain for background music the group was led through three Belgian beers by a guy that knew his beer so well he could joke with it. 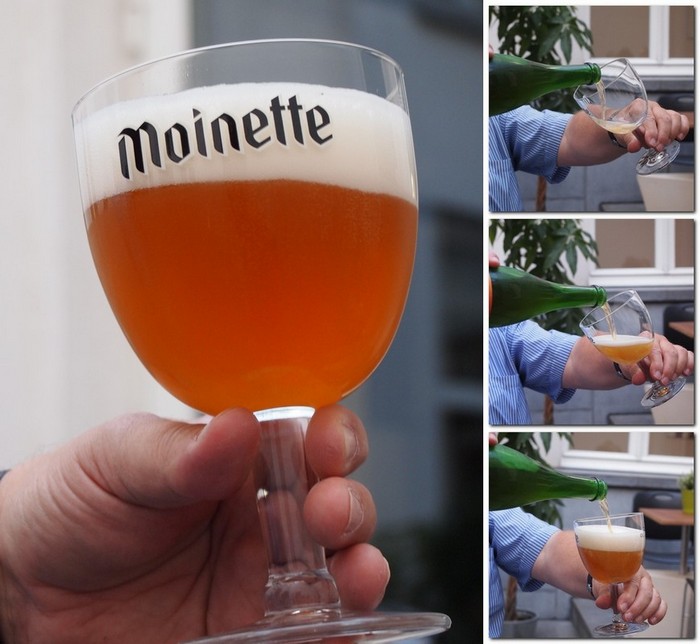 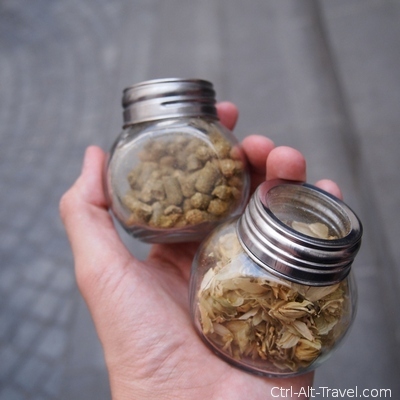 The instructions we were given to taste beer were remarkably similar to those given to taste wine. It made me feel like more of a gourmet than I really am. I like beer, but I am quite happy to just take a big gulp and enjoy the tastes across my entire mouth. He had us examining the bubbles and tasting the sweetness and bitterness of the beer.

He also passed around the various ingredients to the beer we were tasting. Both the hops flowers and the various flavoring components. He joked about Pilsners needing young, blond, female, virgin hops to make that beer. That got a snigger out of the group. This is where the funny stuff started coming out. Both from him and us.

Getting Goofy with Beer

I like the goofy self-portraits. Why not? They are fun. And despite the high-brow nature of swirling sips of beer in our mouth, it was fun. So I started taking pictures of me with the beer. Here are the three we were given to try.
The details of each beer come from Ali’s notes. I wasn’t so much paying attention to the details. 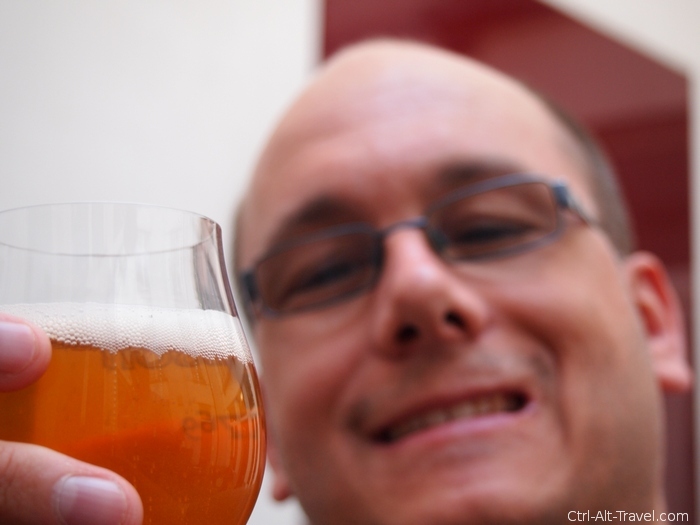 Me and Moinette: 8.5% though it was sweet enough that I didn’t notice the high alcohol. It felt light though not like a Pils at all. 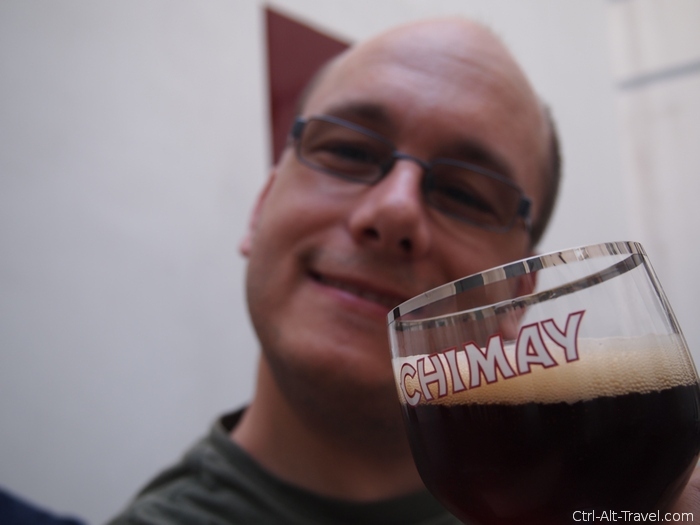 Me and Chimay: 9% and again sweet enough to not hit you so hard on the palate. I liked this one the best of the three, though I have had it before in the US even. Chimay is a Trappist beer from one of the Belgian brewing monks. 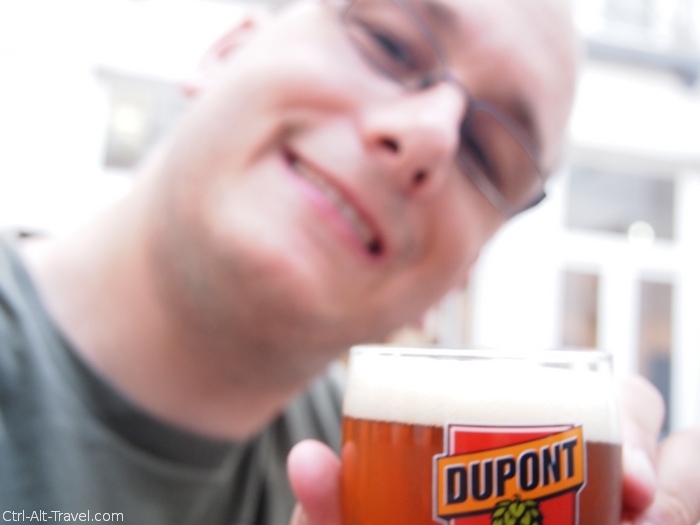 Me and Bush: So the last beer was called Bush, no relation to the college style swill in the US. So the glass didn’t match oddly enough. This was the highest alcohol at 12%, but I still didn’t notice. This good perhaps have been because it was the third in the row, but still quite good.

So the last aspect of this tasting that just made it tops was the chocolate. Just as you pair wine with food, our beer-guide led us through pairing chocolates with beer. Such a Belgian thing somehow, though I forgot to ask what goes with Waffles or Frites.

Sweet beers should be paired with bitter chocolates. Each mellows some aspects of the other and fills out the flavor. So in reverse a more bitter beer should be paired with a sweeter milk chocolate to reduce that bitter edge. This was a fun thing to play with. And since there was a plate of both chocolates available i tried sweet chocolate and bitter with all three beers. I did notice that the sweeter chocolate helped mellow the bitterness of the sharper beers. Maybe I didn’t notice the alcohol content so much due to this. 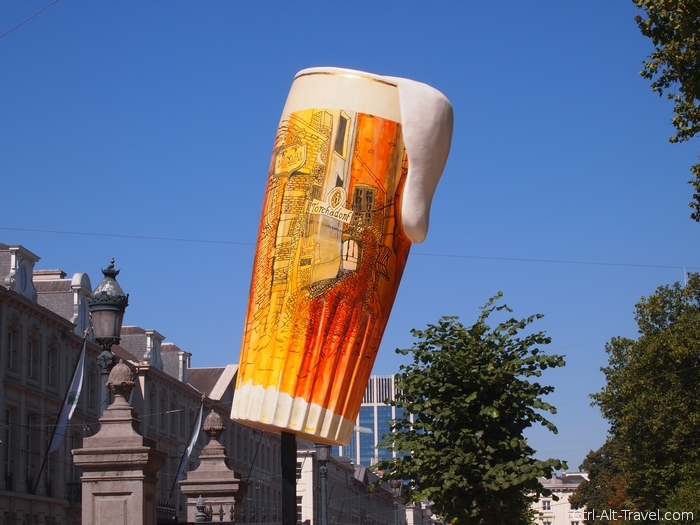 I still enjoy German beer. I tend toward the darker richer ones though. A Pilsner is nice one a hot day, but otherwise not such my favorite. But give me a Belgian Beer any day. I quite like the creativity of it.

Even beyond the one we tried that had orange peel and coriander in it, they get wild. Kriek and Lambiq are fruit flavored Belgian beers. On the last day, we had lunch in the Comic Museum. I had meatballs in a cherry beer sauce. It was tasty and nice. This is why I love Belgian Beer.

–
We were in Brussels as guests of the Belgian Tourismus, but of course all of the opinions, photos and quirky observations are my own making.

Making Pancakes From A Bottle Baden-Baden Trinkhalle Gallery – in Pictures