I really love pancakes. Everyone has a food that reminds them of good times and pancakes are that for me. (Oh and pecan pie, but this post is about pancakes, not pie.) In the US, there are places like IHOP and Waffle House that line the highways. Anytime I got a hankering for pancakes at 2am, I could go and have fluffy goodness prepared for me in a dozen different ways. In Germany, not so much. 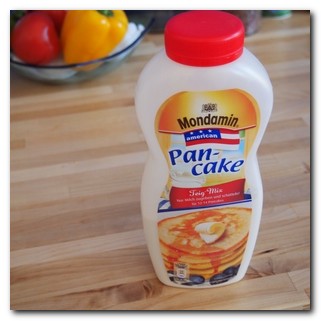 They do have things called Pfannkuchen here, which translates to Pancakes. Yet really when they put meat and other things inside them, they are not real flapjacks. They are thinner and more crepe-like than fluffy style things.

Disappointment. Though they are ok, not what I want when I think of pancakes. The memories come with the texture and taste, not the name. However I noticed a bottle in Rewe a while back labeled as American Style Pancake mix. We decided to try it. Here is that story.

So the idea of this is that the bottle is about half full of powder. You fill it to a line with milk, shut and shake. Extra points for seriously easy preparation. Even the mix at home isn’t that easy. There is measuring and a bowl required. 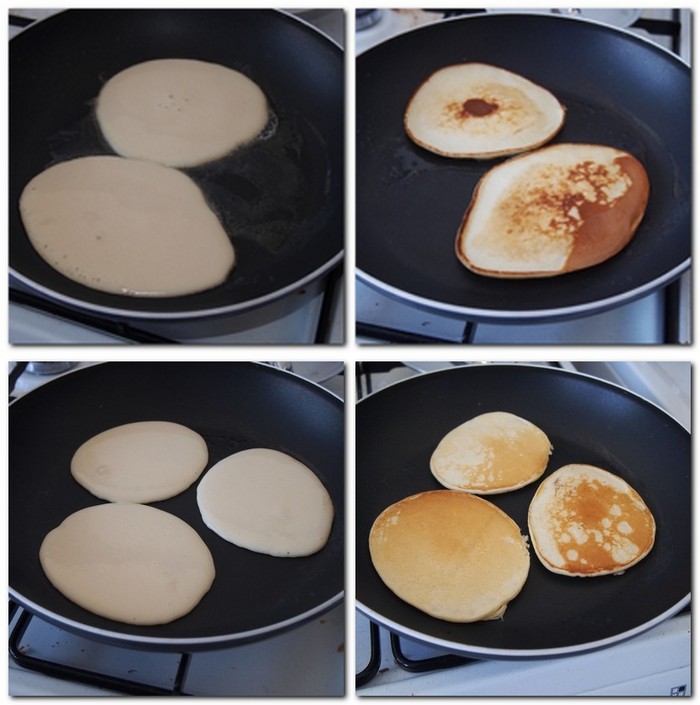 Once the stuff is mixed you let it sit for a bit and then just start squeezing it into a buttered pan. This is where my previous pancake making experience came in handy. I remember that you want to see bubbles along the edge. That is the sign to flip when the bubbles come up all over. This served me well. About the 2nd or 3rd batch I was getting them decently brown when I flipped. 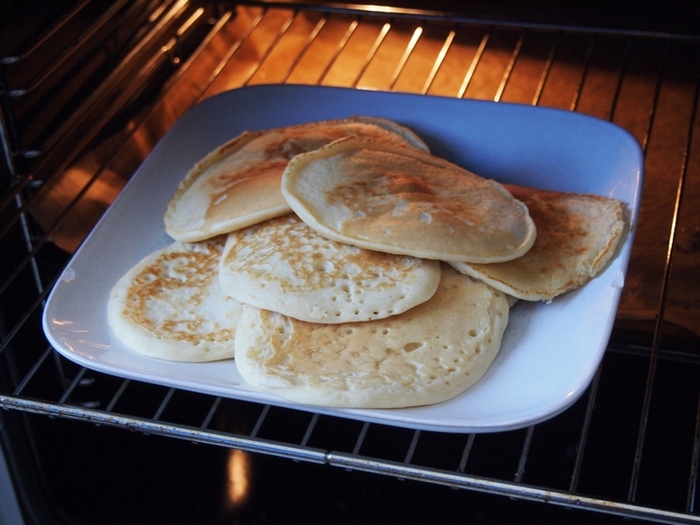 We do not have a griddle. I imagine very few Germans have a griddle, at least not one useful for pancakes. So I get a set of 3 in a pan and the whole bottle makes 12 or so, so I was doing several batches. My mom used to make pancakes in family sized batches and let the early batches sit in a warm(not hot) oven until the later ones were ready. I figured I would do the same.

It works great, but well.. umm.. the Celsius temperatures still seem hard to understand for me. So while I didn’t overcook the cakes, I did almost burned my finger on the plate that was too hot. Yay oven mitts to the rescue. 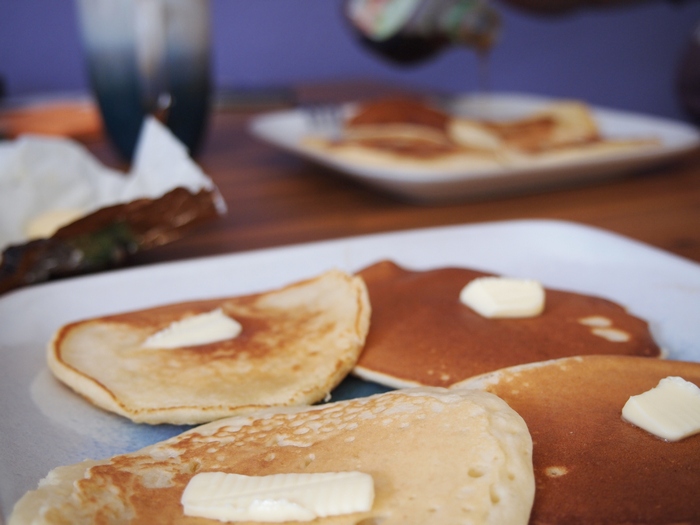 So once they are done and spread on the plate, for the authentic pancake breakfast you need to add butter and maple syrup. While the bottle of pancake mix is less than 2Euro, the syrup is quite expensive. I think we paid 6Euro for the bottle of imported-from-Canada grade A syrup. No Mrs Butterworths artificially flavored (both maple and butter flavorings added) syrup here. Even if we wanted it, I haven’t seen it. All that artificially done stuff wouldn’t fit with the Germans anyway. So we pay for more. (It’s ok, it’s worth it.)

Why don’t I make my own?

As much as I am learning how to cook, that kind of thing is not my forte. Though very very early in this whole travel blogging thing I ran across a recipe for pancakes on Rachelle Lucas’s site. Even years later I remember that link and have still not tried to make them. My biggest hangup (other than the idea of mixing it all by hand), is figuring out what baking powder is in Germany. Most of their stuff is more solid or yeast based rising it seems.

Oh yeah and I like a challenge. I’ve learned to melt butter on a stove for popcorn, so I am totally up for makign pancakes from a bottle.

So how do they taste? 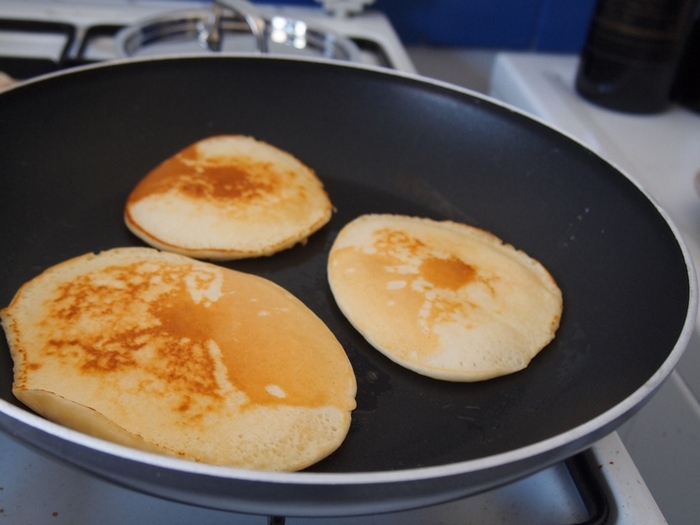 Really ok. The batch that we made was not really fluffy, but still not crepe-like flat. I do not know how much of this is due to my mixing or my cooking skills or just how the mix itself was designed. Definitely not buttermilk pancakes (hmmm wonder if I could find buttermilk to mix in), but definitely closer to the style I am used to from home. I need some practice with the flipping, but I would try it again. We just need more syrup.

My favorite 5 Restaurants in Freiburg I love Belgian beer

My favorite 5 Restaurants in Freiburg