Belgium is chocolate. They are extremely related almost intertwined. Every street in the center of Brussels has a chocolate shop. There are historical reasons for it too. During our first day in Brussels, chocolate was a big theme.

We started at the Galleries in Brussels and wandered through the Neuhaus store. Our guide then started telling us some history of the relationship between Belgium and chocolate. At one point in their history during the reign of Leopold II, the Belgians had influence in Africa*. Cocoa beans were growing there and shipped back to Belgium. The king then gave them free to anyone opening a business to make something of them. Now there are tons of shops making chocolates. Most of this seems to be in the form of pralines.

Learning about the Praline

When I think of the word “praline”, I think of pecan praline ice cream back home. This is apparently of no relation. The pralines in Belgium are small round chocolates with many layers. Different chocolates surround centers and make up layers into what I would call a truffle, but again I am wrong. We were also told that pralines are supposed to be eaten in one bit. Stuff the whole thing into your mouth to get all of the flavors and textures as intended. I am all for stuffing chocolate into my mouth. 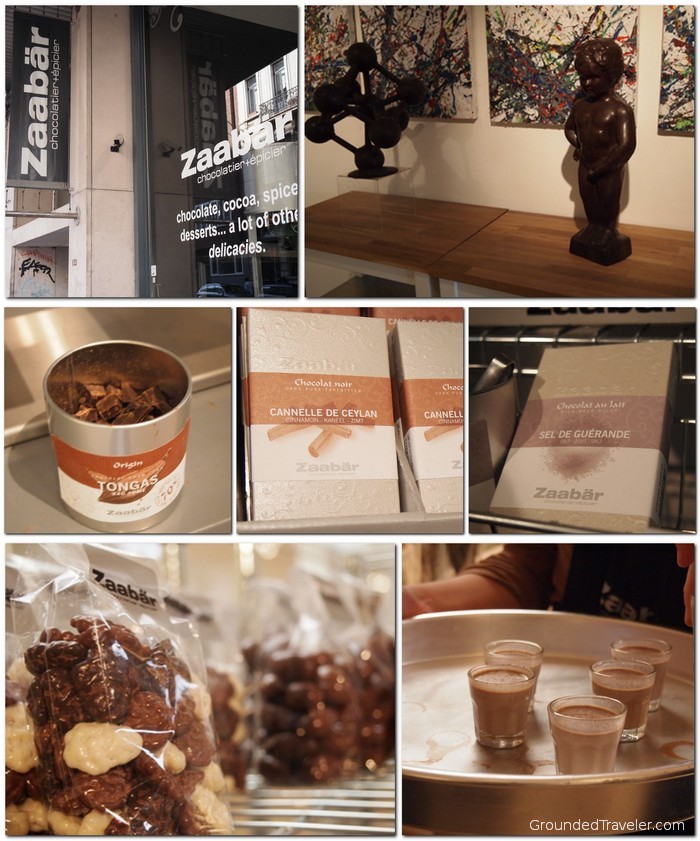 Later that day after seeing the flower carpet and the city hall, we headed to Zaabar for a chocolate workshop. This was a fascinating place to wander around as we waited for the workshop to begin. They use all kinds of flavors and ingredients that I would never expect to put in chocolate that were nonetheless great. My favorite was the salt. Yes, sea salt in chocolate, and it was awesome. Ali liked the Chili, and that was a close second for me.

After sampling from the open tins in front of each flavor we sat with our guide Julie and had a short movie and talk about the history of chocolate. How it comes from beans that are harvested twice a year from plants that don’t produce so many pods each. It seems really labor intensive for the amount that we eat.

Then began the fun part. The making of stuff. Their workshop area is a glassed in room at the front of the store, so we had a stream of onlookers as well. Each with a smile on their face. Chocolate makes happy (and helps treat depression and anxiety as well we were told). The workshop began with a demonstration of chocolate tempering which was a show in itself. 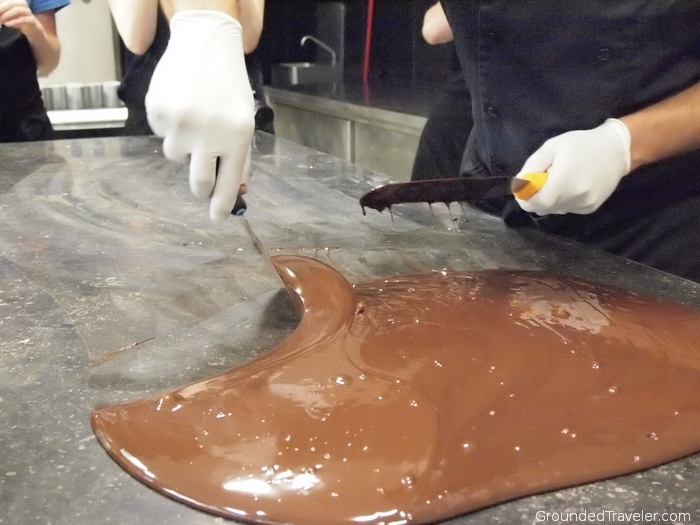 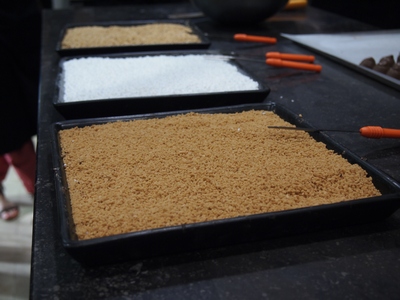 Making Pralines for Ourselves

Finally we were able to play with the chocolate ourselves. One station was making simple pralines. Pick up a glob of softer chocolate and toss it in the liquid chocolate. Fish it out carefully with the tool and drop it into one of several crumbly toppings. Roll it around until covered and fish it out again with a little fork. We were warned not to let the topping crumbs into the liquid chocolate. I had some jump at me onto my spoon, but I was able to extricate them before suffering that punishment. 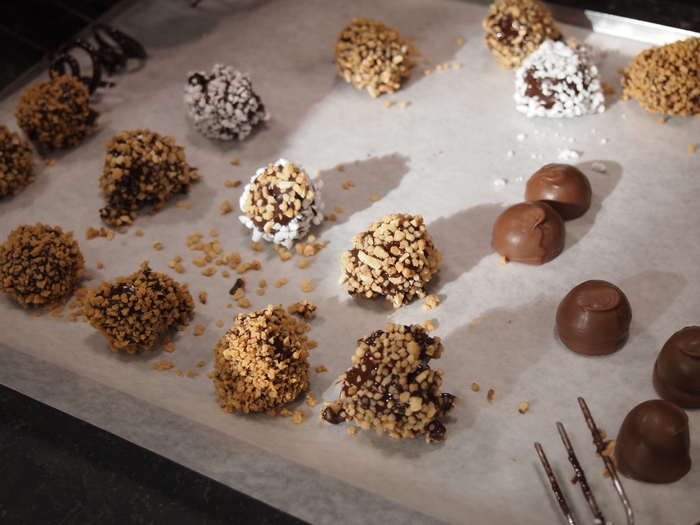 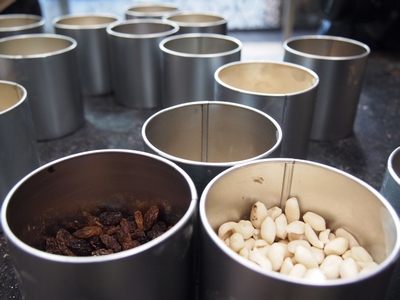 The second station was with pure chocolate blobs that we could push ingredients into. I was totally disappointed that chili and salt were not in the tins for us. I also seem to have no skill at using the bags full of chocolate to squeeze out perfect rounds on to the paper. That big one in the front I named “fudgy the whale.” 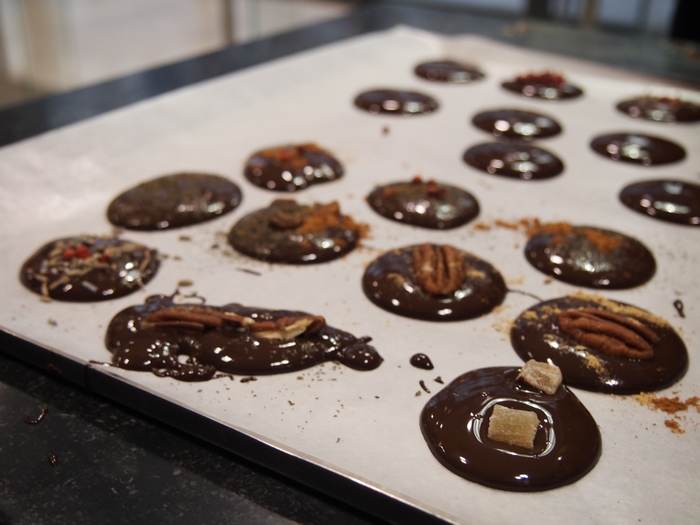 So what did it all taste like? I really liked the pralines. The soft chocolate with a harder outside and then crunchies on the outside was really great. I ate all of mine and most of Ali’s too (she didn’t like them so much, I wasn’t stealing from her). The dark chocolate blobs were not my favorite. I just need a sweeter chocolate I think. This was a bit too bitter for me. Though we definitely know we want to order some of the chili and salt bars.  This was such an interesting experience to experience how chocolate is made and do some hands on stuff.

And lest you think chocolate is only a dessert or snack, we were given chocolate during our beer tasting as well. Certain beers are paired with certain chocolates where in the bitterness of one helps balance the sweetness of the other.

We were in Brussels as guests of the Belgian Tourismus, but of course all of the opinions, photos and quirky observations are my own making.

* – In doing some research about this time period, I learned that this was a particularly brutal time and place in Africa. It makes me realize how little of that part of history we ever learned.

Making my Peace with Ikea My favorite 5 Restaurants in Freiburg