Making my Peace with Ikea

Over the past few years, I built a life in Germany from the stuff I brought in a pair of backpacks on a boat to having a comfortable (but thankfully not full) home. I try to avoid materialism as I can, but I like to have things to sit and sleep on. In this time I have come to make my peace with Ikea.

Given a limited budget(because really, it is not worth spending travel money to have a lot of stuff) and the urge to have a home that contains even the basic of furniture, Ikea was the reality. Somehow mentally it seems wrong, commercialism and mass produced. I always associated it with Walmart in some way, so it felt weird as an adult beyond the student phase going to furnish my apartment in Ikea. 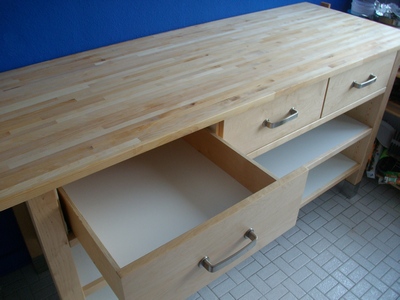 Most of the stuff is cheap for a reason, though we have sifted through and found the pieces that are decent. A lot of stuff is MDF and chip board with thin wood or plastic on the outside. It is unmistakable as Ikea-ware. There are, thankfully, a number of things we have found that are real wood. And after I put our expensive real-wood bed together in a manner similar to Ikea construction, having to put it together does not put me off anymore.

Every so often, cheap is what is called for. Trash cans and watering cans, silverware and sheets. Sometimes there are just things you need and can’t spend so much. You definitely get what you pay for, but really when you are starting from scratch the amount of tiny things that make a place seem more livable is larger than I would expect.

The problem comes in getting the stuff home.

From the local store to our house involves walking to the bus station, riding a bus to a tram stop, a tram ride and then a 5 minute walk from there. Potentially there are stairs involved too. Oh and a bus driver that told us that despite the bus route being labeled as the Ikea route, we were not allowed to bring our large purchases on her bus, telling us we should have a car.

Thankfully I have had plenty of friends with cars over the years, but they are not always available. And cars here are much smaller than at home. So to get a kitchen table home, we had to take it out of its packaging and strap pieces to the roof just to get it home. I talked to an expat up in Berlin a few years ago about such things. She told me that theirs had a taxi cab service that would pick you up at the store with your stuff and drive you home. Yeah, Freiburg doesn’t have that.

Delivery? Of course, but it is pretty expensive in my opinion. For one table it would end up being 30% of the cost of the table added on as delivery.

Or you could just rent a bike and trailer. 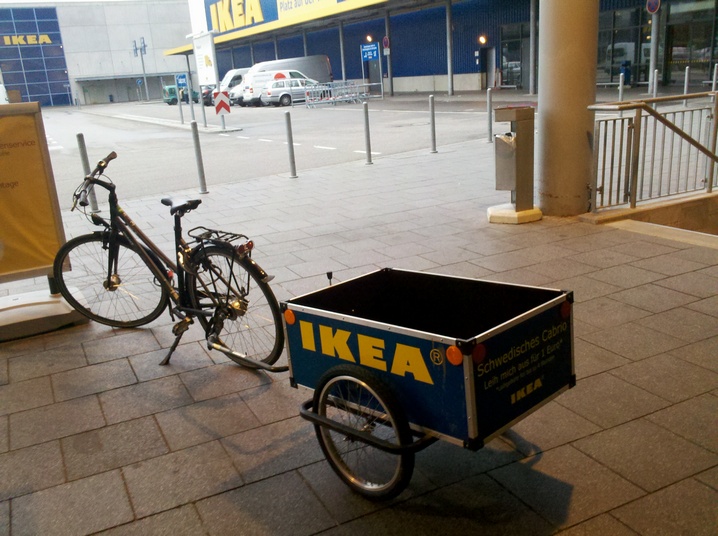 Germans seem to have an affinity to Ikea, so I am not going out of my expat integration modus to use it. It is cheap and allows you to work on the weekend putting it together (but not on Sunday or late in the evening, those are quiet times), so it fits with the industrious mentality. Every place I go into in Europe seems to have at least some piece or another from Ikea. And apparently it is not just the Germans. We went to a hotel near Ephesus that was furnished nearly completely from there.

If you go in on a Saturday, there can be nearly as many people milling about and measuring sofa sets as in any mall at home. Even on a random Tuesday night, the parking lot can be chock full.

It ends up being an outing. 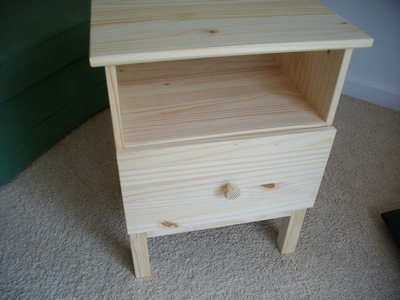 One of the things we actually really like is the idea of free refills at their “front of the store” snackbar. A euro a cup and you can refill it as much as you want (ok with generic cola that you have to pour yourself, but so what?). It can be a fun experience to laugh at all the stuff no one would need and yet seems to be popular enough for them to sell.

So yes, I have made my peace with the place. It has a place in the world and given some work, there are some decent pieces about. And yet, I try to fight the materialism and really only get what we absolutely need.

I have no intention of being a nomad, but travel is important enough that a bunch of expensive “grown up” furniture seems not really worth it.