Culture always has a tons of different layers. Some things are very obvious and some things are far more subtle. Take for example the German cultural habit of wishing anyone else who is eating “Guten Appetit”. It literally means “Good Appetite”, but comes across more as a wish for a nice meal. Even after 5 years, it still feels odd.

What do you say in English?

This is a question I hear fairly often from Germans. We are all sitting at a restaurant. The waitress brings the food and wishes everyone a Guten Appetit. Then the friends all wish it to each other. Then someone who speaks English well notices me and thinks to ask how we say it in English. They want not just a translation, but the similar wish for a good meal. I pretty much have to answer, “Umm.. we don’t do that.”

Sure, often a waitress will say “Have a good meal,” but that doesn’t have the same charm. Nor is it something you wish all to your friends around the table. As near as I can figure from looking at my own culture, we in English speaking places just don’t say it. 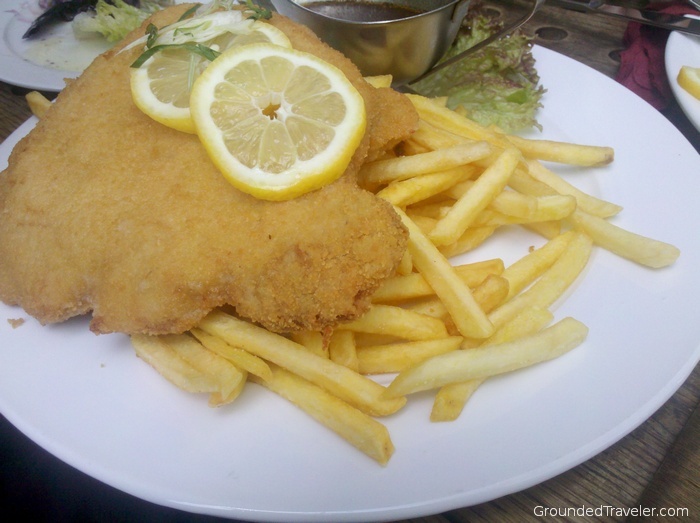 Cheers for Food, yet More

So from looking around a table with friends when the food comes, out comes this wish for a good meal. Ok, so I think it is like “cheers” for food. You know when you all have a round of beer and clink glasses, but for food. Thankfully no clinking of plates required. And it is this, to an extent. Yet it goes beyond just the cheers idea.

When I am eating in the kitchen at work people will come through for coffee or something else and wish me a Guten Appetit. I am just calmly reading a book and some colleague heads through for a smoke and out it comes, “have a good meal”. I of course have learned to just say “danke” and be about my business, but it still feels odd. Especially when I see someone else sitting and eating, I would never think of intruding into their meal with my well wishes. So at this point I don’t think it is just cheers, but something more.

Variations on the Theme

To further this there is apparently a more blue collar working man’s version of Guten Appetit in the form of “Mahlzeit!”. This is said in nearly a grunt, according to the story I heard. Less of the cheerful Guten Appetit as you go about your business, but more of a short version implying “ok, that whole wishing of good meal is out of the way in as few syllables as possible, lets get to eating.” I take it as a working man’s way of not wasting too much precious lunchtime on the formalities. Maybe I take that story too far, but I like the idea. Mahlzeit translates as “mealtime”, so I don’t think I am too far off here.

Cheers for drinks was mentioned before. In German it is most often encountered as “Prost”. Then each pair of drinkers must clink their glasses together and look each other in the eye while doing it. The eyes is apparently important. The consequence of not doing so is some amount of bad sex according to legend. This is a reasonable custom in a group of 4 or 5, but with a table of 12 it gets lengthy.

I wonder sometimes if my colleagues think I am rude for not wishing them a good meal. When I am at work I tend to be in my own mind and the cultural subtleties often drop away. And really I wonder sometimes, are they somehow worried that if I am not wished a good appetite that I will lose interest in food altogether and starve. I assure you I will not. It ends up being like a lot of cultural habits. I still don’t really understand the purpose other than “politeness”.

So wonderment apart, if you find yourself amongst Germans in an eating situation be sure to wish your fellow dinners a Guten Appetit.