The Life of a Military Expat

“Are you in the military?” is a common question I get when telling people that I am an American living in Germany. Nope, I am not, but there certainly are plenty that get their first taste of expat life as guests of the military abroad.

This week’s guest post in the life in Germany series is one of these. She writes at Life Lessons of a Military Wife about everything relating to being abroad with the military. The military is a big support for those moving abroad, but can also be a crutch and a way to ignore the local culture if you let it. Read on as she shares what it is like to be moved overseas by the military.

I was recently asked by an expat what life was like in Germany as the spouse of a military servicemember stationed in Europe.  I had to blink for a minute as I tried to determine whether to be honest with him or to gloss it over a bit.  I decided to be honest. 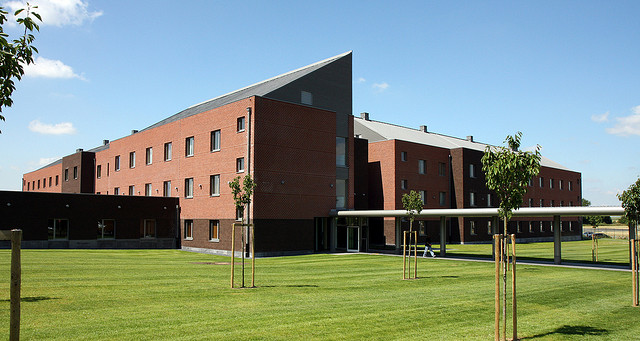 We are not true expats.  A true expat will move kit and kaboodle over to a foreign country with NO support network or very little of one.  Yeah, they may have friends or possibly a relative or two in country, but for the most part, they have to figure out all the ins and outs of this foreign place and how they are supposed to somewhat fit into society.

I, for the most part, don’t have to do this.  You see, us American military folks overseas have a safety net, pure and simple.  It’s called the US Army post or Navy/Air Force Base or in my case a NATO base.  At any given time I can go do any of the things below that I do back home in the US, and no, this is not an all exhaustive list:

And that’s just scraping the surface.  There are a few military communities in Europe where the American servicemembers and their families will outnumber the locals.  I think the Kaiserslautern area is pretty close or used to be in the 1980s.  As a kid, I called it “Little America”, and I still call it K-town rather than its true name every once in awhile.  We even have an honest-to-goodness Armed Forces Recreation Center in Garmisch called the Edelweiss Lodge and Resort.  It also feels like “Little America” with a touch of Bavaria inside.

I say inside because all of these facilities are surrounded with serious security and if I wanted to bring a friend, I would have to sign them in and be responsible for them.  I’m also limited to how many people I can sign in at one time.  Even American citizens cannot sign themselves in…only those with a valid military ID card.  If you want to shop on post you must have an active military ID.  Even retirees vacationing in Europe cannot shop there.  I’ve had Germans ask to use my post office box.  I can’t do that either…it’s illegal, and I could get my privileges suspended for that or even for buying you goods in the PX or commissary…gifts are okay of course.  Please don’t ask me to buy you an iMac or the latest great release of some new American junk food.

With all that being said, being in the US military overseas offers you a taste of what Europe has to offer with the safety of knowing you have a fall back position, for lack of a better term!  The negative of that….I have known people..mostly single soldiers….who live in the barracks, who rarely left post and rarely interacted with their host country and people.

It’s easy to sit back and not experience your new home, and it’s even easier not to learn the language.  Don’t fall into that faux pax…you honestly have to force yourself to get out there and make the effort yourself to rub shoulders with the locals, see some of the beauty and wonder around you and to be able to look back on your European tour as something really special and extraordinary rather than just ordinary.

There you have it.  I’m not an expat but really look up to those who have the guts to leave it all behind and to experience something new and exciting.  Maybe one day I’ll be that brave, but until then, we’ll continue to be “stationed overseas” and will take advantage of not only our host country but what the military is offering us as well.

Veteran Military Wife has been blogging about military life and everything that goes with it since 2007. Currently sent back to Germany after some time in Belgium. Read her blog at Life Lessons of a Military Wife or connect through Facebook or Twitter.