I knew New Zealand was known for mountains and hiking. I didn’t realize that there were so many lakes there, but there are.We saw a few flying down to Queenstown that were pale blue and some while driving around that were deep cobalt. Such variety, but that I actually expect from New Zealand.

In honor of the #FriFotos theme of the week which is Lakes,  here are 5 that we saw just on our few days in Southland and Otago on the South Island of New Zealand. 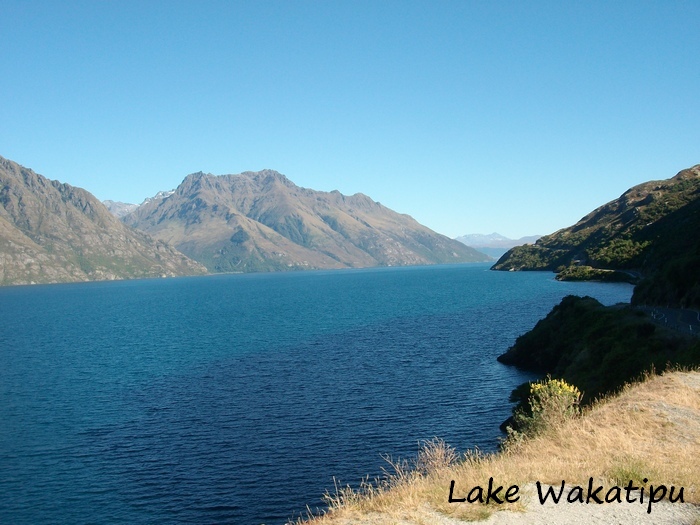 Wakatipu is a large zig zaggy glacial lake. Queenstown, gateway to the area in a lot of ways, is on this lake. Our driver on the way to Milford sound was telling us about how the lake once was home to steam ships using it as a highway to bring supplies deeper into the territory during te gold rush times. Similar to some of the names of lakes and such in the US that are of Native American origin, the Maori names are often fun to say. Wah-kah-tee-poo, or that is how I remember it anyway. 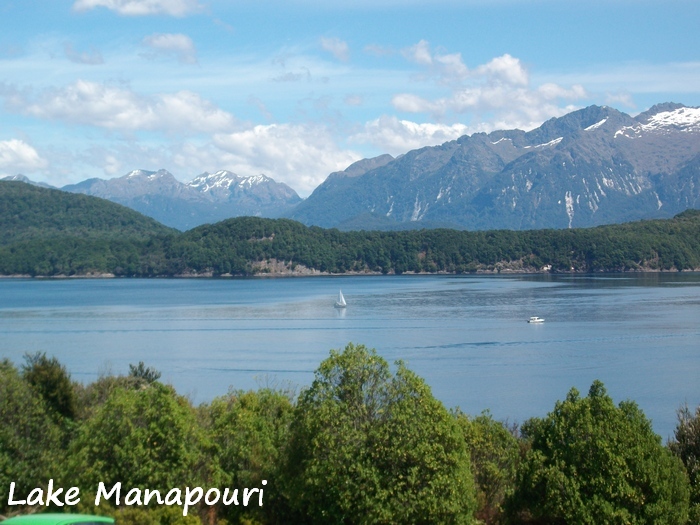 We stopped very briefly at Manapouri on our drive out to Milford Sound. It had another of the fun to pronounce names, and a neat story. There is a power station on the lake. At the time it was being built, the plan was to raise the level of the lake. This caused a lot of outrage from the New Zealand people as it would destroy several of the islands for which the lake is well known. In the end, the protest worked and the powerstation is underground without raising the level. Where we stopped was a rock commemorating this and showing where the water level would have been without the protest. 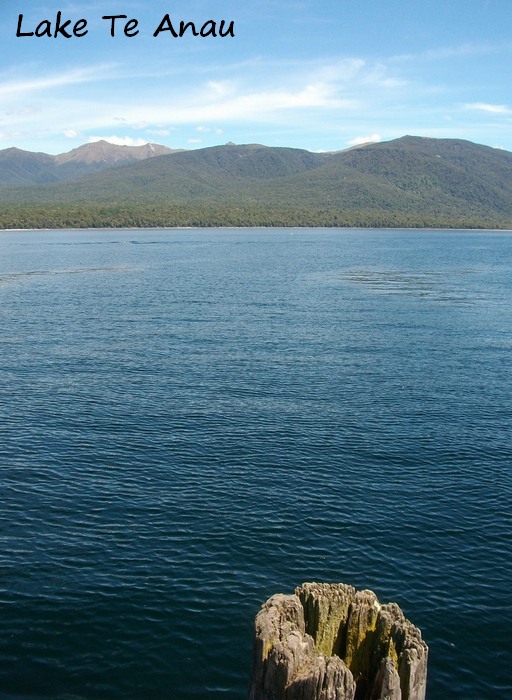 Te Anau is another center of adventure tourism in the Fiordland area. It is smaller than Queenstown, but deeper into the region. This is where our Milford sound bus stopped for lunch. I was hungry enough not to wander much, but I did get this picture of the deep blue waters. 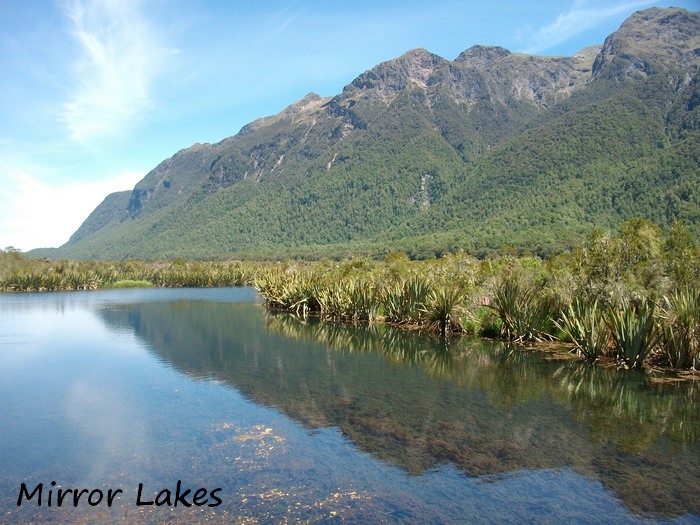 Whlie I liked Milford Sound a lot, the drive through the Fiordland park was my favorite part. This lake is very early in the drive before it starts getting steep. The still lakes reflect the mountains of the valley. It wasn’t perfectly calm the day we were there, but enough to see the effect. 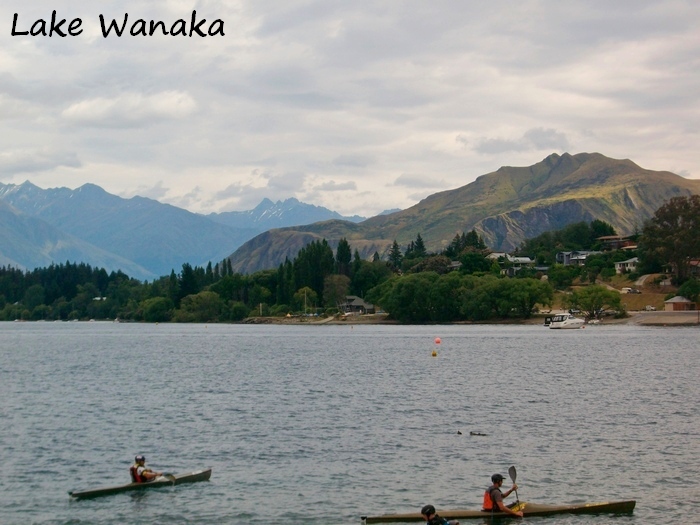 Wanaka was a small stop on our trip. I wanted to go there to see a small brewery and it was going to be a stopping off point toward the glaciers on the west coast. We ended up changing our plans and heading east instead, but still stopped at Wanaka. There are lakes like there up the entire range of the southern alps. Read more about our day in Wanaka on Ctrl Alt Travel.

This post is part of the twitter phenomenon of FriFotos. A topic is announced early in the week and people post their photos on the theme on Friday. This week is lakes. It can be a bit chaotic,but always a good time.  If you are on Twitter follow me @GroundedTravelr

If you like this kind of photo essay post, check out Ali and my new travel site Ctrl Alt Travel. We are concentrating more on the details of travel, with posts mostly in this format, including a daily photo post as well. Also “like” the Ctrl-Alt-Travel facebook page to keep up on the new posts.

Favorite Places in Freiburg The Life of a Military Expat