Life In Germany life in germany

The concept of stereotypes is often thought of as bad. “Don’t stereotype people/things/places” we are told. There is a point to that, to make sure we understand the reality in its glorious depth without relying solely on these abstract preformed ideas. However, as Laurence writes in his submission to the Life in Germany series, stereotypes can often give you a basis to work with. Travel is disorienting enough and having at least a basis to start is helpful. It can be fun as well, to test the stereotypes and see if they are true.

Laurence is a wandering photographer currently based in France. I have been following his blog for a while and am really enjoying his photography. I was happy to hear he had lived the village life in Germany for a while and agreed to write about it for the series. Enjoy! 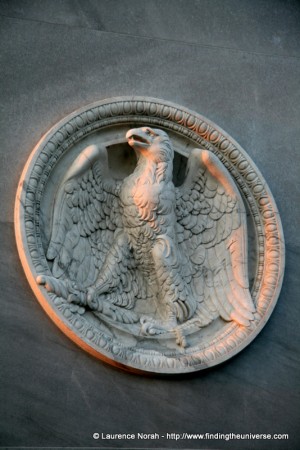 There is something deeply reassuring about cultural stereotypes, horrific though the thought may be. They serve to ground you, to help you remember where you are, and to anchor you when all around you is different and foreign.

What, after all, could be more reassuring than a passing French person wielding a baguette when you are trying to find your way to the train station and can’t remember your gauche from your droite? Or an Ozzie lovingly caressing a surfboard and gazing out at the surf as you peer nervously into an ocean filled with creatures waiting to kill you?

I argue therefore that stereotypes can be reassuring to the traveller – adding a sense of perceived normality to a world which, at times, becomes very different from what we expected and often far out of our comfort zone.

Germany was no different, for the few months that I was lucky enough to spend living there, in a small village mid-way between Bonn and Cologne.

Some context for you. I speak very little German. I have tried (ok, I haven’t really), but any language which can categorise objects by one of three separate sexes is one that I am going to treat with serious suspicion. Where I was living wasn’t exactly a tourist hot spot, and English wasn’t bandied about freely. It wasn’t hard, if one was of such an ilk, for a sense of isolation and cultural separation to creep in.

Luckily I’m generally not of such an ilk, regarding these obstacles as challenges to overcome rather than weights to drag me down. But I did find that having something to identify with was handy. So whilst not every German was exactly a massive fan of David Hasslehoff, as us Brits may think, that was always a great way to start a conversation. 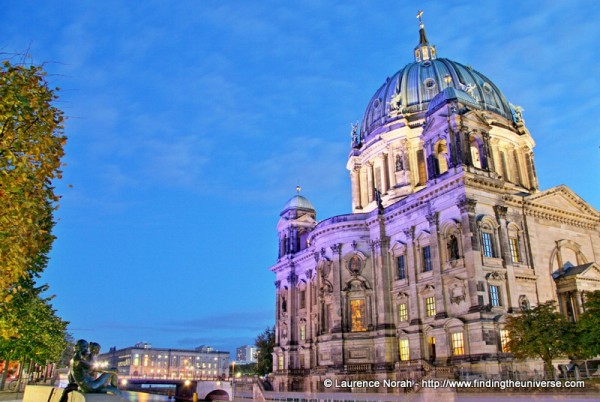 Without further ado, here is my list of preconceived stereotypes of Germany, and some thoughts as to how these were met or exploded during my time there!

When Germans travel, it is likely that they will be asked about Oktoberfest, a huge festival held every year in Munich dedicated to the art of beer. I wasn’t living anywhere near Munich, but I can confirm that this made no difference – Germans really are passionate about their beer, which is both plentiful and incredibly cheap. They even mix it with other beverages, like coke, presumably in the theory that beer makes everything taste better.

What I hadn’t realised was that this beer obsession is a tribal thing. Every area in Germany has its own beer, and you better stick to it. Never admit to liking a beer from another region to a local. The local beer is always the best. If you’re near Cologne like I was, then you need to be drinking Kölsch. Otherwise be prepared to defend your beer choice with your life.

Stereotype 2 – Germans are obsessed with bread

Anywhere I’ve been on my world travels, there was a universal theme regarding the Germans I met. The bread, they would wistfully explain, was not as good here as it was in Germany. German bread being something to fill you up, and keep you going. Rather like dwarf bread in many respects.

When I lived in Germany, it all became clear. German bread *is* better than other bread. It’s flavourful, it comes in countless varieties, and you can eat it on its own as a whole meal. Alternatively, you can hit people over the head with it and cause actual damage. But really, the best way to eat it is accompanied with some sausage. Which nicely leads me on to stereotype three, wrapping this one up. 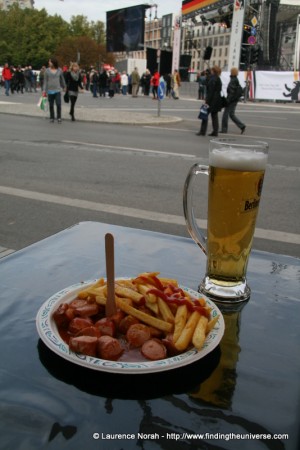 Stereotype 3 – It’s all about the wurst

If it’s not beer or bread, then it must be sausage. I’m not sure why so many of my stereotypes were food based, but there we go. It’s not the wurst thing that could happen. Ahem.

Before I went to Germany I was certainly under the impression that sausage was a staple part of the German diet, and I was not disappointed. What I wasn’t aware of however was the magical product known as a Currywurst, which is a heavenly version of a hotdog, only instead of such obvious toppings as onions and mustard, this bad boy comes smothered in a hot curry flavoured sauce.

It is genuinely tasty, particularly after some beers (any bar worth it’s salt will have a currywurst vendor either on site on within staggering distance), and a wonderful twist on the otherwise humble sausage.

Stereotype 4 – Germans don’t have a sense of humour

Now we can move on from the food based culturalising and onto the personality stuff. There is this theory among the Brits that Germany is not a land filled with humour. I’m not sure why this is. Certainly the sense of humour is different, involving less contrived wordplay, but I discovered quickly that Germany is hardly a nation of dour faced individuals munching soberly on sausage.

In fact, everywhere I’ve been in the world, humour has been a driving and uniting force of life. What is the point if you can’t have a laugh about it? And Germany was no exception to this rule!

Stereotype status – debunked! Where did you think the term schadenfreude came from anyway? 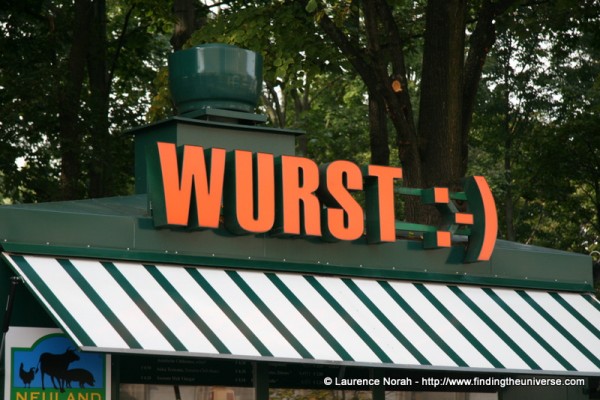 Stereotype 5 – David Hasselhoff is nationally revered as a cultural icon

On to the heavy hitting stuff now. As in, my German girlfriend is going to be hitting me heavily by the time she gets to this point. Yes, David Hasselhoff had a hit or two back in the nineties in Germany. No, as she labours to point out, Germany as a country is not obsessed with him.

In fact, this is more of a British stereotype than anything else – Brits are obsessed with the idea that all Germans love David Hasselhoff. I mean, he was in Baywatch and all. But he’s not going to be running for chancellor any time soon.

Stereotype status – debunked! Although he does pop up on the radio in Germany every now and again.

Ok! Five will do. I must end the post there, as there’s a Mr. Bean marathon about to hit, followed by a re-run of the England v Germany 1966 football match. Later, I’ll be munching down some fish and chips with a lovely warm beer. Being British, what else is there to do? Cheers!

Laurence is a world traveller who is taking his time to slowly explore the world. He’s currently based out of France, struggling with his sexuality, and learning all about French cultural traditions. He can normally be found behind the lens of his camera, photography being one of his main passions in life. You can find out more about him and his adventures over on his Travel and Photography blog, Finding the Universe. He’s also on both facebook and twitter!

German Summers are for Festivals Favorite Places in Freiburg