German Summers are for Festivals

Summer is when most backpackers tend to come to Europe. School is out and the weather is warmer. Days are long and nights are busy. This is the time of year that most people first experience travel in Germany as well. It really is a nice time to be here.  My first experiences in Germany were in the summer as well. What can you expect of a German summer then? 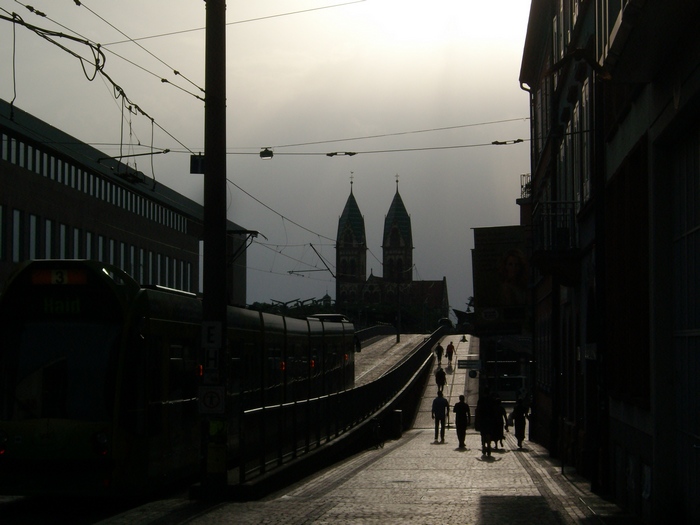 Yup, we are way further north than you might expect. Freiburg lies on the 48th parallel, which only barely below the 49th which is the long straight border between US and Canada. And we are in the south of Germany. On June 21, the longest day of the year, we have 16-17 hours of daylight depending on where you are in Germany. So it will be light until late and again early in the morning.

Note for future expats: we pay for this summer light in the winter. As in sun going down at 4:30pm.

What to do with this light, but be out in it. Germans love being outside in the fresh air. Despite Oktoberfest being the most well known festival in Germany, summer is wine-fest time. And street fest time. And music-fest time. 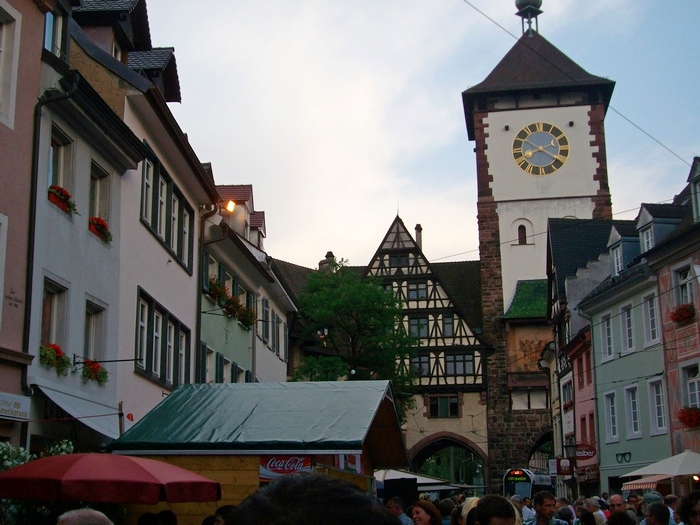 Oberlinden is a part of the old town in Freiburg just inside the Schwabia Gate. Once a year on the last weekend of June, the shops of the area sponsor booths and the who area becomes a street fest for a few days. We went Saturday night and it was a blast. The part of Freiburg is within where the old city walls would have been and has a number of taverns and guest houses. These are all now restaurants and hotels that, during the festival, set up stalls to serve beer, wine and food. 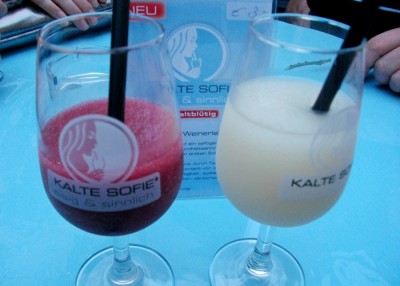 Oberlindenhock is a neat thing for me. It is so typically German and not at all something that I would think of seeing in the US. First off everyone is drinking and yet there is no sense of rowdiness. You pay a deposit, but you get to carry around a real glass. No barriers or admission. It really felt like a local group of people hanging out and having fun in the summer. A few places had bands playing.

Our favorite stall was one serving wine that had been put through a slushy machine. So it was icy and still wine. In both white and red.

Add to the wonderment with the trams. This square has a tram line running smack in the middle of it. Normally this is fine as pedestrians get out of the way of many tons of moving train. Yet when it is fest time and the trains only come along every half an hour, people forget. So the trams have to crawl slowly through the crowd with encouraging rings and earlier in the night an employee of the transit authority to shuffle crowds out of the way. 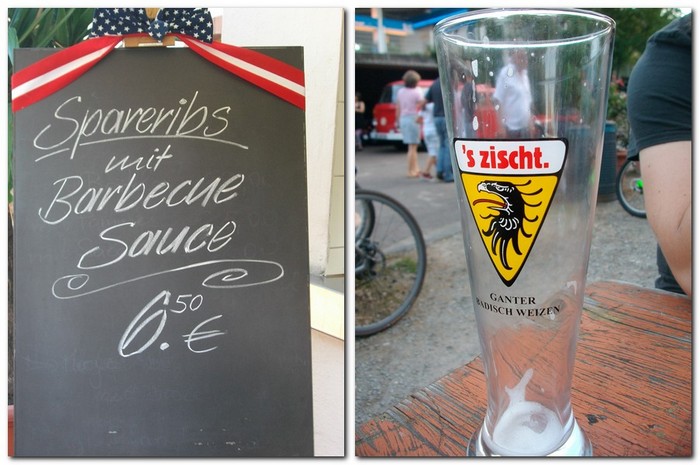 So the 4th of July is American Independence day and a holiday at home. It happened to fall on a Wednesday this year. Since it is not a holiday in Germany, the local brewery that always does a thing in their biergarten moved the celebration to Saturday. So we celebrated the 7th of July this year with a group of friends. 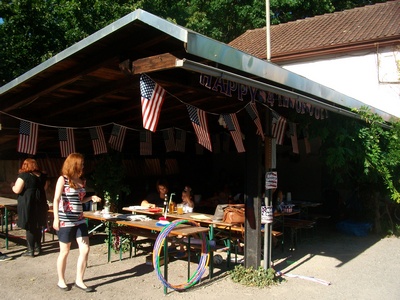 The celebration seems different each year. I remember one year they had a square dancing group. The biergarten has its normal offering of food, but also Spare Ribs with BBQ sauce as a nod to the Americans. Waiting in the beer line, it was kind of weirdly comforting to see all of the red white and blue and hear so much English around. On the other hand, they didn’t have fireworks or hamburgers, which are both big 4th staples in my mind. We still had a blast. By the end of the night it was us two Americans, a German and a Spaniard talking.

Lest you think this is just two festivals. There are the only ones we went to. We actually missed the large wine festival that goes for a week on cathedral square. The ZMF (Tent music festival) is also about this time out on the edge of Freiburg. Tents and stages are set up for several weeks playing open air concerts. And this is just this past month in Freiburg proper. If you go out to the surrounding towns, they have their own festivals, like the one we went to last year in Emmindingen nearby.

If there isn’t a festival on your chosen weekend (which would be weird, have you really looked in surrounding towns?), the biergartens are in full swing in the summer too. Sitting out until late in the warm night air with a beer is another great aspect of German summers. Enjoy the fresh air and company as the population floods the tables and chairs.

Unsure what to order? Try something gespritzt. This means essentially “mixed with fizzy“. Weisswein Gespritzt would be a bubbly mineral water mixed with white wine. A Radler is bier and either Sprite (Suesse Radler) or with mineral water (Sauer Radler).

Summer is a great time to visit Germany. It is not as hot as Italy or Spain and yet still warm. Festivals abound and it is light seemingly forever. Just come and hunt out a wine fest or two and enjoy the Teutonic life. Winters can be cold and gray. Spring can be wet, so summer is a time to celebrate.