Ups and Downs of Heidelberg

Ali and I had a long stressful week last week and decided to go up to Heidelberg for the weekend. We have discovered the Baden-Württemberg Ticket from the Deutsche Bahn. 25 Euros for the two of us anywhere in the state on regional trains. It makes a trip up to Heidelberg quite reasonable. The trip was good over all, but Saturday really felt awful. 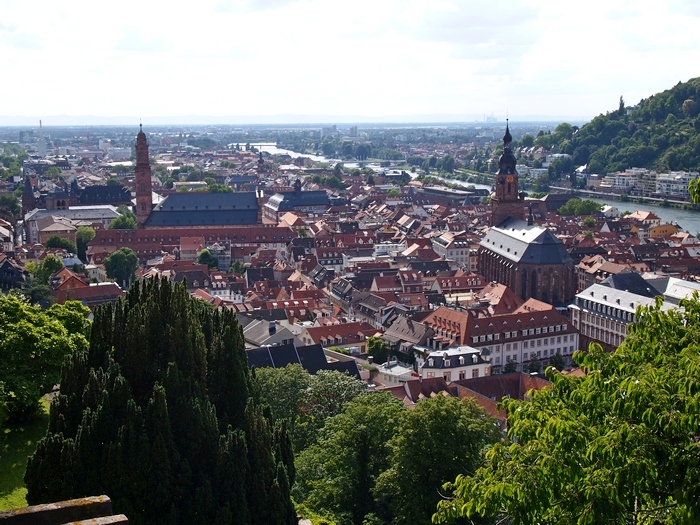 And So It Begins

It started on the train trip. The first train was running late, so we had to run to catch our connection in Offenburg. It was full enough that we didn’t get seats and had to stand the 40minutes to Karlsruhe. Not a big deal really, until one stop after another more people piled on. First the large group of students with bags and beer. Off on some fun-in-the-sun trip no doubt. Talkative, but not disruptive.

Annoying to be jostled about. Next a group of over 30 guys in their matching bachelor party t-shirts. Most were carrying mini-kegs and were already drunk (at 10:30am on a Saturday). The noise and singing and whooping was intolerable. I nearly lost it, but knew doing anything, even talking, would just make it worse. One of the most torturous half an hour on a train in my life. 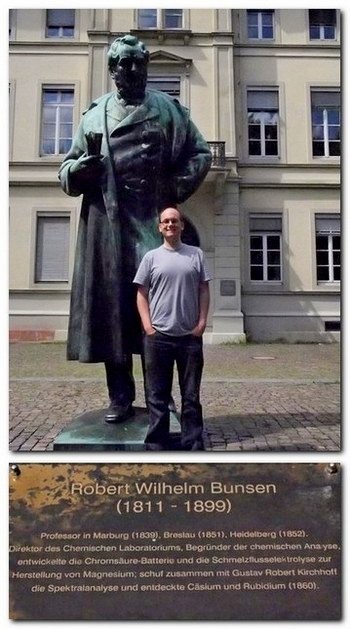 Follow this by a fairly awful lunch in Karlsruhe station. Ok, no one really expects high quality food from a Asian take-away in a train station, but I only ate half of mine.

Then the day started to look up. Beautiful weather in Heidelberg. Ali took my picture with the statue of Bunsen, creator of the Bunsen burner. You know those cool fire things in chem-class in high school. Yeah, he invented them. So I was in nerd-vana for a bit.

Heidelberg is a tourist hive. You can hear all kinds of languages from Japanese to English to Russian and finally some German. It shows in the souvenir stands around the cathedral too.

Ali was buying some postcards and noticed one of Neuschwannstein. That is several hundred kilometers away on the Austrian border. So NO WHERE near here. I guess they figure that a tourist wants to see what they expect from Germany and that is the fairytale castle near Munich.

We wandered a little through the university area as well. I had read on the guide map of an Art Nouveau Library building. I love this time period and wanted to see it. And it was indeed gorgeous.

Heidelberg has the oldest university in Germany and yet the library was built around 1900. We stood there for a while admiring all of the detail. The Jugendstil time period in Germany is something I studied in Vienna and quite enjoyed. I like seeing examples sprinkled about. 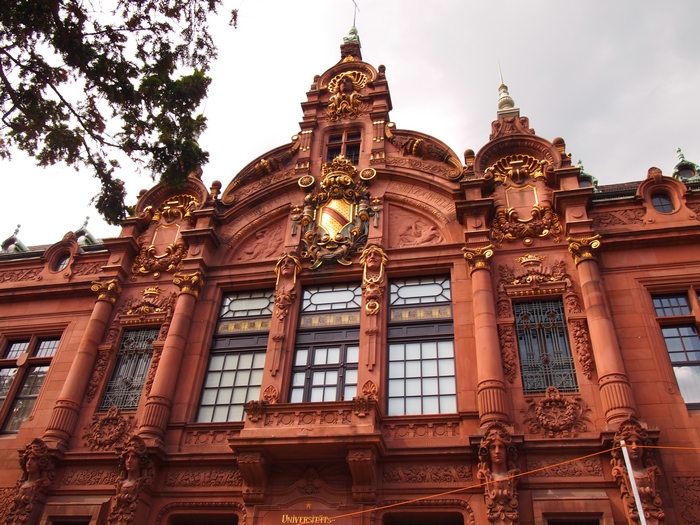 Then we got up to going to the castle. This is the signature sight in Heidelberg. It is on all of the postcards and looms over the old town. There is a funicular that runs up to the castle and I had read in several places that the castle ticket includes a funicular ride up and back. Sounds like a nice deal right?

Well it is a nice deal, but apparently a funicular ticket from the machine up and back to the castle costs 6Euro and does not include the castle. However, there is a Castle ticket that costs 5Euro and DOES include the funicular. I thought I would be slick and buy a ticket from the machine for us both. I switched it to English and bought the ticket to the Castle stop for us both, confident I had gotten the right thing. Nope, we got turned away at the castle.

This was almost the breaking point for me. Seriously? There is an option in the machine to pay more to get less? On the attendants suggestion, we walked back to the funicular to ask if we could exchange tickets. The girl there said we could, but we had to bring the castle tickets back to do it. When I told her about the machines, she pointed at a price schedule with a tiny yellow highlighted line about the castle ticket. Apparently the machines don’t do them, but the window staff does. Really?

For the most highlighted site in town, this really feels like a disservice to tourists. Though we did get our 6Euro each back from the tickets, it still left a bad taste in my mouth. They must deal with this enough as she didn’t argue, so why not do something about it? 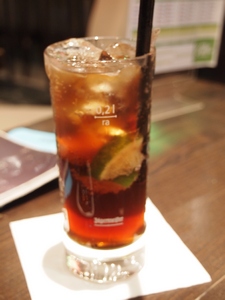 The ticket debacle was probably the low point, but it kept going on with annoyances . Partly because of needing to take a break and cool off from the tickets and partly because of being distracted by a wedding, I missed going into the Apothecary museum in the castle by about 10 minutes. It closes at 17:40. It isn’t a big deal, but it is one of the advertised sights in the castle beside the large vat and the great view, so it sucks to miss it.

After taking pictures of the castle and still grumbling from the tickets and funicular, we wandered back into town to our pre-scouted place to have dinner and watch the Eurocup game of the night. I was all ready to chow down on the advertised Schnitzel deal. Then the waitress tells me it is only during the game, which wouldn’t be on for 2 hours. Ugh. Thankfully this is the end of the bad things. The other special of 4 Euro cocktails made up for a lot.

The highlight of the trip came the following day. Since I was unwilling to pay the funicular people any more money to see the view from the top of their mountain, we read our map and found another castle to see within the tram range. Tiefburg is a cool small medieval castle to the north of town that I really enjoyed. 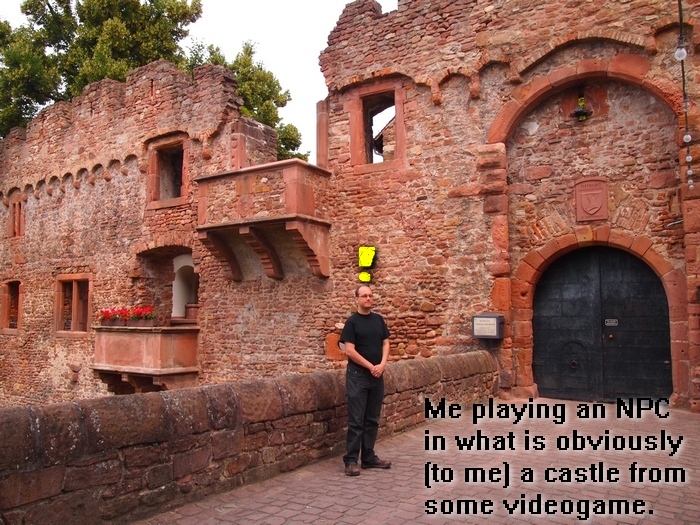 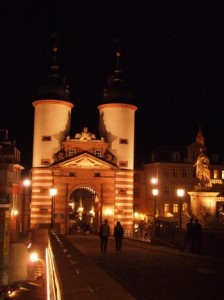 We will probably make it back to Heidelberg at some point. There are still a few things to see and who doesn’t like the sport of tourist-watching. Sometimes it is not worth getting out of bed, but usually it is. Especially to travel.