Heidelberg is a popular tourist town in Germany. It gets several pages in Ali’s Europe guidebook whereas Freiburg only gets one. The castle on the hill in the old town is definitely one of the draws, but we found another castle on a Sunday afternoon that I like better, Tiefburg. Tiefburg (Deep Fortress in German) is in the section of Heidelberg called Handschuhsheim to north of the river. 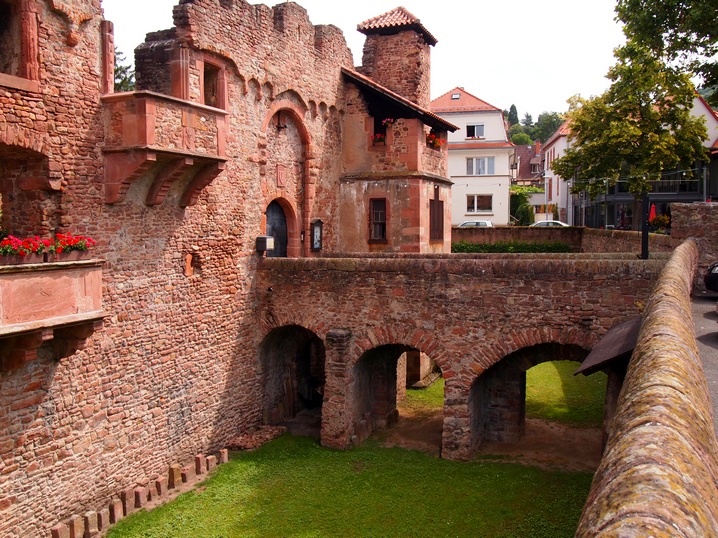 The main castle in town is large and has extensive gardens. It looms over the old town and is visible everywhere, but it is mainly ruins. There are a few buildings and a facade that are still usable, but it is mostly ruined. Tiefburg is in ruins too, but looks much more intact. It sits in a deep, but dry, moat bridged by stone and wood. The walls are still look pretty solid and even the arrow slits from its medieval history are visible in the intact crenelations.

In short, it feels more like a real castle. 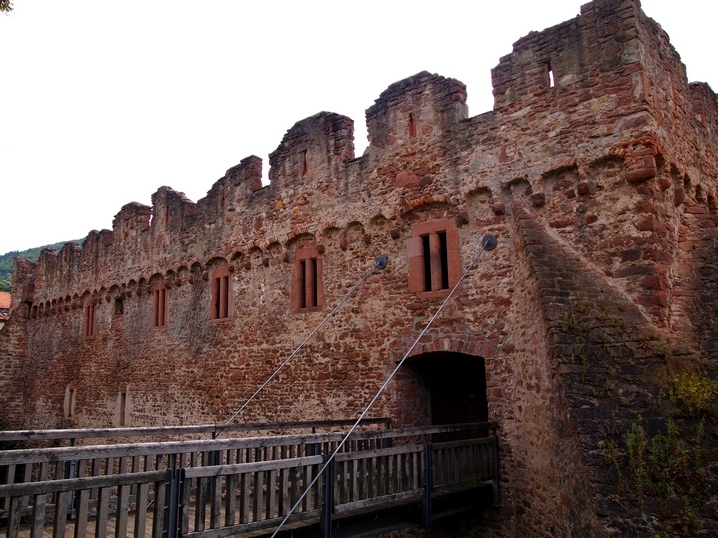 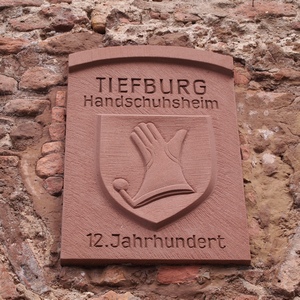 Tiefburg is in the north of town near the end of several of the tram lines. Take the 21, 23, 24 or 5 out to Hans-Thoma-Platz. The castle is just a short walk to the north east from there. Grab a map at the tourist office at the station for a little extra help. It is really obvious and not easy to miss.

We went there are on a Sunday, and the doors were locked. According to the buzzers on the door, several organizations have offices in it, including the quarter’s adminsitration. And according to its website (www.tiefburg.de in German), they still hold festivals and such in it, so it must be open to the public at some point. We were just unlucky on a Sunday. I would have loved to go inside for more pictures.

Handschuhsheim is German for Glove-Home, hence the picture on the plaque above the door. This area of town feels more residential and yet had cafes around the square of the Burg. 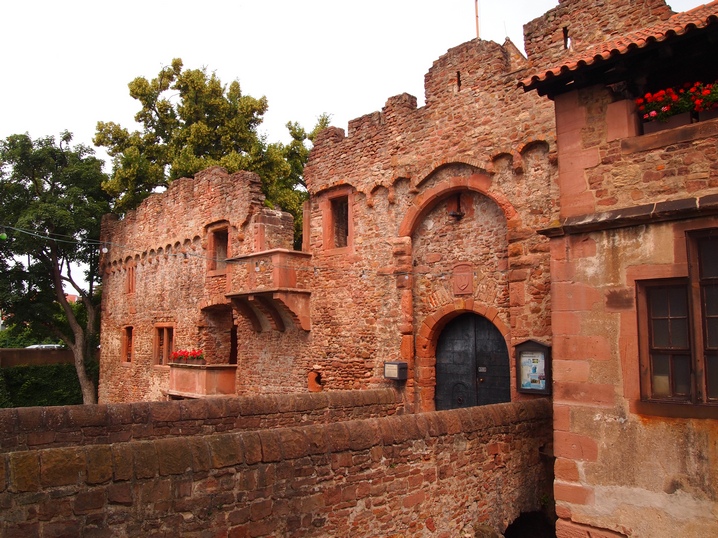 The castle was apparently built in the 12th century, so it has quite medieval origins. And the form looks it definitely. The place was obviously built for defense, not beauty. Even still it is beautiful thing.

There are numerous improvements and balconies added and decked out with flowers. These all have 1912 or 1913 stamped on them, so it got refurbished a century ago. I can only imagine that the current ruined state is due to one of several wars to wander through these parts since then. 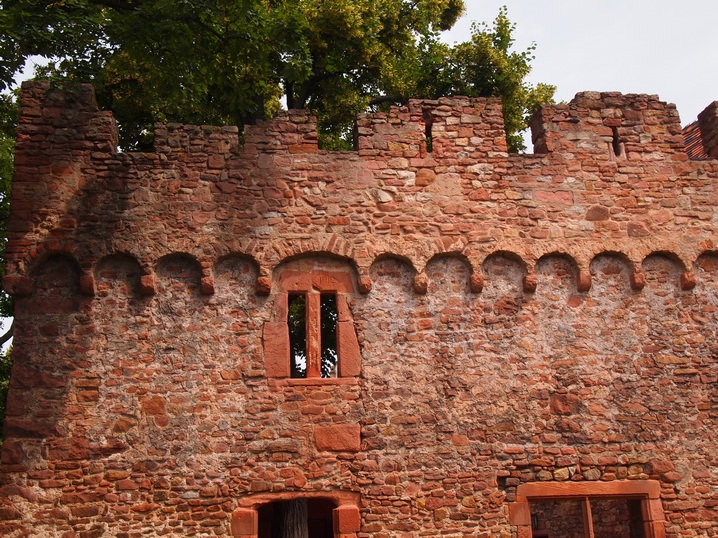 Heidelberg is big enough and central enoughin Germany to be on the tourist radar, but most seem to stay in the center. They huddle like the population of old under the watchful eye of the castle there. Perhaps scared to leave its protection.

If you are in town and want to see another castle without so many tourists, head up to Tiefburg. It is worth an hour or so to come walk around. Maybe you will find it open unlike us.

The Mensa: More Than Just A Hot Lunch! Ups and Downs of Heidelberg