As an American Expat in Germany, I didn’t come here with football(soccer) pre-programmed as my favorite sport. I grew up with basketball and cut my college sports teeth on football (American). I watched my fair share of football(American) games and enjoying hanging out with my friends to do so. It was a 4 hour block (more with tailgating) to hang out with friends, usually in the freezing cold. Now that I am in Germany though, I have learned to enjoy watching football(soccer) for a lot of reasons. 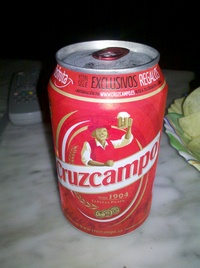 In Europe, a football game is two 45 minute periods with a break in the middle. From start to finish, roughly 2 hours. The action is if not always intense, at least is consistent. And they broadcast it without commercials.

I have a fairly short attention spa–(oo look a squirrel)-n. Yeah, so trying to stay into a game that breaks up every few minutes for a commercial or spend half their time just standing around for a few seconds of action is really hard. Don’t get me wrong, I do love to see my college team (Go Hokies) win, especially with some nice plays, but 4 hours is a bit long even with beer and sausage.

Given that I can nurse a nice pint for about 45 minutes and refill at halftime, the European timescale is easier to get into. And when a game is over, it is over. No endless overtime. And without commercials I don’t feel the need to snack so much, which is better for me as well. So really it is overall just an easier game to watch from a time perspective.

I am not a forceful person. I was kind of shy and definitely awkward as a kid. So watching the big burly guys try to push through each other over a ball was not something I could really relate to. I am still not sporty at all, unless pint curls can be counted or marathon video game runs, so I would never be found playing a good game of football(soccer). Even still I admire the emphasis on skill rather than brute force in football(soccer). I say emphasis, because I have seem some really beautiful plays in football(American) and seen some pushing in some of the recent Euro 2012 games.

I first started watching football(soccer) during the summer Olympics before I moved to Germany. The women’s team was doing really well and a lot of players came from one of the local universities where I lived. And although people have disagreed with me since, I found watching the women play even more of a study in skill and grace of moving the ball than brute force.

And in the end, it is still a social experience. During the World Cup two years ago I sat with friends several times in the biergartens to watch games. You came early to get a good seat and some food, not a 4 hour tailgate, but maybe an hour, so there was still time in the rest of the day to do things. People laughed and whooped and cried on the fortunes of their favorite team. There was still the talk about close games or great plays.

Add the concept of “public viewing” (and yes that IS a German word, not English, silly). This is something the Germans quite get into. Despite every cafe having a TV to show games, even more people still want to watch. So they put fences around parks and put up big screens. In German orderly fashion, only a certain amount of people are let in to see. Especially in great weather, I can imagine this being a great thing. Unfortunately the only time I tried going was raining and muddy.

I have learned sport watching by osmosis. I was never good at playing sports and as such not such the big watcher. I did however learn that watching sports with people is a good way to make friends and enjoy things together. So about 1000 stupid questions later, I have learned the general rules to whatever sport I happen to be watching. Finally I know enough about football(soccer) to watch a game and not feel embarrassed in ignorance when the rest of the crowd is crying foul. In the end I also feel like I am part of something. That I am fully integrated in the country for the few hours of rooting on the same team.

Thanks to all my friends who have suffered my questions to teach me about sports.
My mom, basketball and baseball.
Charles, football(american).
John, hockey.
Denver, rugby.
Patrick and Sarah, football(soccer).

The Life in Germany series continues on Monday with another Football related post about Football-fever.

This is my entry into June’s German Blogger Stammtisch for the topic of Football. Check out other posts in the Stammtisch below. Next month’s topic is “Favorite places in your new hometown.”

3 Things We Learned From 3 Months In Bavaria, Germany Life in Germany – Football Fever