Even though Freiburg is only a few kilometers from the French border, I don’t go into France very often. Colmar is a pretty Alsatian town directly across the Rhine from Freiburg. Despite being so close, the difference between France and Germany is definitely noticeable. My best friend from home came to visit for a bit so he, Ali and I went to Colmar for the day. 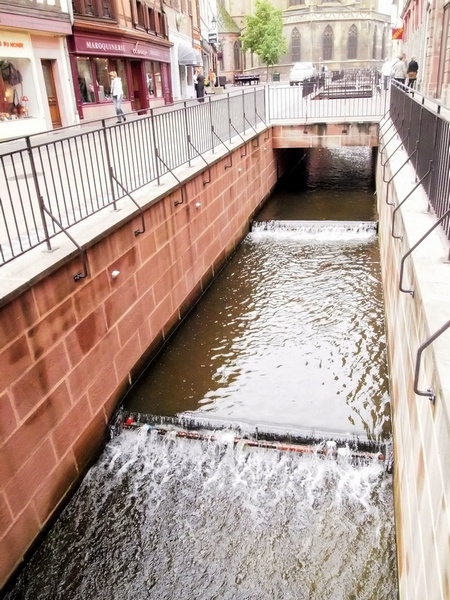 Colmar is a very walkable city. In just the few hours we had, we walked across the city center several times. Amongst the shops and restaurants are also these. Canals drain water through town. Although much bigger, they are reminiscent of the Baechle in Freiburg. The canals in Colmar run in a rough line from top to bottom in town and are open in certain places in the streets. 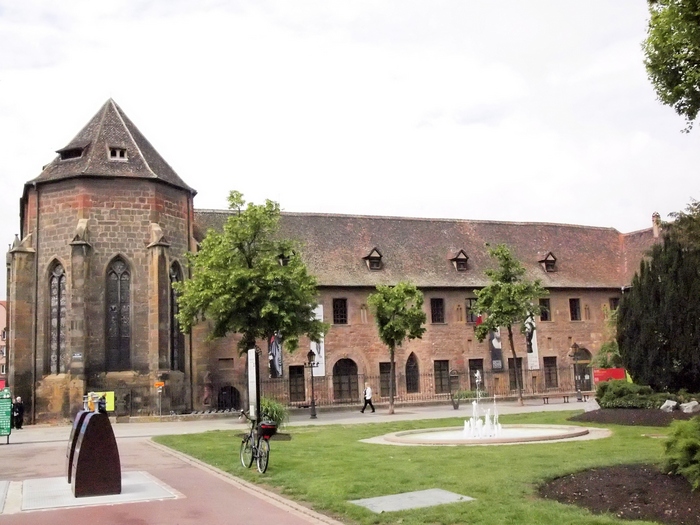 Colmar has several museums, including the Unterlinden Museum in this impressive former convent. It is near the theater bus stop and the tourist information office, so makes a good stop if you are interested. So museums are not my thing really and given the time limits of really only half a day in Colmar, we skipped it. 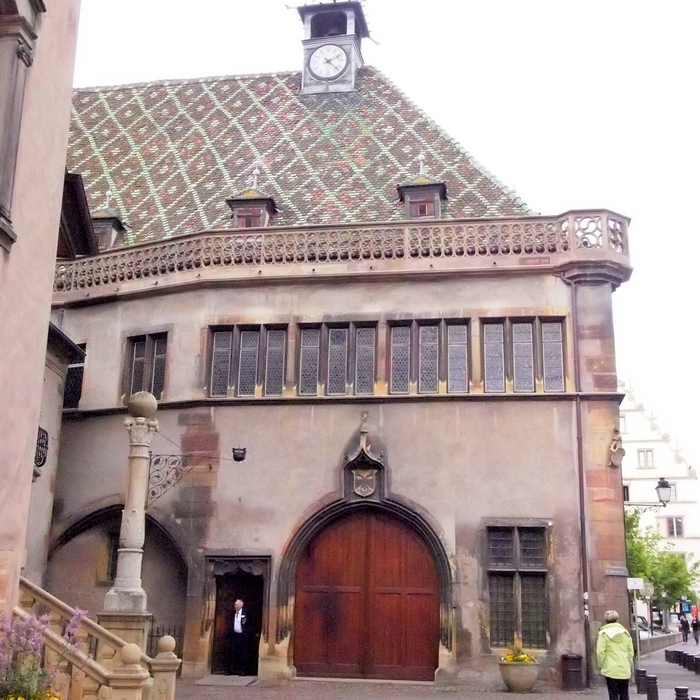 Although arranged museums are not my favorite, I love history in the open air. The customs house in Colmar is this in spades for me. This entire region, including both Strasbourg and Freiburg, once were ruled by the Hapsburg family. This is the same family that ruled the Austro-Hungarian empire from Vienna. I don’t actually know why they decided to hold onto this area, but evidence is everywhere. The shield above the door to the customs house is the Hapsburg sign of the double eagle. I have seen it in Strasbourg too. 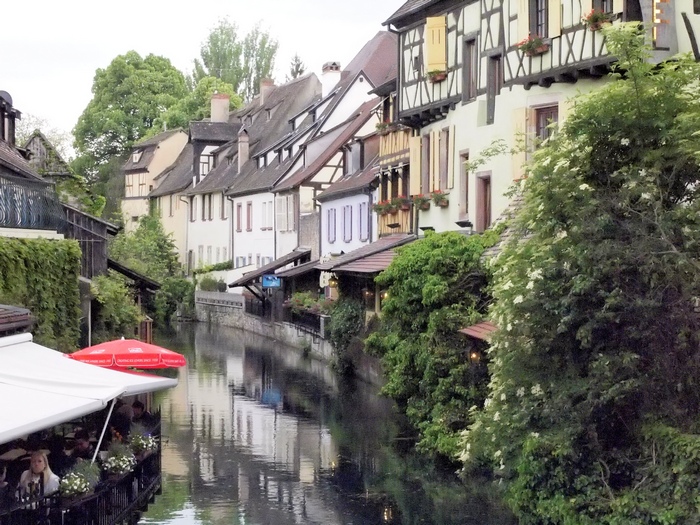 Pretty much anywhere in Europe where houses are built against a canal packed together and attractive, it will be called little Venice. Colmar has one of these as well. It is one end of the center of town and roughly where the small underground canals meet the main river. A few restaurants hover over the water and offer a spot for boats to tie up. The bridge over the canal offers some nice pictures, but overall I was not impressed. Partly due to the overcast day we had and partly because we were just in Venice a few months ago and nothing compares to the real thing. It is still worth walking down this far if you are in Colmar. 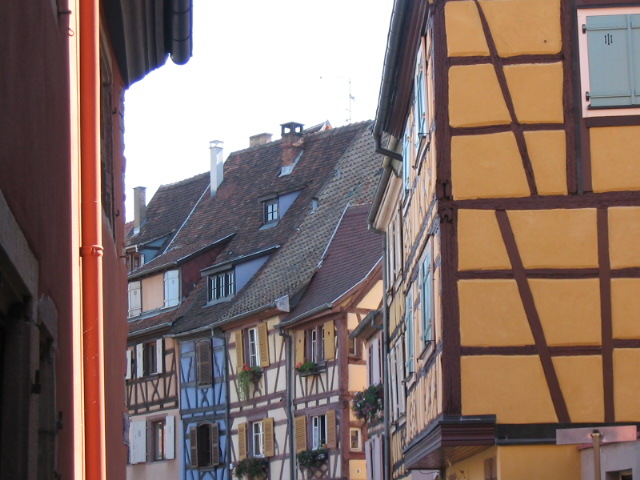 The architecture in Colmar is a bit of a mix. There are certainly modern buildings and a fair number of the late 1800s Art Nouveau style houses that you might associate more with Paris. But what Colmar is better known far are the timber frames. And they are everywhere. Modern shops selling handbags can be in the ground floor of a timberframe building. This is probably the best reason to put away your map and just wander.

Of course there are churches

What kind of European town would Colmar be without a cathedral. In addition to several other larger churches, the central square in Colmar definitely has a cathedral. There is even a water canal that runs alongside it. Although predictably expensive, the square is also home to cafes and restaurants. Even though it was rainy and a bit cold when we were there, there were still plenty of people sitting out watching people go by.

Our last sightseeing stop before heading to find a hot chocolate and warm up in a cafe was the covered market. The market is near Little Venice and on the river canal as well. I remember from a guided trip here that I took years ago, that they used to use the canal to deliver things to the market. Now the market looks still well taken care of and houses a number of market stalls selling all manner of, what looked like mostly, imported specialty food. Definitely a neat place to walk through, but didn’t really feel historical.

Other reasons to come to Colmar

We only had a few hours to wander, so we took it easy seeing what we were up for. It was a bit rainy and cold, so we didn’t do too much. Many streets in the city center are lined with shops and restaurants, so I can well imagine that it would be a lovely place in the summer to wander and shop.

Though if you are here in the winter, Colmar has a big spread for Christmas. The last time I was here was at that time of the year and they had 5 different Christmas markets spread around town in different squares. Even without the markets to entice, Colmar was worth a day to wander and take in Alsatian charm before heading back to Germany.

Getting there from Freiburg

From Freiburg, take the BSB to Breisach and then the bus from Breisach across the river to Colmar. Reverse this to get home. There is a specific ticket that lets you on the entire region of Freiburg local transport as well as the bus to Colmar for up to 5 people. We found that the bus stop called Theater in Colmar was more convenient to the city center. Just be sure to check the return schedule, it does not go so late at night.

This is my submission to Andrea’s Carnival of Europe.

Do Germans Speak English? Eurovision – Guide for the Ignorant Expat