Am I going to be fine without speaking German if I come to Germany? One of the biggest worries for travelers to Germany as well as expats here is the language. I often get asked about whether the Germans speak English. This question gets asked in different forms, but the short answer is yes (mostly).

I have met so many Germans that speak English in one form or another. This ranges from a few words to real fluency. Germans, and especially their education system, are a pragmatic bunch. The use of English especially in business is widespread enough that it is mandatory in school often from grade 5. So most Germans under about 50 will have had English in school at one point or another. The differences will come in how much they practice it and this will often they come in contact with English speakers.

The Misleading “Only a Little Bit”

“Sprechen Sie English?” (“Do you speak English”, in German) a tourist asks unsteadily, drawing on the full two years of high school German.

“A little bit”, comes the reply from the German shopkeeper or waitress or train conductor. The shopkeeper then proceeds to discuss in long detail whatever transaction the tourist is trying to do. Sometimes with views on why the tourist might have violated some rule or another.  This German concept of I only speak English “a little bit” can be misleading.

When an American says “I speak a little bit of Spanish,” it usually means that they took two years in high school a number of years ago. They can read signs and mostly menus. Stuttered sentences that may or may not contain a verb are usually the extent of “a little bit”. There rarely a sense of conversation with “a little bit.”

Germans seem to mean “working knowledge” with the phrase “a little bit of English”. There will still be mistakes with verb tenses and not pronounce things right, but in general can make themselves understood in most situations. Sometimes it can be, “I only speak a little English. You want to discuss politics or religion?”.

This phrase is quite well known in Germany. It is what it sounds like on the Deutsche Bahn trains as they announce station stops in English (“Thank you for traveling,” if you can’t read Denglish). For most Germans that are not fluent in English and yet college level educated, the amount of English they understand is much more than they can speak. There is also a culture bias against making mistakes. I would not place this on the level of “losing face”, but more an uncomfortably with things outside of the routine. What this means is that although it is rare for someone to start speaking English with you, stumbling through whatever German you know, even badly will often prompt the other to switch to be helpful.

Germans as a culture are quite into traveling. Study abroad is also very common. They are in the middle of Europe with different languages on nearly every side and definitely in the the popular warm places to go. The more a German has traveled the more likely that their English will be passable. As in most cases, go into a situation with some humility using whatever little you have learned and you are likely to be rewarded with enough English to get the job done. 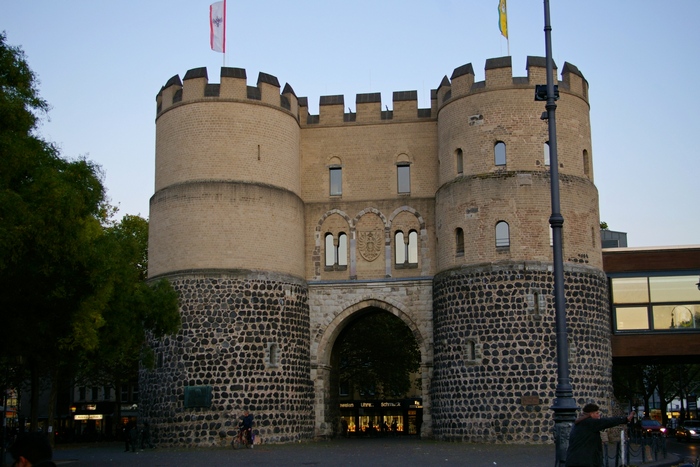 What does this mean for travelers?

Germany is definitely a country that you can travel in without any knowledge of German. People in the tourism industry will almost definitely speak passable English for their area of knowledge. Larger cities and higher educated people will speak more English. Signs are still in German, but I have found people to be quite helpful with directions.

What does this mean for living in Germany longer term?

Ignoring the job aspect and the visa aspect, it is technically possible to live here without much German. It is however not so much fun. Smaller towns will be much more difficult than a place like Berlin. It is well worth learning the language. Though with the above mentioned widespread English proficiency, a little knowledge can go a long way. It is totally worth learning the language and getting into the culture through the language, but to actually live here without it is definitely possible.