This is how my best friend described walking through the local grocery store when he came to visit a few weeks ago. We got into a discussion of such things and it got me thinking. Is this perhaps actually a very clever pithy way of describing the expat life that we have decided to pursue as well as an explanation of why cultures is so overwhelming sometimes.

The phrase goes something like this, “if it quacks like a duck and looks like a duck, it probably is a duck.” Pretty much, I read this as saying if it fulfills most of the brain’s qualities of being a duck, it just gets categorized and treated like a duck. If something is familiar enough then there is a normal way of dealing with it. Ducks are given bread and swim in lakes.They have feathers and Daffy was one. 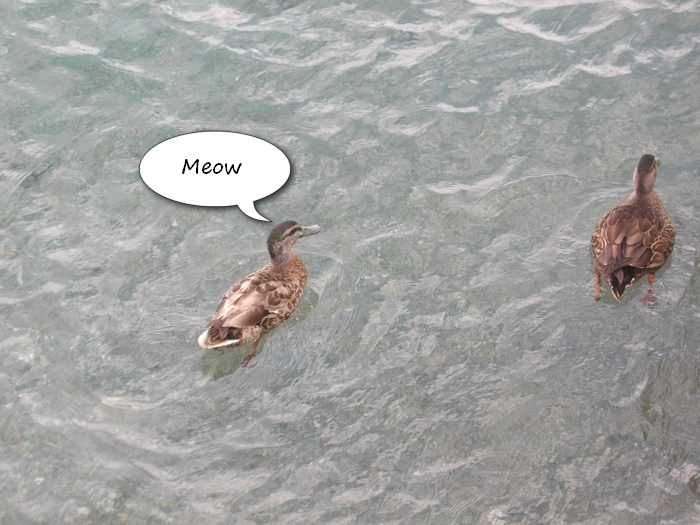 The problem in dealing with other cultures can be that something doesn’t fit properly into a familiar category and this is disorienting. If an animal quacks like a duck, the brain wants to call it a duck. If it looks like a cat, the brain wants to file it under cat. Cats sleep in the sun and chase mice. They purr and take over your favorite seat on the couch. 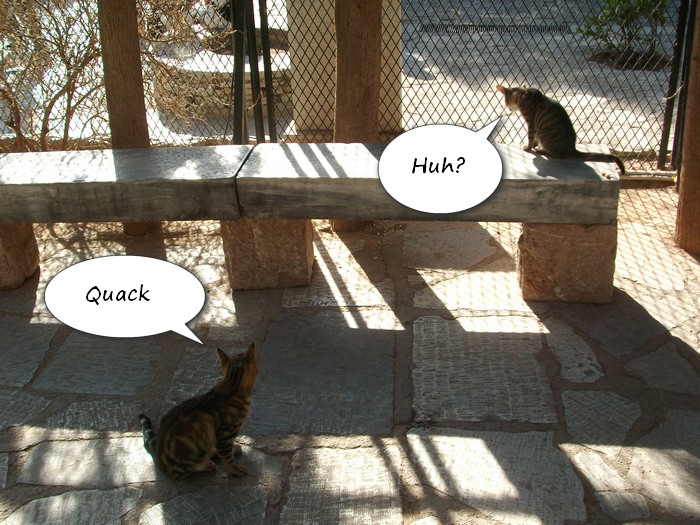 This is where I like my friend’s phrase a lot. Both ducks and cats are relatively mundane creatures with very well known patterns of behavior. The fact that these things are so well known makes it all the more disconcerting when they don’t fit into the pattern. The more familiar the object or pattern, the deeper these patterns go and the weirder it feels when things are different.

A grocery store is a very deeply held pattern for most. Especially in the US, I went to the same store every week buying roughly the same things in the same aisles. The store was roughly the size of a city block here and contained nearly every brand of every type of food.

So my pattern was deeply held. Now I come here and have different experiences. It is fairly common for certain brands of things to go out of stock for weeks or stuff to shift around in the store. Or not be able to find some types of food at all. In Aldi even, it is often a crap shoot of exactly what they will have in general. This is still the grocery store pattern but doesn’t hold the routine stability that Americans are used to in their stores. It quacks like a duck, but looks like a cat.

These are the things that seem to be very subtle on the culture shock scale. Seasoned travelers are able to deal with the radical changes. When you encounter something that you expect to be the same because it fits some of the qualities and yet isn’t the same, then it gets annoying. That aspect of the traveler’s mind that can deal with big things just gets sideswiped a bit. The subtler the differences, the harder it can hit at times.

More Reading:
My wife Ali’s thoughts on the sneaky nature of culture shock.
An interesting post from an expat in Sweden about the Expat Blues that I liked.

Dogs in Public in Germany Do Germans Speak English?