Dogs in Public in Germany

Despite the industrial and technological bent of society, Germans love nature and animals. This includes dogs, which are often treated better than children in public. This is fair though, as they often behave better too. I have been impressed by how the canine members of society are accepted and act. So much different than the dogs I remember from the US. 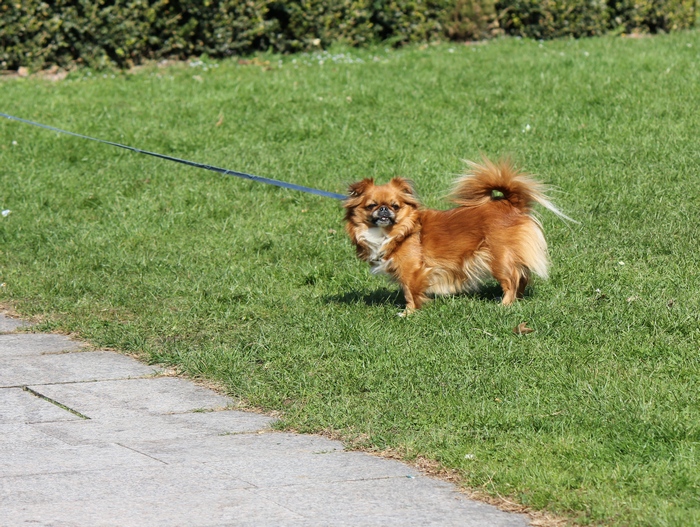 Compared to the US, Germany is a more public society. More walking around and much more outside. Dogs seem to fit right into this. Smaller apartments and more urban areas seem to lead to a desire to go out and do things. I remember reading this about New York City as well. The smaller and more packed together homes encourages more going out. As people go out, so go their dogs.

Dogs ride the tram with a child’s ticket, in Freiburg anyway. And they do so often with minimal issues as well. I have heard the driver berate someone for not having the dog on a leash once, but even then the dog was pretty sedate.

Being in such an urban environment, they must be trained from puppies to be in society and how to behave. This is pretty cool in comparison to the wildness that seems to typify the dogs I remember seeing at home. I was scared of dogs as a kid and still a bit hesitant with them now. I often remember being out and around with people and seeing others walking their dogs, which want to jump up on me. I get sniffed every so often here, but mostly they just ignore me. I’m actually kind of ok with that. 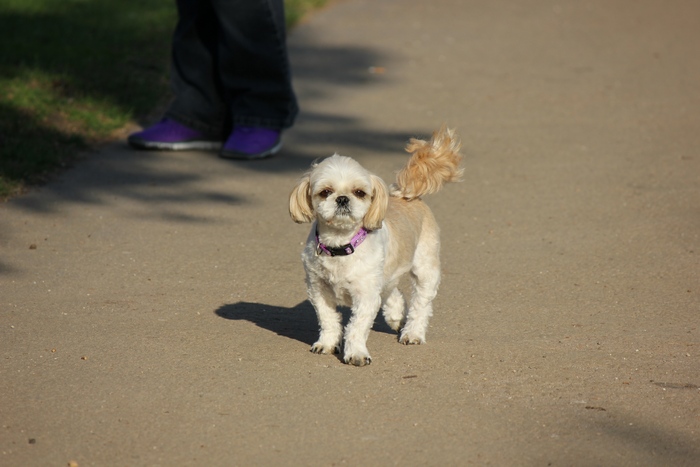 It is not at all unusual to see dogs in restaurants. They are under the table near their owners and seem often quite content to just lie there. No begging that I have seen. And not just little dogs either, bigger dogs too. Restaurants seem perfectly fine with it too. We saw at one point a waitress bring a bowl of water for a dog on a hot day.

I still think it is a little weird to see them in restaurants, but they definitely behave. There are certain stores that have signs out that say that dogs are not allowed. There are then often tie up spots near these signs, so that owners can dip into the store quickly for something.  I’ve seen it at the gym I walk by every day too. Dogs set up in the lobby with a nice bit of fabric to lie on and await their owner sweating inside. 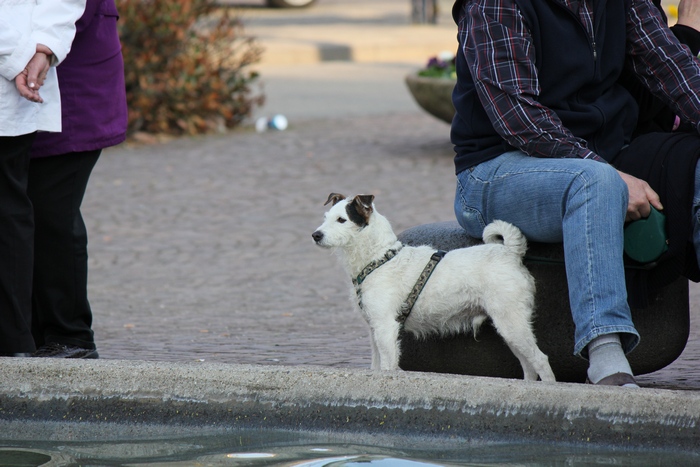 As is typical for Germany, there are rules around dogs and their behavior seems pretty well controlled. I don’t how much of these are unwritten courtesies and how many are actually on the books. Dogs don’t bark very often when in public and never seem to be very hyper when out in a big crowd of people. Something that cannot always be said for children.

Every so often on the street two dogs will see on another and feel the need to bark at each other. Owners are usually pretty good at restraining this. Despite a few barks every so often, the dogs that I have seen here in Freiburg have been quiet and well behaved.

And especially here where cleanliness is highly prized, it is neat to see stations along a lot of the walking trails that provide free supplies of poop pickup bags. People seem to use them too, which is actually good to see. I occasionally see someone calmly talking to a friend while walking the dog and have a yellow bag full of poop swinging from their side. So not only are the dogs better behaved, the people seem better behaved about their dogs as well.

Germans love their dogs and take them out with them into fresh air. But these are German dogs, so they are far more careful to follow the order.

Photo credits to my wife at Ali’s Adventures.