Germans like to travel. Seriously. Anywhere you go you are at least as likely to run into Germans as any English speakers. This is my experience anyway. As we travel more, it is interesting to hear German in crowds. Yes, there are 80 million of them, so some proportion will travel. But it seems in excess compared to other language groups. Here are some of my ideas why. 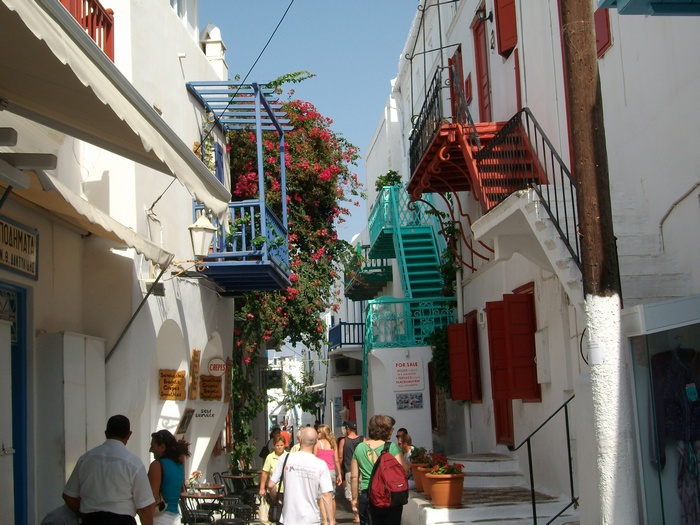 Germany has a culture of allowing and requiring vacation. The minimum is around 4 weeks and I don’t ever hear statistics about people not using it. In fact, I read one of the demands of some recent strike was to do away with the tiered vacation structure in some company and let the younger workers have full amount as well. The quality of life idea of having vacation time is deeply a part of the German working culture.

True, much of this time is spent inside of Germany or in nearby European countries, but with so much time off there are bound to be people that go further abroad.

Some of this is perhaps the weather. The German winters can be oppressive, cold and dark. Summers are gorgeous, but not hot. So if you are a sun seeker (as many Germans seem to be), vacations have to be elsewhere. With so many places even in Europe nearby, it just kind of makes sense to jet off to Greece or Turkey even for a few days in the sun.

I have heard of schools in Germany having relationships with high schools in the US so that entire towns go to visit the same place in the middle of the US during their high school for one amount of time or another. Study Abroad semesters are very much encouraged at the university level as well. An ex roommate of mine spent a summer in the very tiny town that my grandmother grew up in.

This study abroad is a part of the curriculum in places and from listening to people talk figures like “extra curricular activities” back home. In the “you gotta do it to be more attractive to future schools/employees/opposite sex”. Just in the US these activities are local, while studying in a foreign country for a semester is the way to go. This is just a big difference in priorities between the US schooling system and the German one.

This study abroad extends to apprenticeships as well. Foreign work experience seems to be seen as a good thing for young German workers to have. Especially in a highly competitive field in Germany, getting some experience outside of the system can be beneficial.

Germans go everywhere because tour agents are on each corner. In a place where it is far more common to walk on the streets and every block has a tour agent, there is bound to be more interest in travel. Not just that these agencies must be able to support themselves, but the advertisements help bring in customers.

The best marketing for us seems to be the agency with the big window of ads right around the corner from the ice cream place. We get a cone and wander up to look at the latest crop of places to dream about. Ok, yeah most of these are resort trips and all-inclusives that we would probably never go on.  Yet it is so cool to read the places and realize that people are going. They are traveling.

The travel agencies almost out number the shoe stores on some blocks (ok, maybe not as the show stores keep opening, but still there are a lot.) Travel is in the air as people stroll around.

Where have we seen them?

German tourists look pretty normal in most respects. You notice mainly when they speak. In Carnevale in Venice this year we saw and heard a bunch. One group of women in particular sticks in my mind. They were a group of about 8 women in matching robes. We saw them a few different times on opposite ends of the cities.

I met a couple from Cologne in Mykerinos a few years ago. In New Zealand, we met a group of backpackers in hostels both in Wanaka and Dunedin. Ali has run into Germans in nearly every stop on her round the world trip. If not German, at least German speaking Swiss. They do seem to be everywhere. Even Katie met a German on her Black Sea ferry cruise, amongst the Russian truckers. And all of this is ignoring the trains running to and from Germany.

Ali and I now have this as a running joke. Every time we hear German in a crowd one of us will lean over and whisper knowingly “they’re everywhere.”

What are your thoughts? Do you meet Germans every where you travel? Are you a German that travels everywhere? Weigh in!