Baden-Baden is a resort spa town in the south west of Germany between Karlsruhe and Freiburg and has been for several thousand years. There are roman ruins of a bath house under the modern spa of Friedrichsbad. “Baden” is the German word for baths. The town feels appropriately resort-like and is a nice walkable town amongst the hills. Ali and I went to play with our new cameras before heading to Turkey, so I took tons of pictures.

Here is a look in pictures of our day around town.

The first stop needs to be the Trinkhalle. Not only is this a cool colonnaded building, but it also holds the tourist office (which is closed on Mondays). This was once a building to “take the waters” and still has a fountain in the main hall. A sign next to it details the minerals and what it is good for. 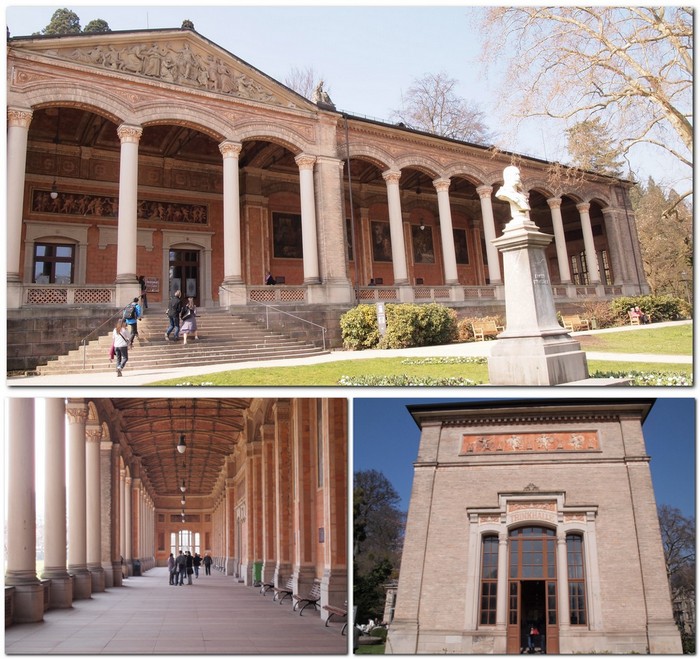 Banks of the Oos

The river in Baden Baden is called the Oos. I imagine it is actually pronounced “oo-s” not “ooze”, but it is still funny to read. Along the banks is a 3 km long park with many little bridges that cross it. According to a sign and map this was a place to see and be seen by the Parisian society in the summer. Baden apparently was once the place to retreat to from the Paris heat. It is still a nice place to relax and enjoy the paths and grass. 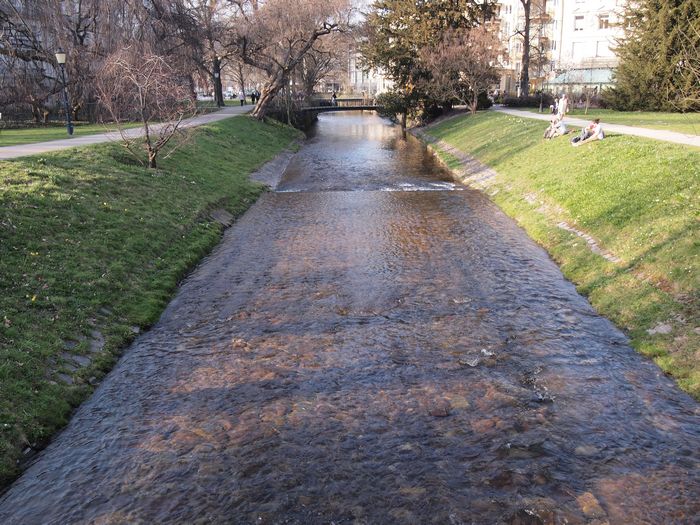 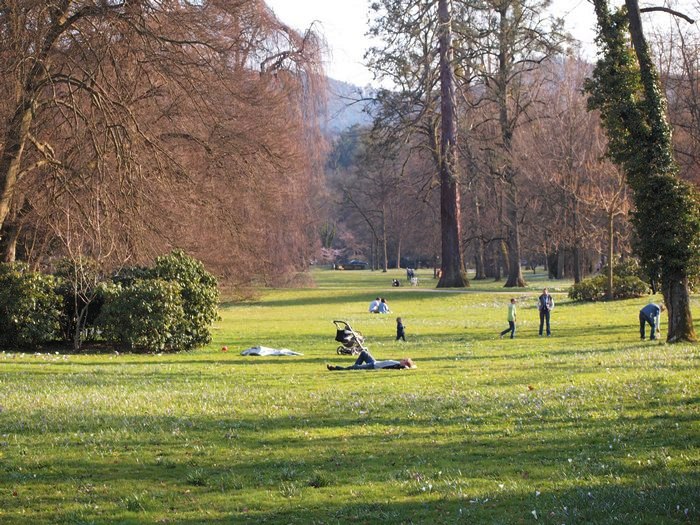 It is last weekend in March and spring has just begun in Germany. The early flowers were out and the trees and shrubberies were starting to bud. 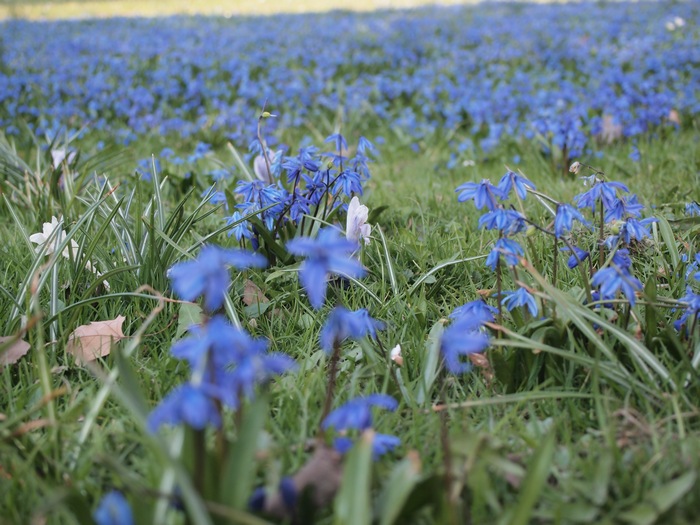 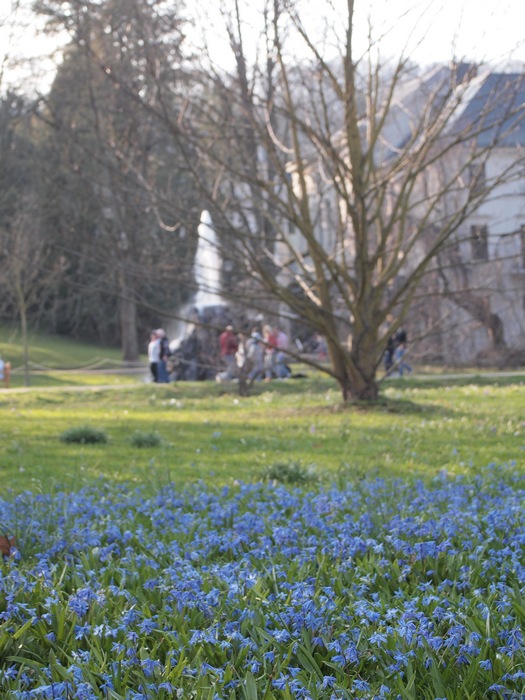 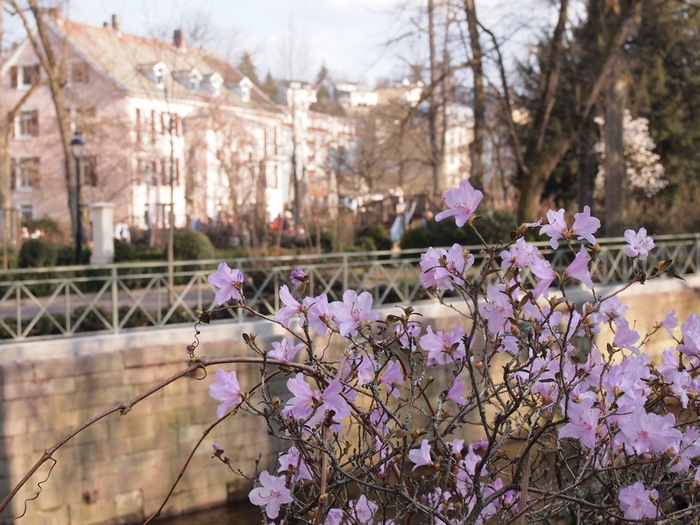 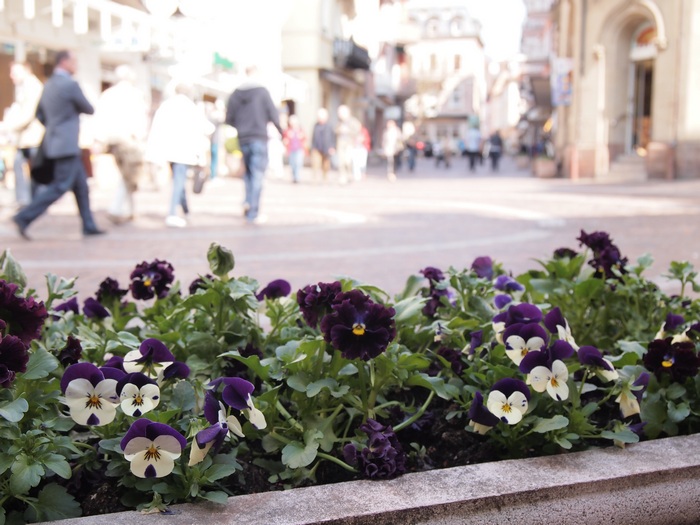 Pedestrian Area with Shops and Restaurants

Baden-Baden is very walkable. The pedestrian area with shops and restaurants is right where the bus lets you off. Despite the McDonalds in the middle, the places look fairly upscale. We didn’t go shopping, but did have ice cream and watch the people go by. 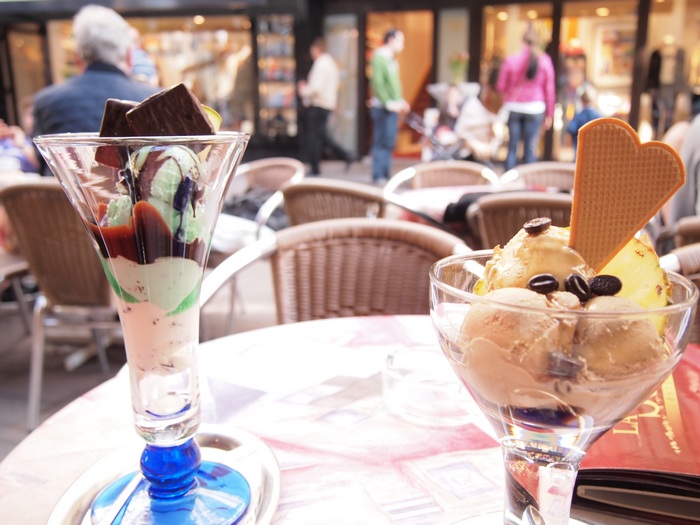 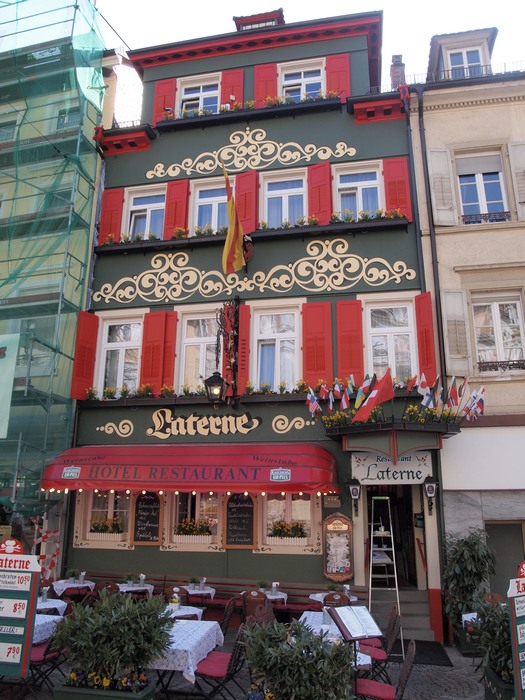 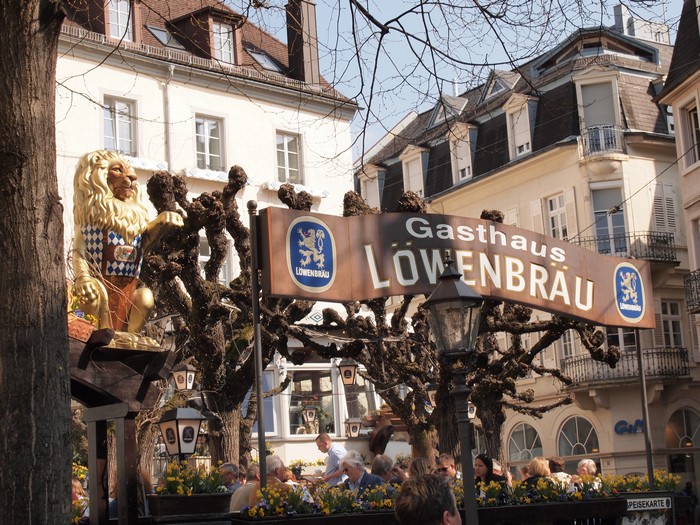 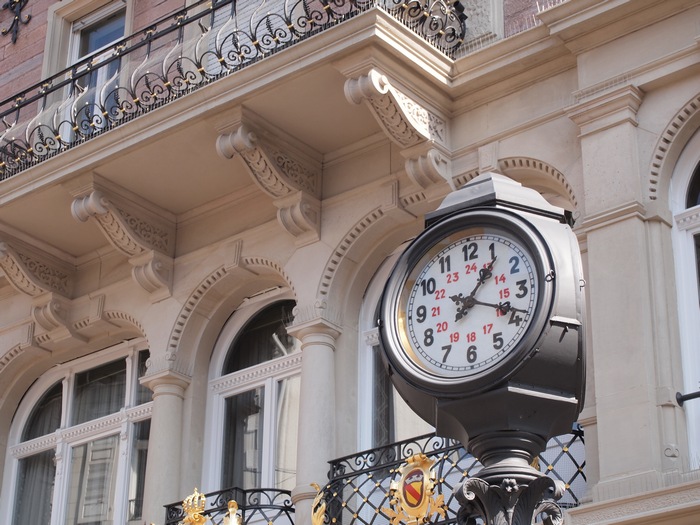 The main attraction of Baden-Baden is the spa atmosphere. The spas are up on the hill above the pedestrian area. A gentle climb leads you to Friedrichsbad. Underneath and next to this building are the ruins of the roman era baths. The ruins are not the highlight of the town and so not open very often. Not in the winter and only a few hours a day in the summer. But still you can see through the windows. There are several other modern spas in town in addition to Friedrichsbad, although all seem to be owned by the same company.

The town is centered around water. There are numerous decorative fountains spread around town both in the spurting up variety and the dripping into a basin variety. As well as mineral sources that allow anyone walking by to partake. We found one behind Friedrichsbad called Fettquelle. The alcove contained a faucet pouring hot slightly salty water from the wall. 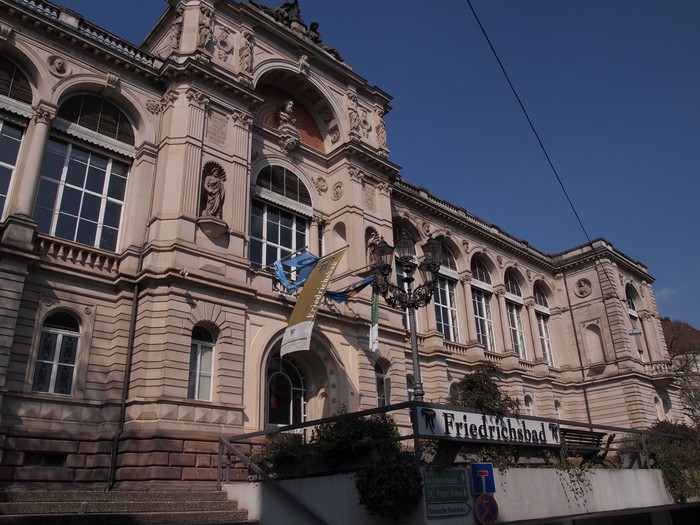 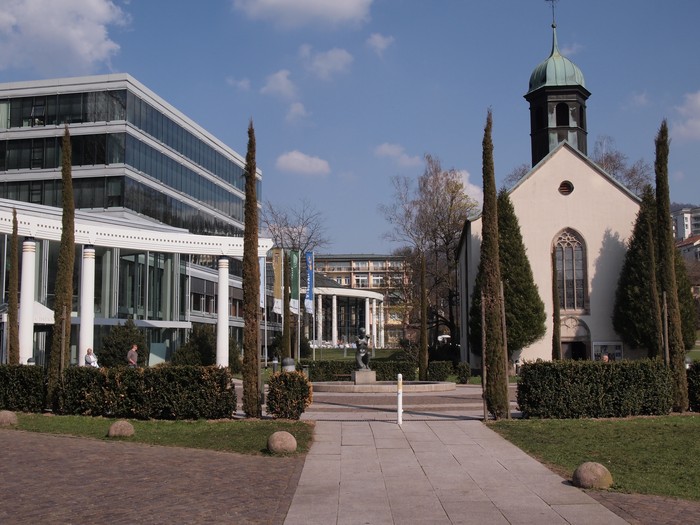 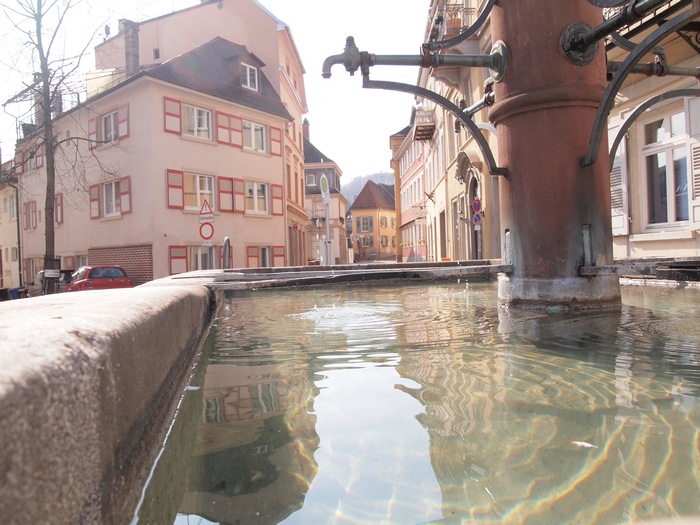 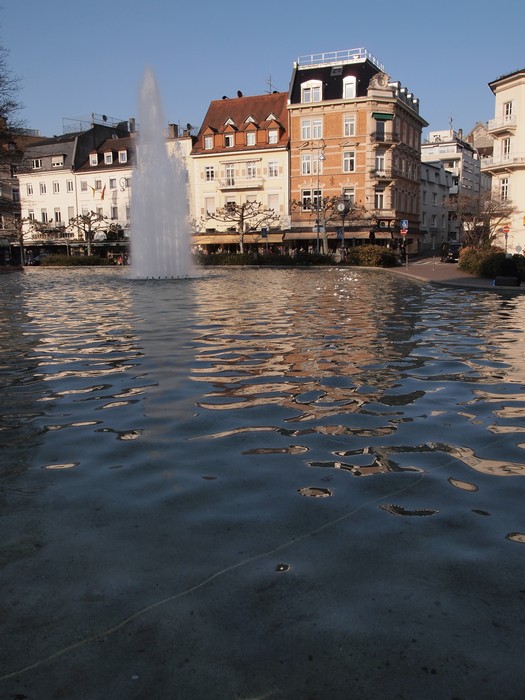 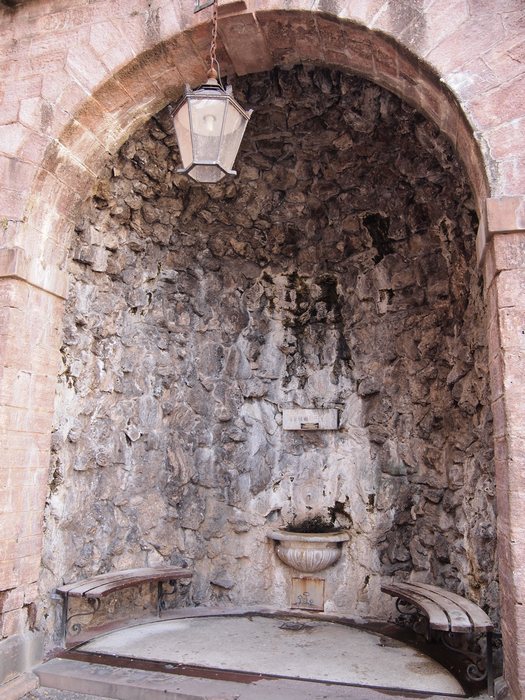 Getting Here: Take the train to Baden-Baden station and then one of many buses into the center of town. For us, the Baden-Württemberg Ticket (german) offered by the Deutsche Bahn let us on all the slow trains and buses in the region for 25 Euros for 2 people. For us out of Freibug it is only an hour and a half on the slow trains and thus a great chance to try out the Baden Württemberg ticket for a day trip on a sunny Saturday. This was  great deal and took the worry out of things. This would work from anywhere in the state that you could easily get here and back on the slow trains. There are ICE trains that stop here too. 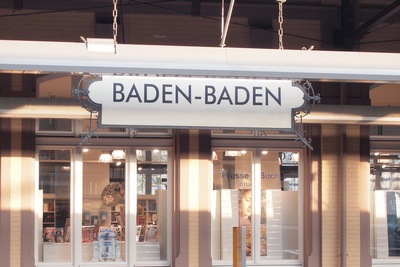