The kiwi is the national icon of New Zealand. It is on their 1$ coin. They use it on tons of marketing. The people even refer to themselves as kiwis. So I knew I had to see one if I could on our trip to New Zealand. So in planning I set out to find the sanctuaries in the towns we went through. We ended up finally seeing them in Rotorua at Rainbow Springs, and here is a bit about the experience. 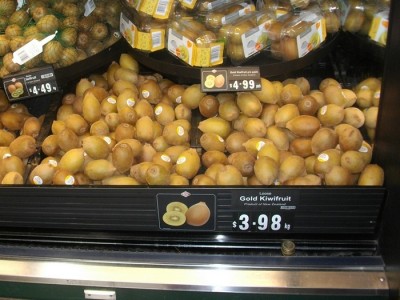 So in American English a “kiwi” is pretty much one of three things. A fruit, a person from New Zealand or a small flightless bird. I know a few kiwi people from living in Freiburg. I have seen and eaten kiwifruit at one point or another. And although they kind of look like the small furry body of the bird, where not what I was looking for. So what was left was the nocturnal reclusive flightless bird. This was going to take some doing.

Although there are actually a number of kiwi sanctuaries around New Zealand, including one in Queenstown that we walked by, I picked Rainbow Springs to go see my first kiwi bird. It was near the end of the trip, so something to look forward to. We started the trip with natural beauty at Milford Sound and saw the birds near the end of the trip. They also tout the opportunity to see a hatchery and baby kiwis.

Rainbow Springs is a nature park on the outskirts of Rotorua. They have a number of exhibits of native New Zealand flora and fauna, but the highlight, at least for me, was their kiwi experience. They are part of Operation Nest Egg, sponsored by the Bank of New Zealand, and one of several places that bring kiwi eggs in to raise for release. I was excited to see some of these endangered and reclusive icons of the island country. 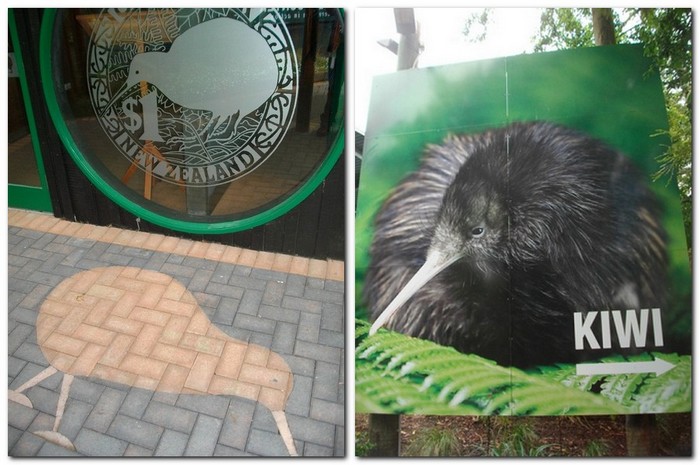 The park is outside of town a bit. There is a bus on normal days, but as we were there on January 3 (apparently a holiday this year), we had to organize a shuttle. You could conceivably go to Rainbow Springs and only see the zoo and ignore the kiwi experience, but why?

My only complaint about the park isn’t their fault. They offer a nighttime viewing in an open cage of kiwis. And your ticket during the day even works at night, but neither the bus nor the shuttle transport ran in the night for us to get out there. It would have only worked if we had our own car, but it sounds awesome.

So kiwi birds are nocturnal. They don’t deal with light well. Apparently not too long before we got there, someone carelessly took a flash photo of a kiwi in the habitat. Despite repeated promises to double-check our flashes, we were not allowed to take pictures of the actual kiwis. So you have to take my word for it. Kiwi chicks are cute! 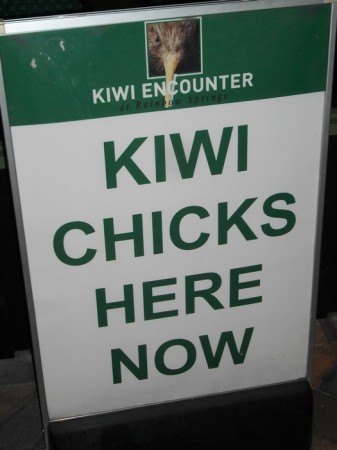 We started with learning a bit about the kiwi bird and its mating habits. The females lay an egg that if compared with humans would be like being pregnant with a 4yearold. In classic kiwi (the people) ingenuity, cracked eggs are fixed with nailpolish or masking tape depending on the severity of the crack.

Eggs are brought to the center for incubation and hatching. Then the kiwi chicks are placed in yellow incubation boxes. We got to see a few in their boxes through the glass windows of the observation room. They are much bigger than I expected, bigger than a furry grapefruit. And even in the darkened room, the distinctive shape and motion was visible and cute. Rainbow Springs has hatched over 1000 eggs since they have been a part of the program.

Afterward, we were led into a darkened hallway. On either side glass habitats contained kiwi birds. I saw two of the three that were in there. They are good at hiding and only really active at night. Again far bigger than I was picturing in my mind. They are much easier to see if you look for the whitish beak and not try to find the dark body in the shadows.

Outside of the hatchery area they had a small museum with information panels and stuffed examples of the various kiwi species.

Kiwis are unique creatures. They are almost a mammalian bird. The feathers are more like fur. They have apparently two working ovaries(well the girl kiwis do, and apparently you can’t even visibly tell one sex from another without DNA tests). They have marrow bones which are heavy unlike a flight-ful bird. And yet their biggest predator are mammals. Stoats and weasels that have made their way to the island endanger the birds. The aim is raise the kiwi chicks until their are 6 months old and big enough to fight off predators better. This helps increase their survival rate.

I am all for saving endangered animals. Especially ones that humans have had a big hand in endangering. It is a bonus for the ones that are this cute. 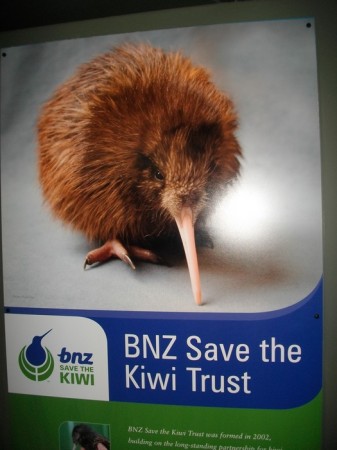 I know there are not great up-close pictures of me holding a kiwi. I did ask, they laughed in that way that makes you feel embarrassed about asking. I really enjoyed the few hours at the sanctuary wandering around. The other animals were nice, but finally seeing living kiwis (even behind glass) was great. I definitely recommend visiting if you are in the area.

We did manage to take a few kiwis home though. 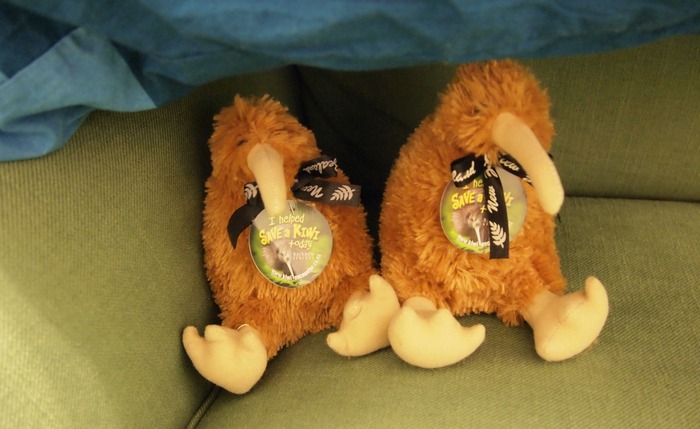 Rainbow Springs did offer a discount for us to visit the park. Though all of my opinions and words are my own. And we gladly paid the donation to support the kiwis.