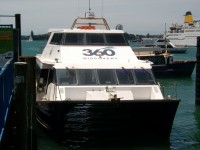 There are a number of harbor tours around Auckland harbor. We found at least two companies offering tours for less than a few hours. We ended up picking the 360 Discovery tour because it went a bit further out toward the islands and not under the bridge. I have seen bridges, but not yet south pacific islands. This was my goal. The tour was an hour and a half long, which was about enough. It took us first around the city harbor and through the area where all the yachts are parked before heading out toward the other islands.

Sails, Sky and the Spike

The yacht bays are chock a block with boats of all sizes from little one man sailors to the yachts bigger than my neighborhood. Especially when the on boat commentary mentions that one guy own both the behemoths we were gaping at, I was ready to see more away from the city. 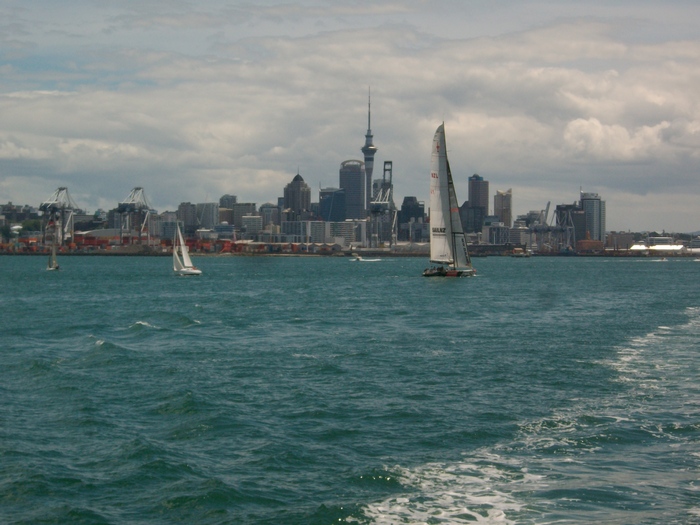 It didn’t take long motoring around the water between the city and the islands before we were caught amidst a group of sailboats. It was amazing to watch the guys harnessed lean out so far they almost fell overboard just to squeeze a little bit more. And to watch them weave in and out around our lumbering tour boat. 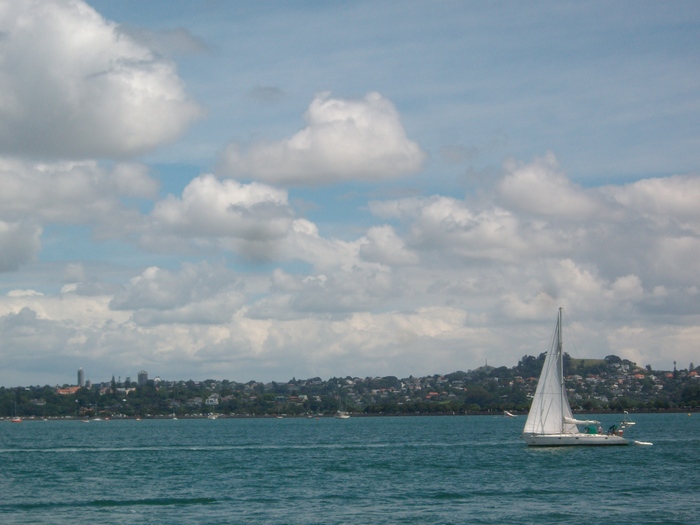 The views back though were amazing. I got my postcard shot. We had planned to go up the Skytower that evening. (Check out my guest post about the Spike here.) 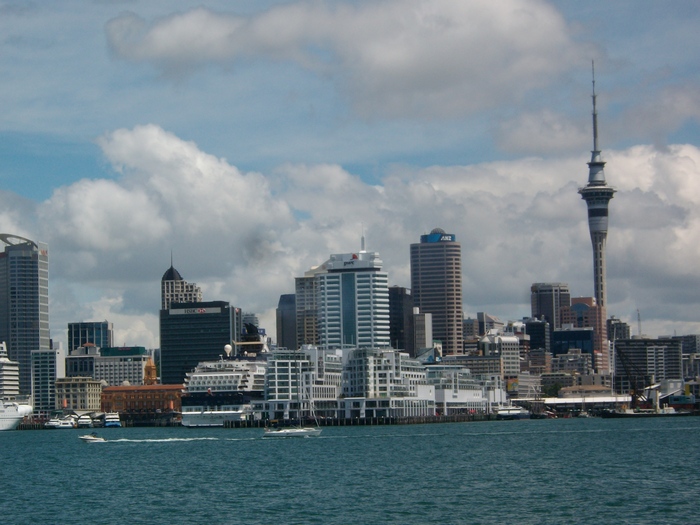 So the reason we picked this trip was that on the map it went out further along the chain of islands that protect the harbor. I know New Zealand isn’t tropical. We had just spent days in the cold on the south island even in summer. But when I came here, I secretly hoped to see a tropical island. The south seas with palm trees and pirates. The drive through Fiordland in the south was a start. The rain forests were just not warm enough and it didn’t really feel like an island there. 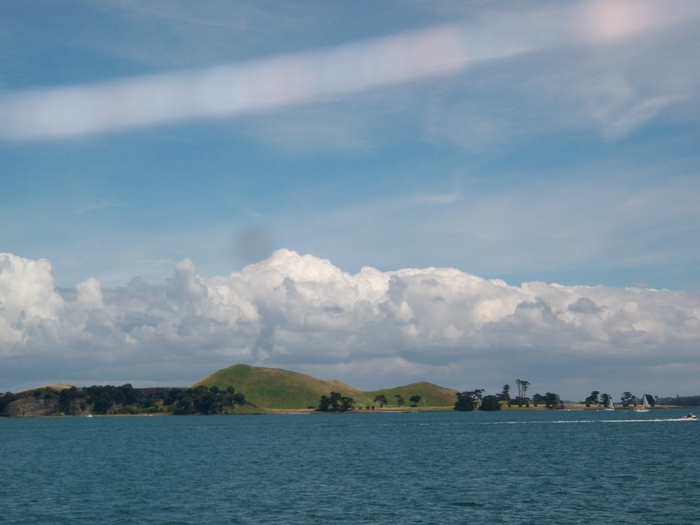 The harbor tour was the closest I got to my typical tropical island on this trip. We stopped at Rangitoto to let off some passengers. The great volcanic cone is that nice typical triangle shape and the island is covered with trees. We didn’t have time, but I read in the guide that there are volcanic caves to climb through there. That would be my tropical island complete with caves of pirate gold (maybe not). Then we went a bit further and saw the neighboring Motutapu. This was another volcanic cone attached to Rangitoto.  If nothing else the names were cool. 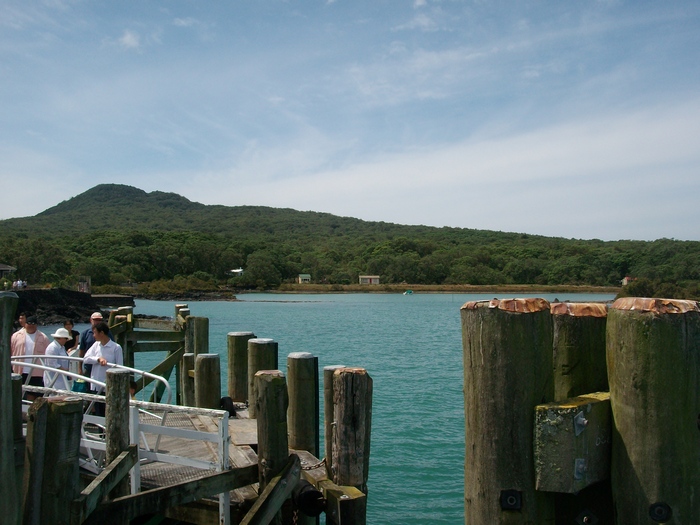 Our furthest stop was a turn around at Motuihe Island in Waihaorangatahi Bay. Who can’t love a place with a name like that. No, I have no idea what it means, nor can I even pronounce it, but I liked the sound. 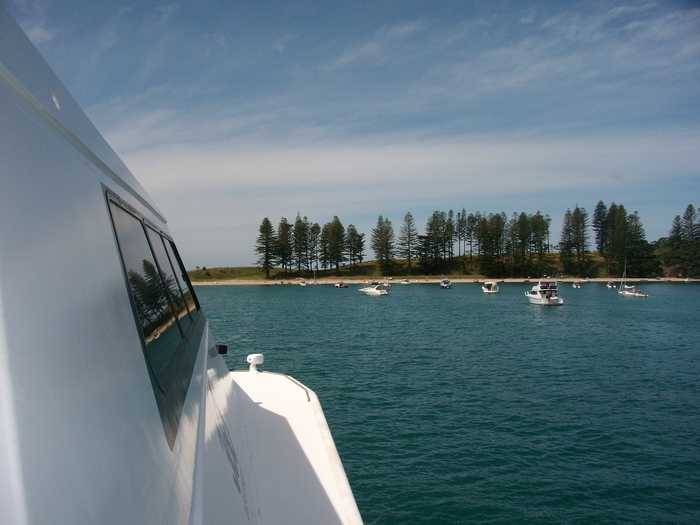 From there we headed back to the ferry terminal and watched the sailboats playing in the wind and the sun. Maybe I didn’t get to walk around under palm trees or trek through a jungle for buried treasure, but I did get a very tiny glimpse of a south seas island. 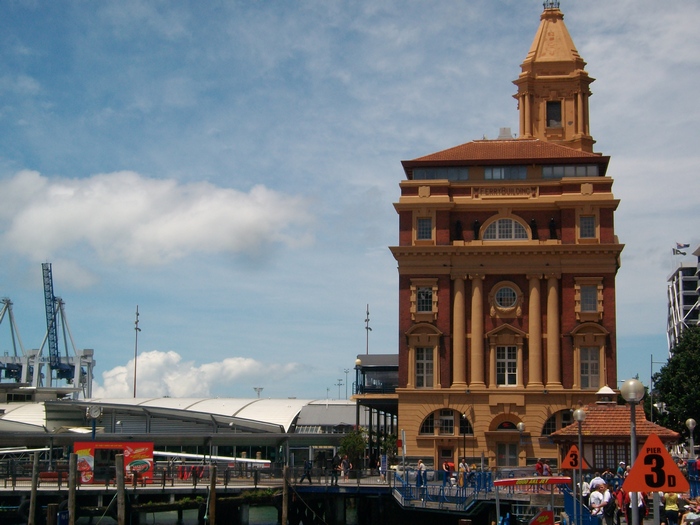