I flew into New Zealand on December 23 by way of a day in Hong Kong. This meant another quick flight (who is afraid of flying now.. um, me still) to Queenstown, which would be our Christmas stop as well as the jumping off to Milford Sound. We had a great time the day before seeing Queenstown from the top of the gondola. I was totally looking forward to a Christmas in the summer.

Grilling by the lakeside in the sun and fun.

The day started fine. We were staying at Nomads Hostel in Queenstown. We had a room there that was just like a hotel with a great view of the lake. The hostel offers free lunch every day apparently and Christmas was grilling by the beach. We were told this even at check-in. “Whee”, I thought. “Grilling outside on Christmas, this will totally be a summer Christmas.”

That part was pretty cool. Large group of people in bathing suits playing with water and singing with a guitar. Food was fine if not so filling.

How we went to Hell and back for a drink.

New Zealand is a culture so well known for parties and a place where alcohol is served in all kinds of places I would not expect. Despite this, apparently Christmas is the one day in the year you virtually cannot buy alcohol. The quickie mart, no. Grocery store, closed. Restaurants surely? Well sort of.

We needed more to eat than a single sausage each. They were tasty and nice, but not a full meal. We weren’t looking for a roast goose with all the trimmings, but just something to snack on. So much was closed around dinner time that we ended up in Hell (pizza). We had actually been there for lunch due to the aforementioned closure of so much stuff. It is behind the hostel and a pretty neat little place. At lunchtime we each had a small pizza and chatted with the guy running the register.

We were baffled by the lack of good options in town. We didn’t want a full meal. Since Ali had really just gotten out of South East Asia, she didn’t want to eat Asian food again. We decided to go back to our lunch spot and ordered some kumara fries and a few drinks. This was fine. Not really Christmasy, but nice to spend time with my best friend. A second round, also ok. When I went for a third round after quite a while of sitting there, I was told no. Apparently the alcohol ban on Christmas extends to restaurants as well in a form. If you are not actively eating, no drinks. So we could have ordered a pizza, but were not that hungry. We just wanted to enjoy a few drinks slowly into the night European style on a warm Christmas evening.

It wasn’t like there was a full alcohol ban. We saw people with cases of beer and even one with what looked like a case of bottles of Gin. I should have learned some sort of planning and preparation after four years in Germany, but this failed me. How were we to know? Apparently they made an announcement in the hostel, but we couldn’t hear it in our nice hotel room. It would have been nice to be warned at check-in.

Despite leaving before we were relaxed there were still some great views from Hell Pizza, including Angel Devine across the street. 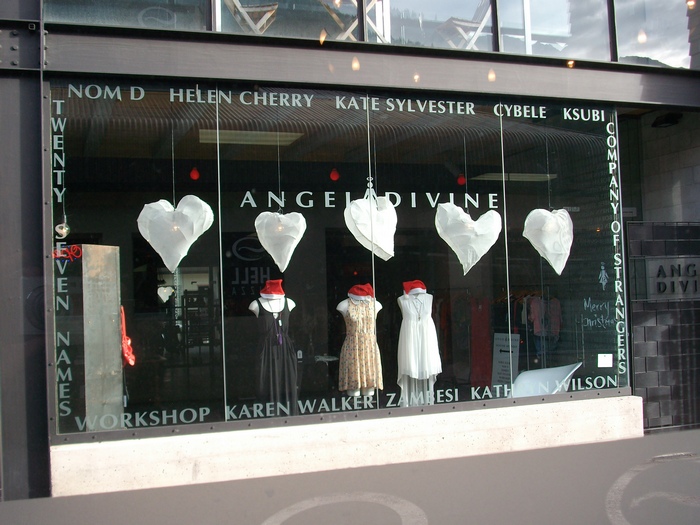 The moral of this story is…

If you wish to enjoy a drink on Christmas Day in New Zealand, plan ahead. I hold nothing against Queenstown, although a bit miffed at the otherwise great hostel. We could have been prepared for a beach drink. In the end, we just enjoyed the view. 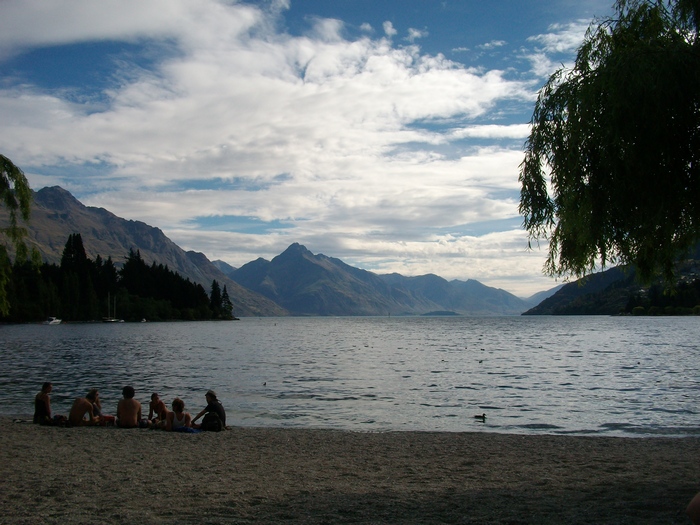 Queenstown from Above Fiordland Park : Forests, Mountains and Waterfalls