Sleep is such a natural part of life. However it occurred to me that the act of sleeping is part of culture as well. So sleep itself, the act of being unconscious and resting, I imagine, is pretty similar across the human expanse, but how they choose to do it does seem to vary. I have seen enough pictures of Japanese sleeping rooms to believe this, so I though I would look at my experience with Germans.

I had somehow not expected the differences in something like bedding to have been so great when moving here. Nor did I expect it to affect me so much. Here are some differences in the “bed” as I have seen here. 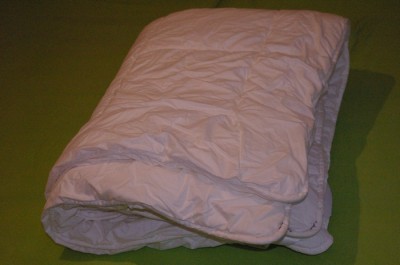 So once you have your foam mattress and lattenrost all set up, next come the bedlinens. Fitted sheets are easy enough. They are called Spannbetttüche and available is any color and several various fabrics. You match your bed size to the package and finished. Oh yeah bed sizes are in centimeters, no fancy un-exact descriptive words. King, Queen, Jack.. pff.

Flat sheets however are nearly nonexistent. Germans all sleep under comforters called Decke (literally just “cover”) with removable washable covers. These covers however are really easy to find. Again you match the size of your Decke to the package. I actually like the patterns at Ikea and these are far easier to carry than Lattenrost. The advantage again for couples is that each person usually has their own. They do make king sized ones, but they are not at all common. And there are different weights for summer and winter.

Decke are often encountered in German hotels and hostels. Yet in a hostel you have to put the cover on yourself. The trick is to have the cover inside out, reach down in and grab the corners from the inside. Match these corners to the corners of the Decke and grab them through the cover (sometimes the corners are cut out even), then push the cover down and flap about wildly until it floats gently down the Decke.

There are no box springs here. The non-mattress spring support is called a Lattenrost. This is a set of bent wooden slats that are bouncy all held in a frame that goes under the mattress. The lattenrost come in different “bouncy-ness”s as well. Some are even articulated to allow sitting up in bed. So this is an extra cost, but has some benefits. In our king bed, we each have a mattress and a lattenrost under us, so we disturb the other less.

We bought our bed from a fine woodmaker here in town(and had it delivered on a bike) and thought to save some money going to Ikea for Lattenrost. This wasn’t such a great idea. Yes, we saved some money, but had to carry them on buses and across town home. At 40pounds and 2 meters long the packages were not easy to manage. Even the bus drivers from Ikea told us we should not have them on her bus. She said we should have had a car of our own. A bit rude especially for the Ikea bus (yes it is called this) and in a city with such great public transport. 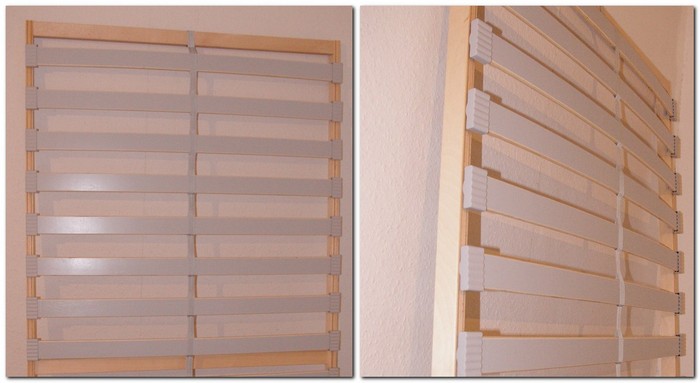 Where I grew up, a mattress had a set of springs inside the thing and a cushy top. They were about 20cm tall. Here foam mattresses (Schaum = Foam, Matratzen = Mattress) are the norm here. This took a bit of getting used to, as I associate foam with cheap. But really, these are the most common form of mattresses here and are not so bad. You certainly can get the spring ones (called Taschenfederkernmatratzen), but they are more expensive.

We went to buy mattresses at a store around the corner here. We went after my work, which meant so close to closing time that the saleswoman refused to explain the differences between the mattresses. Her reason, it would take hours of explanation for us to be properly informed. Apparently even to be a customer requires training in Germany. In the end we went elsewhere and just laid on a few to pick some.

In a last cultural observation of the Decke, it is traditionally accepted that they must be aired out. I associate this with the obsession of fresh air. It is common to see women flapping the Decke out of the window and letting them rest there. However normal this is, it still seems that laying it against a roof above a busy street would end up with it more dirty than it began. It seems equally odd to do this on a rainy cold winter day.

What kind of differences in bedding have you seen across your travels?

Seattle Pike’s Market Other Than Fish The Beautiful German Language