Seattle Pike’s Market Other Than Fish

As I mentioned in the post about some of the oddities of Seattle, Ali and I stopped in to the city on the way to TBEX. One of my must-see’s in Seattle was Pike’s Market. I didn’t know much about it, but I wanted to see it. I had first seen it on the intro to a  Real World season on MTV years ago. Yes, folks this is often how I pick what I want to see, a random snippet of TV.

The famous bit of the market is the fish stall. People buy fish and the workers shout and fling the fish from one to another for packaging. It was indeed fascinating to watch. Despite which, I loved walking through the rest of the market and all the cool little bits. So here is my look at Pike’s Market other than fish.

Other than the fish throwing, the Public Market sign is what I associate with the market the most. Here are two views of it, both front and back. I like the look from the back. 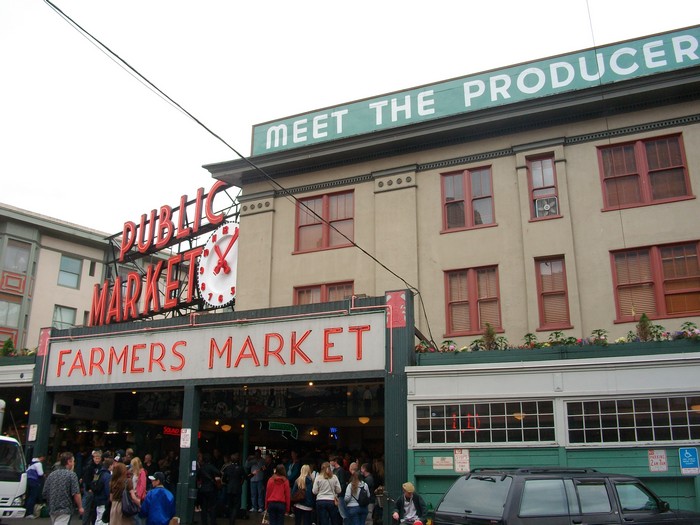 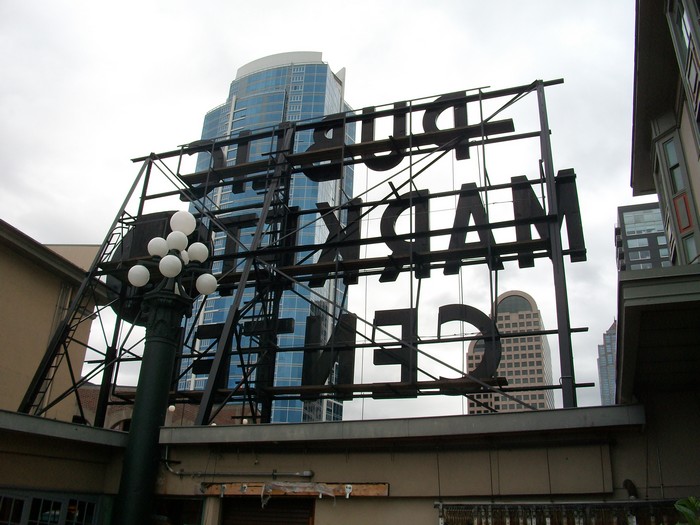 While the fish throwing is the most widely known aspect of the market, I enjoyed Piroshky Piroshky the most. According to the numerous newspaper cutouts posted on the walls, it is famous in its own right. The store is a tiny place. Ali and I took the only two stools up against a small bar with Juan standing. The main area is a large case of the pocket pastries with fillings ranging from sweet to savory to all kinds of things in between. A line of people was constant and extended out the door into the sidewalk of the market. The line was unending and yet never seemed to get longer. There were always people waiting and yet the ladies running the register and pastry case had the system down so the line never stopped. Order, pay, receive, eat.

Seattle is well known as the home town of Starbucks. The spot of the first shop is in the market area. I got it into my head as we were walking around that the number above the door was the date founded. I was very tired that morning and had a flight to “look forward” to. It took me a few minutes to realize that 1912 wouldn’t really make sense for a coffee store founding date. Oh well. We did go in, but it looks pretty much exactly like every other Starbucks I’ve ever been in. 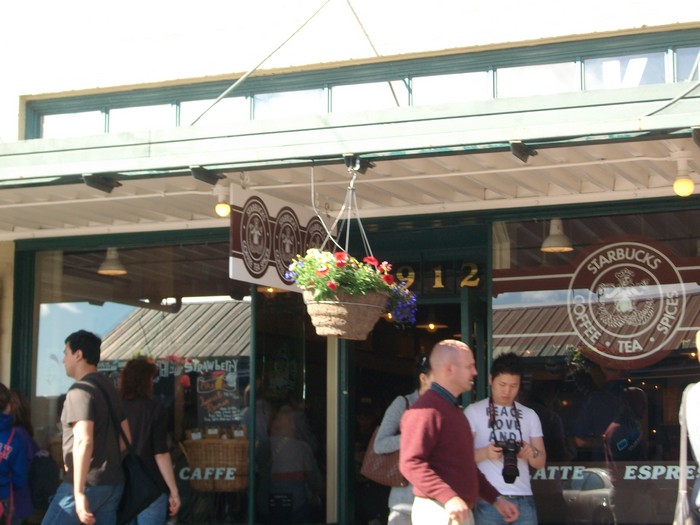 Fruit: It really is a market

And yes, it really is a market. The main hall with the fish definitely has a few restaurants and the roads around the area are full of interesting shops and small restaurants like Piroshky Piroshky, but there are still more traditional food market stalls. Vegetables, meat, cheese and smoked salmon are all represented. The restaurants were a mix of a lot of different things. They all seemed mostly touristy, but I liked this sign of the German Bierstube. However, I wanted a sandwich for the flight home and we ended up at a small grocery store with a deli in it. I miss delis in Germany. The idea of a sandwich stacked with meat on a slice of toast is pretty much nonexistent here. 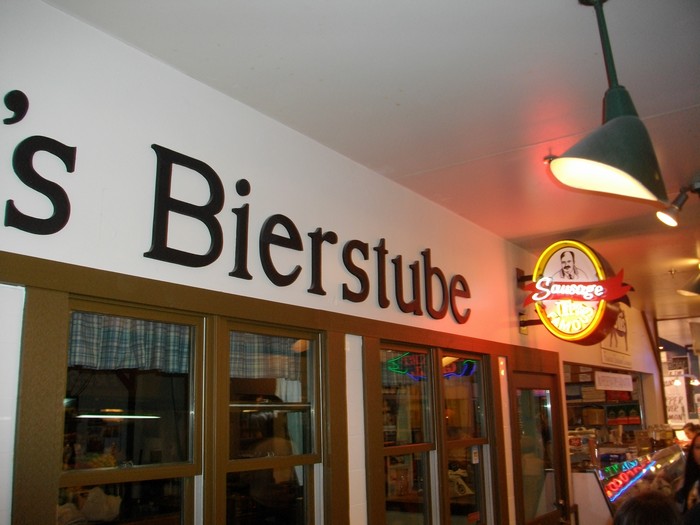 More Little Oddities on the Walk

As mentioned in the Seattle Oddities post, I love the quirky little things that make a place unique. The differences that speak to a personality of a place. The slightly off color things that don’t a mold perfectly. These are the views and ideas that make somewhere interesting and not just another unemotional place. Seattle has tons on its own and here are a few more that I found just in the market area itself.

Hot Spa in a Cold Town Sleeping with Germans