Cheese on a Stick and a Bit of Munich

I am always on the look out for odd things. I have a pretty wacky sense of humor that is central to my personality. The oddball things are the most interesting to me, so I am constantly taking pictures of signs and odd foods. So I was so happy when I found Cheese on a Stick in the Munich train station. In a country where every time I mention spray cheese, I get a laugh, this is ironic and hilarious.

I got sent to Munich a while back on a business trip. Two days and one night in Munich. I arrived quite late on a Sunday night and had no desire to find a restaurant. I had to wake up early, so I just hit the grocery store in the station to buy a few things. And then I found this there. 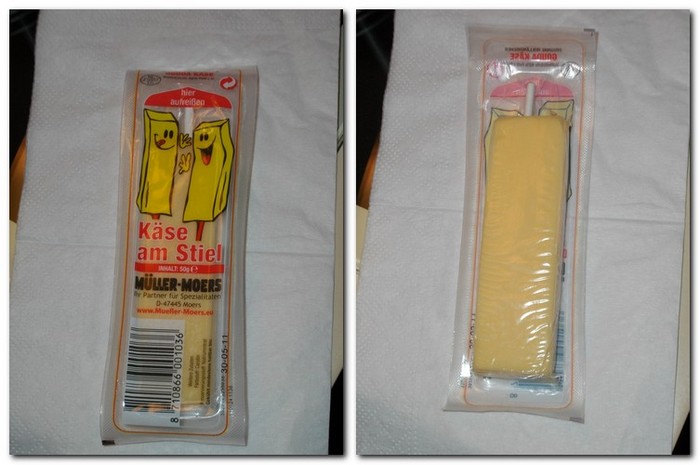 Cheese on a stick

Seriously, a piece of cheese with a stick in it. I totally had to buy it and photograph it.

Every time I talk about food oddities from the US like spray cheese, I get these horrified fascinated looks from most Germans. “Why would do do something like that to cheese?” I read in the wide eyes. So there is a sense of odd vindication to find something like this in their own country. To be fair, when I showed these pictures to a German friend, he couldn’t quite believe it. Spray cheese is not an everyday thing at home either. People know it is odd. A novelty.  The great part is that it really can’t be local to Munich. The postal code on the package is up in the Ruhr, north-western Germany. There must be other places with this.

The cheese was pretty decent standard gouda. The stick however was not much help. It was one of the lollipop sticks so not really stiff enough for the weight of the cheese. And seriously how hard and messy is cheese to eat? Do you really need a stick for it? It was still a pretty convenient size and package, but the stick is more gimmick than help in my opinion. 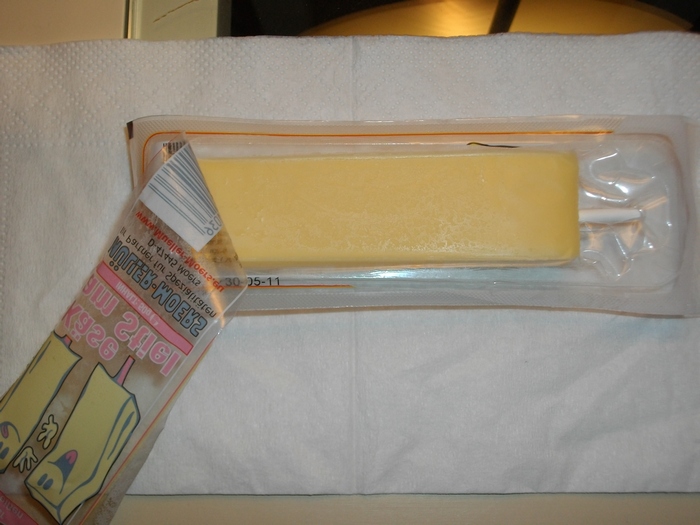 Mixture of old and new

So this started my trip off with a smile. After two days on the job I finished up with time enough to have a nice sunny walk on a warm day to the train station. Along the way I shot some picture examples of how well the Germans blend the old and the new. The modern and the traditional get mixed or are simply side by side. I love the contrasts this can show. 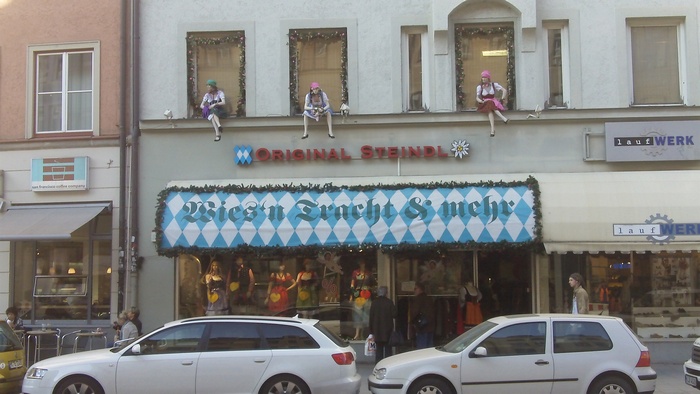 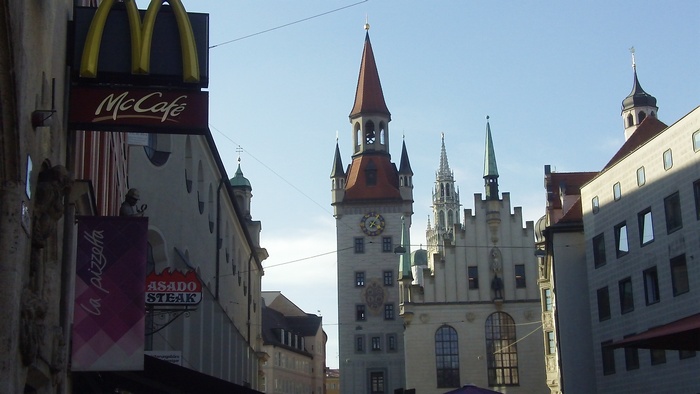 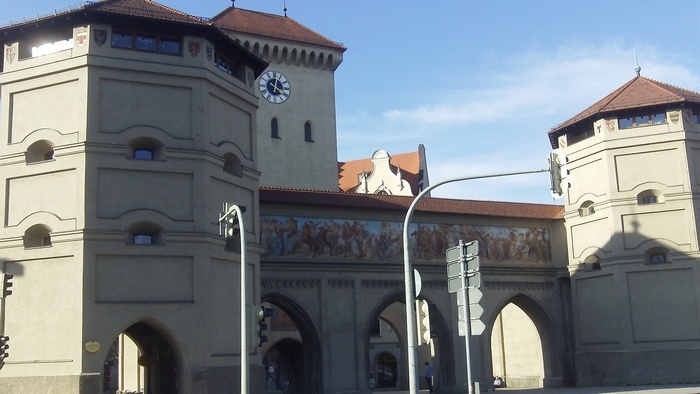 Traditional clothing becomes mainstream. Fast food shops sit in buildings near medieval gates and tower. And auto traffic passes where horses once did. Oh and of course, cheese can be made with a stick in it. Americans don’t seem so weird now do they?

Ok, of course we do, but still we aren’t totally alone in it. And for the record, even I have no clue why anyone needs spray cheese.

Post supported by: ParkBCP provides award winning airport parking Services.
Visit our site for the latest deals on your parking at Manchester Airport, parking at Heathrow and all other major UK airports.

Is it really Expats versus Locals? The Best Gifts are Memories