The days are getting shorter and it is certainly getting colder. Fall is upon us. As much as I miss the warmth of the summer, fall brings some interesting things as well. It is now new wine season. The local favorite pairing is Neuer Süßer und Zwiebelkuchen, New Sweet and Onion Cake. The freshly pressed unfiltered sweet wine goes well with the salty onion cake. 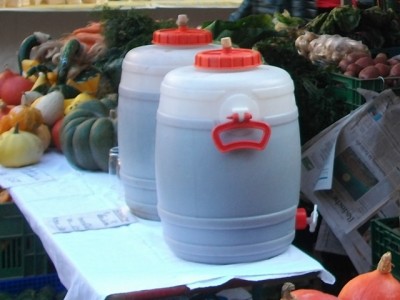 One of the most notable fall things for me is New Wine season. Certain types of wine can be drunk right after being made. Many stalls in the main market have their own new wine in plastic barrels as well as bottles. For about a Euro you can get a small sample glass. It is a great excuse to be drinking before 10am on a Saturday. Of course they have the wine in bottles and some places even small jugs for sale as well.

The wine is unfiltered and quite sweet. It tastes a lot like cloudy grape juice actually. This can be deceiving to its kick. This is still wine and has the alcohol to prove it, even if the sweetness covers that up. It does make for an enjoyable morning sipping away the night before if you happen to be so inclined. The wine comes in several different types, though white and several shades of red are represented in our market.

In German the word I see the most often is neuer Süßer, which translates as “new sweet”. I guess they assume you know it is wine. One of the signs of fall is when the neuer Süßer signs start popping up at the cafes and restaurants in town. I still think it is the best at the market though. It feels more like it is coming direct from the source, and there is something nice about the warmth from the alcohol on a cold fall morning in the shadow of the cathedral.

One of my fellow expat writers Frau Dietz, writes about autumn and Federweißer in her region, which seems pretty similar. 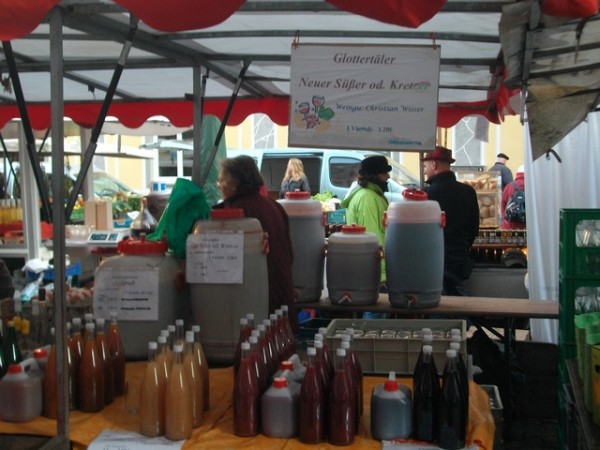 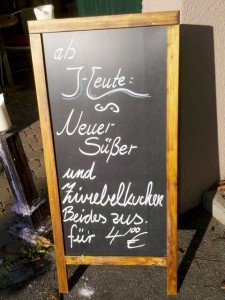 A second sign of fall locally is the appearance in Zwiebelkuchen in bakeries and restaurants. Onion cake, as it translates to, is a concoction of dough with creme, large amounts of onions and often bacon. So don’t be fooled by the name; onion cake, it is neither sweet nor is it vegetarian. Bacon and onions seem to go well together in the German culinary mind. Zwiebelkuchen is often made in square sheets and cut into slices, although I have seen round versions of it as well. The onion, bacon and creme on dough idea is quite similar to Alsatian Flammkuchen that is very common around here as well.

The market was full of raw onions as well. Some hung in strings like garlic, others in large piles. Not only is Zwiebelkuchen a fall thing, it is very often paired up with neuer Süßer.It must be that onion harvest is a similar time to new wine season. It is quite common to see signs for the pairing in restaurants. The corner pub here has a sign for a slice and a glass for 4 euros. 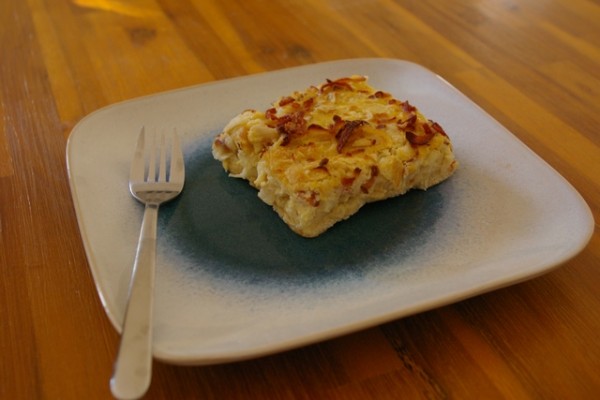 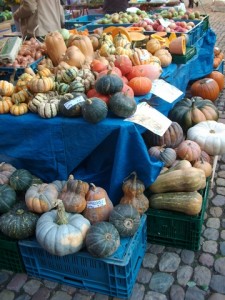 When things come into season, they show up everywhere. And when the season is over such pairings will disappear just as quickly to be replaced with the next season’s thing. New wine does not last very long. Apparently the higher sugar content does not lend itself to being stored like normal wine. It is a transitory enjoyment. Onion cake is only made this time of the year as well, so it too is a sometimes thing.

If wine in the morning is not your thing, the market stalls also had normal grape juice as well as freshly pressed apple juice in the same idea for sale. A big plastic barrel for selling sample glasses ringed by bottles to take home. The fall vegetables are showing themselves. Stacks of corn on the cob and artfully arranged pumpkins of several types abound.

As much as I regret the loss of the warm, Fall has its charms.

More fall pictures from Freiburg as well as a cloesup of Zwiebelkuchen can be found on the GroundedTraveler Facebook fan page. 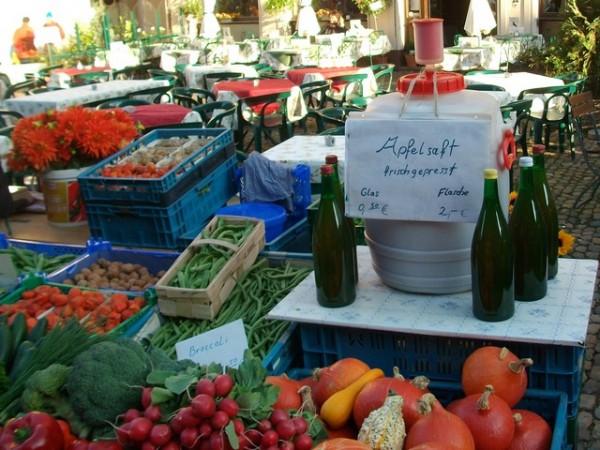