One of the great parts of living in Germany in the summer and fall are festivals. In this region, namely wine festivals. Ali and I heard about one from a friend and decided to do our date night there a few Saturdays ago. So here is a view of a typical German Winefest. 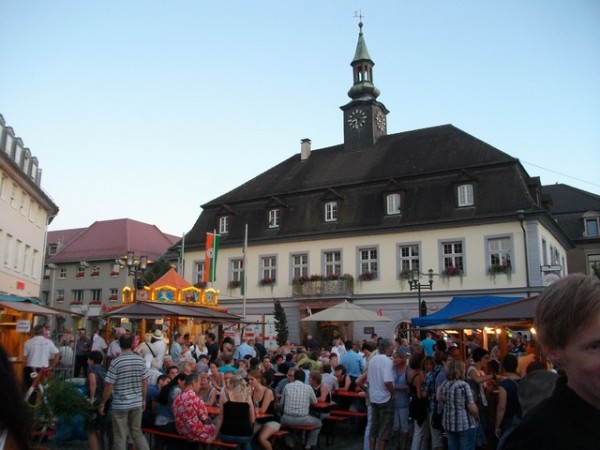 I’ve Never Been to.. Where the heck are we?

The backdrop to the festival is the town. This one was in Emmendingen only 10 minutes out from Freiburg on the train. This is a fairly compact(read small) village but with enough space for three stages each in a square and 20+ wine tents. In classic German fashion the transport is pretty good. The trains run every 30 minutes and extra buses were added just for the festival. The station was only 2 minutes walking from the first stage. 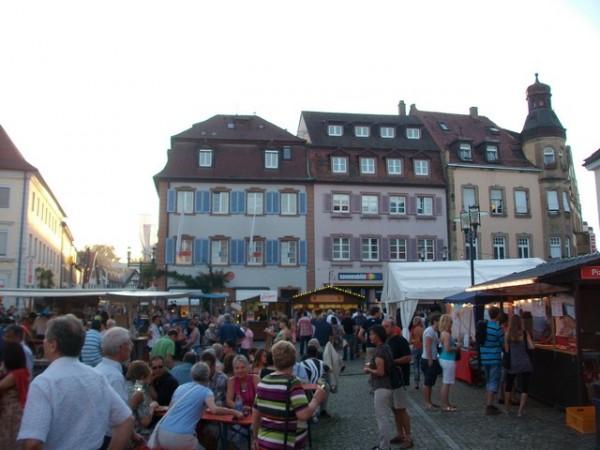 What is a festival (or indeed any party) in Germany without food. This however being Germany wurst was plentiful and in many shapes and flavors. Flammkuchen (a local type of pizza with cream sauce instead of tomato sauce) and whole roast chickens were also offered from stands along the way between squares. We got to town and were already hungry. We found a stall grilling sausages on open coals and got ourselves each one to have food before we started drinking. 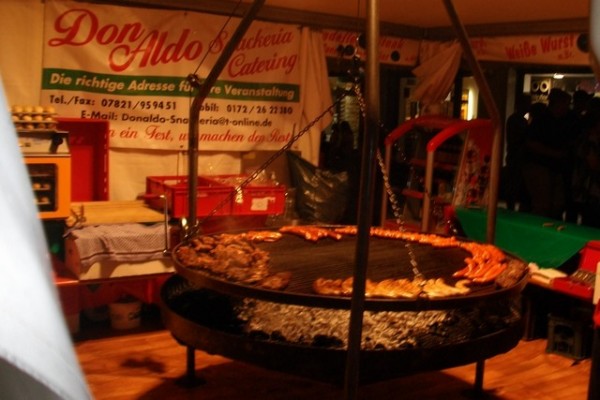 It is common to have specific stalls that travel about Germany setting up at festivals. These are the festival standards. No town really has enough local places to feed all those people so these other stalls just go from event to event. However especially in small towns, a festival is a chance for a local establishment to make some extra customers. Sometimes it is hard to distinguish the difference except that the storefront behind the stall is named the same. The two local places that stood out were asian. We ended up going back and getting chicken and noodles later in the evening. It was pretty good. The place was named for Saigon but in a small German village and housed in what looked like a building that was once a local tavern brewery, still with the sign on the outside. Some sort of historical preservation perhaps?

The point of the festival is of course the wine. A whole bunch of local wineries (this is German wine country you know) each had a stall. They were serving single glass portions of any of their wines. This was a great way to taste a bunch of wines without driving. It also was a fun night.

Each glass was 1/10 of a liter (about a third of a soda can) and 2 euros on average. We did see some as much as 3 and had one at 1.60. In classic German fashion, you pay a deposit for the glass and carry it around with you. Each stand has the same glasses and will take back glasses from any other stand so it makes perfect sense to wander around and listen to the music and be entertained. During the whole night we had 4 different wines with a few that we liked enough to double up on. All in all, it was cheaper than going to sit at a bar and drink wine. The stalls had the full bottles for sale as well. We saw a number of people just walking around with the bottle and a glass.

Other drinks were available too. Again being Germany both beer and coffee were in evidence. There was one stand that was doing cocktails. The crowds of young people around it was staggering. Non-alcoholic was available as well in a lot of the food stands. 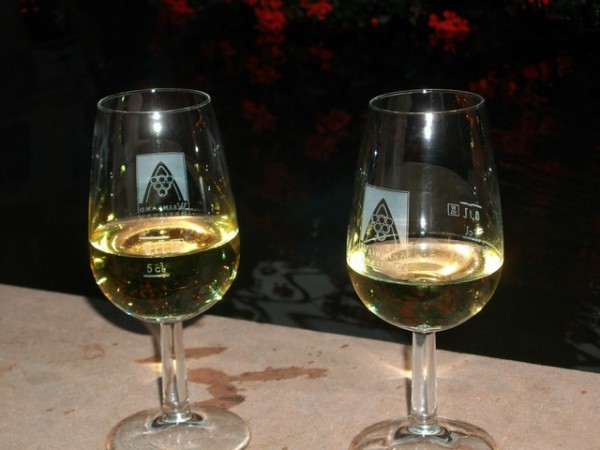 There were stages with bands playing in several different plazas around town. In the main square we stood and listened to a band playing acapella/acoustic mixes of rock songs. Ummm Nirvana does not sound right without electric guitar. It was however fun to listen to and do some people watching. 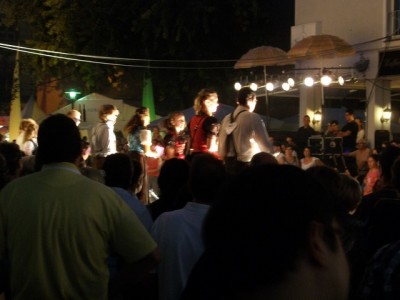 As with the food, often local businesses will sponsor events during the festival either music or other. We ended up catching the end of a fashion show that was hilarious. We rounded the corner into some classic eighties tunes belting out. Germany often seems stuck in the eighties music wise and both Ali and I enjoy this kind of music. The show however was even better. The piece we saw was of young people showing off local traditional German clothes. Shown off to 80’s music. With most of them wearing sunglasses at night. When they walked off stage, they were wearing Vans sneakers and had their collars turned up frat-boy style.  Maybe it was the wine, but Ali and I couldn’t stop laughing.

The summer in Germany is full of these type of festivals. Wine is a common theme, though sausage and of course beer can be found at any of the festivals. It is well worth your time if you happen to be anywhere near Germany to look up a local festival. This one was in our backyard and I would not have known about it without a tip, so they can definitely be off the beaten path. Despite this there were plenty of people and yet nearly no tourists, so it is a good way to get a piece of local culture and local food and drink.

This kind of thing can be family friendly as well. We certainly saw enough kids around and the festival was doing a family day as well, presumably with different entertainment options. 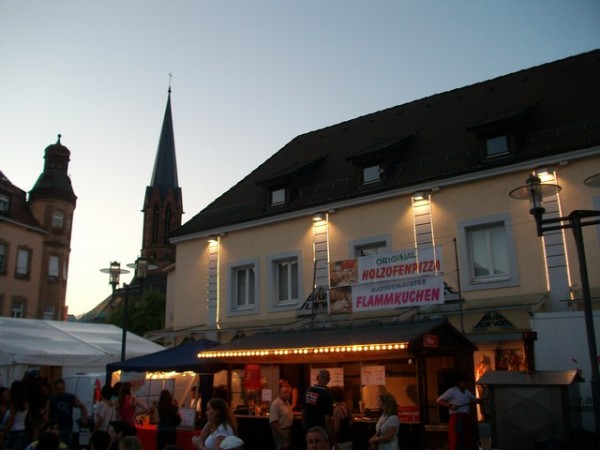