Expat Life: The Benefit of Languages

Language and culture are very closely linked. Knowing a language gives you such insights into that culture. Liv offers this piece about how she learned Turkish and the benefits of it.– Andrew 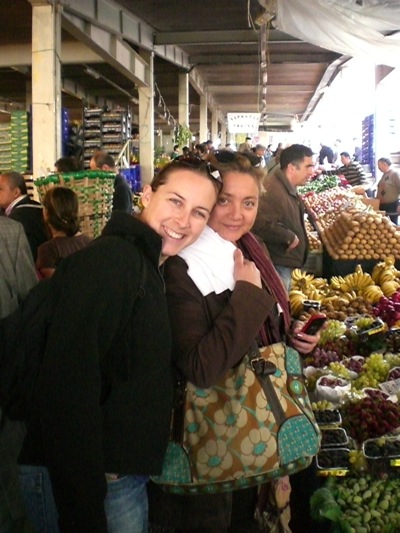 I first visited Turkey when I was 17 and a tourist. I quickly fell for the place. The beautiful beaches, the awesome scenery, the cultural differences that seemed bizarre and the people all had me captivated. I spent three months there the following summer and by the time I was 19 I was living there.

Back then there were only a few foreigners living there; most of them were long-term travellers. I slotted easily into this expat community. It was a great help to me in settling in fact, as I had no knowledge of Turkey except my previous visits as a tourist. I certainly didn’t have any knowledge of the Turkish language. Strangely, this never seemed to be an issue. Turkish people are so friendly and welcoming. Sure, a few conversations could have easily been mistaken for a game of charades, but it didn’t seem to matter.

But to live a meaningful expat life I feel it is important to step outside the convenience of the expat community and expose yourself to local norms. Fast forward a few years and I had become involved with and untangled myself from a relationship with a Turk. I had worked in several different jobs and towns. I had Turkish friends and somehow I had picked up the Turkish language. I am not fluent, but I know enough that my Turkish friends now warn their more outrageous friends ‘she speaks Turkish’ when they anticipate something offensive being said.

I say somehow, but in fact it required a significant and conscious effort. At some point, fairly early on, I grew frustrated at not being able to be part of conversations and being reliant on help from others in all sorts of situations. I am too independent a person to live like that. So, I decided I needed to learn this language, which was unlike anything I had ever encountered before. I bought a book and Hello, Hallo, Hola became Merhaba – cripes! That’s a bit different.

A book cannot teach you everything though. I learnt a few phrases from my book and began to practise them on my long-suffering Turkish friends. I read the Turkish writing on bottles of wine at dinner, asked what the town’s name meant (place names always mean something in Turkish) and quickly learnt how to ask ‘what does that mean?’ as people spoke. Not only did I learn a lot of Turkish this way, I also learnt how tolerant Turkish people are. There I was picking apart and butchering their language and all I got from my friends was proud, smiling encouragement. 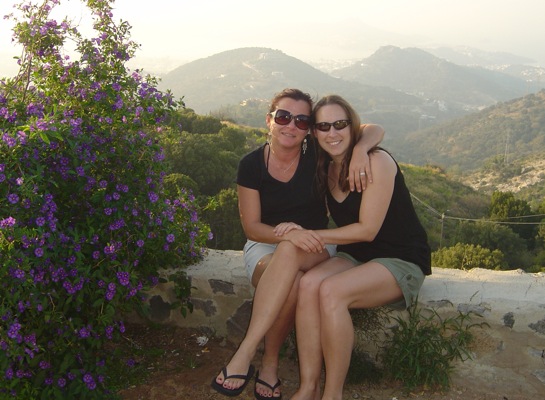 Turkish is nothing like English. It is also nothing like French, German or Spanish, all of which I have dabbled in over the years. My mother is a translator and speaks several languages but she still didn’t have a clue what my landlord was saying to her one day as she breakfasted on the balcony (Turned out he thought it was wonderful that my mother was visiting and wanted to offer her all the best fruit and vegetables from his garden.)

Being able to communicate with people helped me enormously as not only could I now participate comfortably in social gatherings and buy what I actually wanted in the market. I could organise, myself, the logistics of everyday life that are so simple in the system you know and yet so complicated in another system, nevermind language! I opened a bank account and arranged an internet connection for my flat. I even tried to talk my way out of an unjustly awarded speeding ticket. I failed to escape the ticket, but was still proud of my ability to contest it. 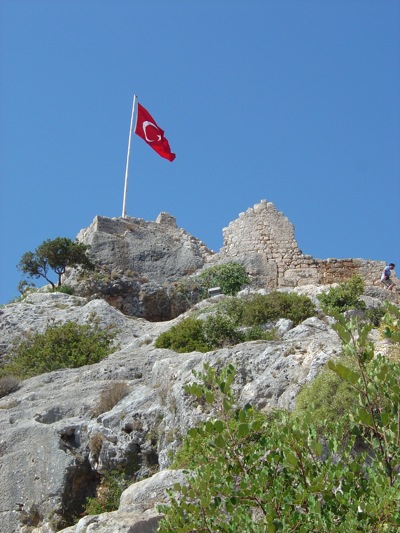 Improved communications lead to my understanding of Turkish culture taking off enormously. I could ask questions and understand the answers. This helped me feel connected to the place, and in turn, increasingly comfortable there. I learnt that part of the reason Turkish people are so friendly is because they are also really nosy. Turkish people are also not as sensitive as Brits and will quite happily tell you you look fatter than when they last saw you, which is about as charming as it sounds. I also learnt that the little boy wearing a crown and strapped to the back of a pickup truck is being shown off on his way to being circumcised. I understand that graves are not tended in the way they are in Europe and their apparent untidyness is not disrespectful. I understand why some women choose to cover their hair and why some do not. I don’t think I will ever understand the men I see driving along the road on their motorcycle with their wife, child and a goat strapped to the back though. That still terrifies me.

They say ignorance is fear and that knowledge is power. When I first visited Turkey I wasn’t fearful of the things I didn’t understand, but I was curious. As I understood more about the place I felt more confidently a part of it, like I belonged there and that was a magical feeling. Expats are often caught between feeling like a foreigner and feeling like a local. It is too easy to feel embarrassed about a lack of linguistic ability but you shouldn’t. The locals probably think you’re crazy anyway simply because you’re a foreigner, so why not dare to try and extend the hand of friendship? I want to encourage expats to make the effort to learn local languages and customs wherever they find themselves, as the rewards are endless.

I no longer live in Turkey but whenever I return I feel like I have come home.

About the Author Liv Gaunt – Liv has been exploring the world independently since she was 17. She became a diving instructor whilst still a teenager. She has lived and worked on islands, yachts and mountains, in villages and cities and worked her way around the world, earning her crust mostly as a diving instructor and shark photographer. She is always busy exploring and trying to understand new places. She is something a little bit different and her friends have nicknamed her ‘Sharkgirl’. Liv documents her travel experiences and many misadventures on her site: www.theworldswaiting.com
Twitter: www.twitter.com/worldswaiting
Facebook: www.facebook.com/theworldswaiting
Santa Margherita Ligure – Near not in Cinque Terre Fun with Translation: Animals Edition