Concentrate On The Present To Beat Fear

Fear is a future based emotion. It is a reaction based on what might happen, what would happen if, what could happen when, not what is currently happening. If you can concentrate on what is actually at this exact minute occurring, the fear can’t have a hold. I use this in a lot of my personal fear reduction techniques. I have a fear of flying. Up until last September I had not flown for 10 years. Then however I got onto a flight to Greece. Thinking about the present was how I did it. 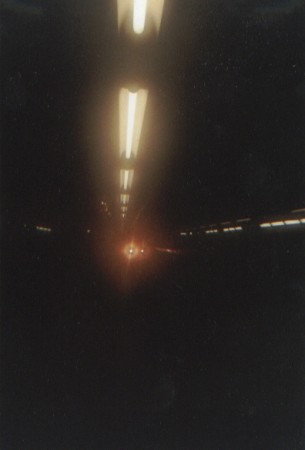 Most fears that I have revolve around an “if”.

The “if” represents a chain of events, but within a fear it becomes a certain one. Huh? some people could be thinking. An If implies consequences. If X, then Y. Within the fear the many many “if” constructs are powerful. There seems to be no power to change the outcome. A condition is linked to its consequence without any mental chance to escape the consequence. What does this have to do with present versus future? An “if” construct taken as a rule for life means that to avoid the negative consequence (freaking out, losing job, being thought foolish) the conditional must be avoided. So to avoid freaking out on a plane, I avoid flying. I work too much to avoid having a project fail. I keep quiet to keep from being thought of a fool. This is all crazy as it forces the fear circle to be closed. To see the consequences as unchangeable means that the statements cannot be easily disproven.

The next iteration is the dreaded “what if” fear. “What if I miss my connecting flight?” “What if I actually freak out?” This adds to the “if” fear with a wide open uncertainty. Having one tragic consequence to an action that I want to avoid is often enough to cause me to avoid it. The “what if” doesn’t limit the consequences. There is then the wide imagination of negative (and usually undervalued positive) consequences. This can be overwhelming in addition to being frightening.

Seeing What is Actually Occurring

Looking just at the present is a powerful tool against the “if” fear. Usually the “if”s are very specific but the consequences so dire that the cycle of worry makes everything worse ahead of time. Looking at only the present will reduce this worry. Back to my flight example, I remember being frightened about being in the plane, but long before I even got there. I worried about my seat neighbors or the noise of the jets or all kinds of things, all before I even left the terminal. By concentrating on the idea that none of these conditions were even true at the time, I was able to cut a lot of my worry. Standing on the gangway waiting in the line to get into the plane, the fears started shouting again. The palms started to sweat and heart started to pound. Then I had to remind myself that I was still not in the plane. This extended through the entire flight. Worry about turbulence could be reduced when the plane wasn’t actually bouncing. Worry about crashing was easy to push away, because (obviously) we did not nor ever were in the act of crashing. So worry about it was fruitless.

My dad had an old war movie that we used to watch together. It was set in a submarine and at one point they were under attack. The barber had a great little story to explain why he was not worried. It goes something like this.” There are two options, either the depth charges fall near us or not. If not, then there is nothing to worry. If near, then there are two options. Either it causes damage or not. If not, then there is nothing to worry about. If they do cause damage, there are still two options..” this went on a through several more iterations until “There are two options. Either we survive, then there is nothing to worry about. Or we die, but at that point you are dead, so what is there to worry about?” It doesn’t really help the emotional fears, but by showing that the number of thing that had to go wrong for the worst case was pretty large. And then at the end he even discounts the worst case as not something to worry about. I still remember that story after many years. By looking at what actually occurred at each layer, he breaks the worry into little chunks that are more easily able to be dealt with. 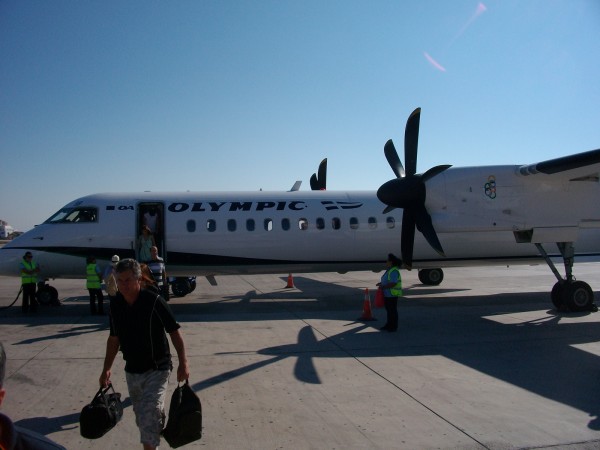 Rewriting the Rules and Dispelling the “if”

Ok, so this all reduces worry. Fine, how does that help the fear itself?  Fear cloaks itself in worry because it knows that it is fragile. Cut through all the worry and emotional shielding around a fear and it is often a simple decision. Or you see that inside of the mass of whirling worry, there is a fear that isn’t something you can even control like in the story of the submarine. When the fears are made into simple “if”s, then the way to break them is to prove them false. As mentioned an “if” construct inside a fear does not leave room for it to be wrong. So to break the fear I must simply prove the “if” to be false. To speak up and realize that others appreciate my opinion. To take now 3 flights and not freak out despite turbulence. To have projects fail, especially due to no fault of my own, and still keep my job.

The present awareness comes back here. Once you make the decision and test the “if”, the awareness of the present needs to confirm that the “if” was indeed wrong. There needs to be enough awareness in the moment to attach positive consequences and displace the negative ones. This is sometimes where I get issues dealing with my fears. I have faced them sometimes quite often, but with so much emotional armor that I don’t even see the positive things. Essentially I don’t notice that the wall doesn’t exist and keep bashing at all. This is where my battle lies currently. To recognize a defeated fear, register it and celebrate.

Be present, see reality and use it to break fears.

Taking Advantage of the Crossroads The Siren Song of Home Leave