It seems that Germanic society has an obsession with fresh air. This in general isn’t such a bad thing. I grew up in a place where opening the windows meant either car fumes or air conditioner machine noise or simply tons of bugs. So it is nice to be able to air out the house in the summer. However it doesn’t end there, the windows are opened even in the winter. 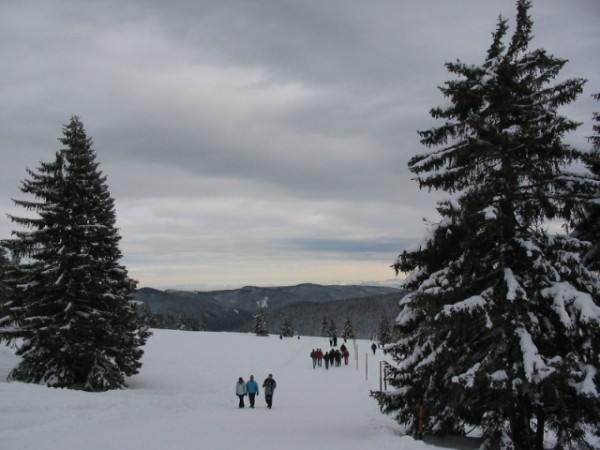 A bit frosty for a walk

If I take my own apartment as an example, German buildings are vastly different from the ones that I grew up with in the US. First off the walls are a foot thick and made of block or concrete not 5 inches of wood frame stuffed with fiberglass. I haven’t seen my walls open, but I know from peeking at construction sites that they are solid, meaning no drafts through the walls. The mortared block acts as great insulation and keeps the air from outside from seeping in. My windows as well are well sealed. When they are closed, I couldn’t feel even a chill through them during the coldest night we had in December. All of this means that the inside air of buildings can certainly become stale.

Heaters here are radiant not hot air. I have radiators that fill with centrally heated water to warm the room. This is the only kind of heater that I have seen in Germany. No forced air or heater vents in the floor, like our cat used to sit near when I was a kid to suck up the warmth from the air being blown out. Forced air means both more air circulation and air filters. Again two things that I have not seen here and mean air gets “used” and stale faster.

Open Windows in the Winter?

Ok, I get that building construction methods reduce drafts and a lack of air filters means that the air in a building doesn’t exchange so often. Yes, I understand that this is not really the healthiest thing to breath stale air. But really does this mean that every few hours we need to open ALL the windows for 10 minutes? Seriously? It is mid-February and 40 degrees F outside and the wind is blowing. Still every day at work someone opens several of our large windows in the open plan office that I work in.

In the US, the office buildings that I worked in all had sealed windows. The entire building was closed and kept climate controlled. You couldn’t open the windows even if you wanted to. But I imagine that if anyone had tried to open windows in the winter there, they would have been quite clearly yelled at. I can even hear the stereotypical mother voice from some TV series saying “Sheesh, close the window, we are not paying to heat the neighborhood”. Here though one or two people may squirm and reach to put on their jacket, but the need for having windows open even in the winter is somehow accepted.

A Cultural Obsession for Fresh Air 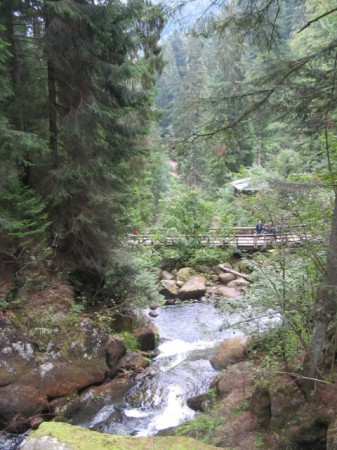 A nice day in the forest

“Germans need fresh air. Americans need air fresheners,” was the wonderfully pithy response from a colleague when I mentioned the open windows in the dead of winter. It does seem true at a culture wide level though.

A friend came to visit last winter. We spent a while in Freiburg going back and forth in town and talking English to each other. This drew a number people to talk to us. Two of which in the span of several days bemoaned the bad air quality of Freiburg. They mention how the valley holds the bad air and there is too much smoke. They both would rather live elsewhere, one out on the flat where the wind blows and one up in the hills out of the valley. They talk as if the air is so thick that you can’t see through it. From my perspective this is some of the cleanest air I have ever been in. Freiburg has very little industry, has trees all over the place and is next to the forest. So few people use cars here compared to the city that I remember driving 45 minutes with thousands of my closest friends to work every morning. I can’t imagine a city full of people having better air. The valley by the way always has wind going through it, so I have no clue what that one lady was talking about. But all of this makes me think about the cultural interest in clean air.

I remember reading somewhere that the German obsession with separating trash, recycling and organics didn’t arise until it was made clear that industry and trash were killing the forests. The German obsession with fresh air may be related to their kinship with the trees. Living where I do on the edge of the forest, every Sunday there are trains (clean electric ones) full of people heading up into the forested hills to hike and take in the air. Freiburg is well loved for this reason among others.

I do notice that my house does need to get aired out every so often even in the winter, but I open the bathroom window where the gusts don’t get to me. In the summer, I leave most of the windows open all the time. There are very few bugs and without air conditioning when it gets hot, there isn’t another choice. So at that level I do have a different relationship with fresh air here due to the buildings and climate. Though I do wonder if it is a part of the cultural inheritance, a good expat friend of mine who has been here 18 years tells me that she opens a window in the dead of winter for fresh air despite a family that complains. So maybe we as expats do start to absorb the cultural habits of our hosts. Even still I think it is crazy and am looking forward to a warm spring where the wind in the office will be pleasant, because there is no way to stop the windows from being opened.