Traveling vs. Living as an Expat

Jessica, BootsnAll’s Italy expert, wrote this thoughtful guest post about the difference between traveling in a place and living there. She uses Italy as an example, but I have encountered the question “Why do you want to live here?” from Germans as well. Read on and enjoy. – Andrew

“My plan is to move to Italy,” I tell my new Italian friend over coffee in Milan. He looks back at me blankly and for a moment I wonder if I’ve used the wrong verb tens, e or accidentally said something about his mother. It’s not until he replies that the blank look becomes clear and I get a strong sense of déjà vu.

I’ve lost track of the number of times I’ve had this conversation with an Italian. I can’t say that I blame them, either, for their inability to understand why I want to live in their country – especially when they’ve seen so many expat wannabes like myself come and go, not to mention all the Italians who are trying to get out. 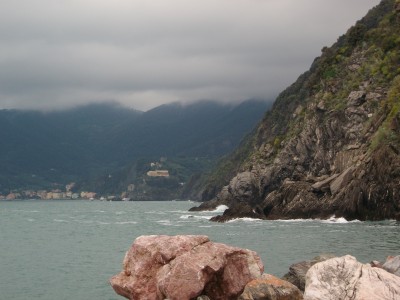 This distinction between traveling in Italy and living in Italy is made every time I have this conversation, and it is, I think, critical to consider when contemplating becoming an expat. Fundamentally, however, it’s even more basic than that – it’s entirely about expectations.

We don’t think about the difference between traveling somewhere vs. living there when we’re on vacation, and there’s a good reason for that. We are on vacation – we are actively trying to not think. Americans especially work so hard to have fun during our two-weeks-if-we’re-lucky that we don’t have time for thinking. We’re far too busy ticking off all the sights on our must-see lists or gorging ourselves on all of those fantastic foods we’ve been told typify the region.

In the midst of all of this list-checking, however, there’s almost always a moment when the traveler pauses – perhaps it’s a sunset that’s caught the eye, or a morning stroll to the corner for coffee and a pastry that just feels right – and says, “Y’know, I think I could live here.”

For most people, this moment is fleeting. It’s usually gone by the time the sun has actually set or the coffee’s been ordered. But for some, the moment lingers – and that’s dangerous. For some, the “I could live here” idea becomes a gnat hovering by the ear at odd hours. It prompts the purchase of books with titles like “How to Be an Expat” that lie on the nightstand and barely get thumbed through. It spurs the rental of movies about strangers in strange lands (but only the ones that don’t end in tears). Naturally, as more time stretches between you and that first “I could live here” moment, the memories of the place you fell in love with get the same gauzy camera treatment Barbara Walters always gets, making them appear more perfect than they were and smudging out all the harsh edges.

By this point, of course, we’re back home in our non-vacation world – going to work, doing the shopping, paying the bills, cleaning the toilet, shoveling the driveway, picking up after the dog, mopping the floor… You get the idea. Anything, it stands to reason, seems more interesting than this. 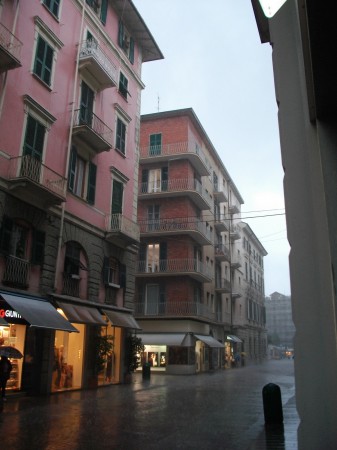 What that gauzy treatment doesn’t let us see, however, is that living in another country is absolutely nothing like vacationing there. It’s obvious if we stop to think about it, but for some reason it shocks some people who make the jump to expat-hood. It may be astounding, but even if you move to the place where you had such a lovely time on holiday you will still be going to work, doing the shopping, paying the bills, cleaning the toilet, shoveling the driveway, picking up after the dog, mopping the floor, etc. – you’ll just be doing it in a different place. What’s more, you’ll probably be doing it in another language, in a system that’s inexplicable to the locals (let alone the foreigners), surrounded by people who have completely different cultural reference points.

We haven’t even started talking about the potential difficulties of finding work or the legal and tax issues around being an expat, either.

I’m sure by this point I sound like I’m either making a huge mistake by trying to move to another country or I’m trying to keep anyone else from following in my footsteps. There’s no way to know yet whether the former is true, but the latter definitely is not. I honestly believe that living in another country for a little while – whether it’s a few months or a few years – is something everyone with the means to do so should consider. There’s no better way, after all, to examine and understand your own culture than to live outside of it. My goal, then, isn’t to discourage you from wanting an expat experience – it’s to make sure your expectations are realistic.

Setting expectations properly is key to success in anything, and this is no exception. In fact, if you don’t have your expectations set properly for a vacation in the first place, you’ll never get as far as wanting to live there because you’ll have a dreadful time and (likely) blame the destination. I see this constantly when people plan trips to Italy – they schedule a day trip to Venice and then come home grumbling about how long it took to get there, the long lines to get into the main attractions, the confusing directional signs, not having enough time to see everything, and the high prices for food and trinkets. Venice isn’t easy to love, I’ll grant you that, but with a little preparation and knowledge of what to expect, you can mitigate many potential grumble-worthy moments.

The same is true for setting expectations when becoming an expat. Expecting life in a foreign country to be the same as life in your home country is ludicrous – we would never say that’s what we’re doing – but many of the complaints that expats make come down to “we do it differently back home,” where “differently” inherently implies “better.” 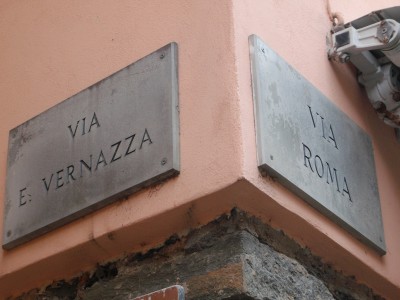 This is not to say that some countries aren’t in dire need of reorganization, and in some cases a thorough house-cleaning (I’m lookin’ at you, Italy), but there’s an enormous difference between thinking a country’s system is screwy and expecting it to be more organized. It’s akin to the cries of a child whose brother is picking on her. “He shouldn’t do that!” might be a valid opinion for her to have, but she can no more control his actions than I can control the Italian government. In the end, the things we can control are the things that give us power, and in this case what we can control are our expectations.

My Italian friends mean well when they try to discourage me from moving to their country, and until I actually make the move there’s no way to know how I’ll fare. In truth, I’m not even sure they’re thinking about how vastly different traveling in a country and living in that country are when they make the distinction in that conversation I keep having, but somehow they’re keenly aware that having a dream of being an expat and actually being one are worlds apart.

About the Author: Jessica Spiegel is the Italophile at BootsnAll, the independent travel resource, and she writes BootsnAll’s Italy travel guide, WhyGo Italy. She’s just as content dishing out tips on train travel in Italy as she is discussing her favorite Italian gelato flavors, although she’s more likely to salivate over the latter topic. You can find her on WhyGo Italy’s Facebook page and as @italylogue on Twitter.
Peanut Butter and Jelly – A Cultural Marker Portovenere – Near but not in Cinque Terre