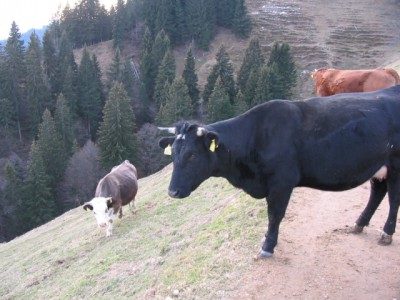 Years ago when I was a student in Freiburg, I was invited to do a group trip with a church group to the Bernese Oberland. This is pretty deep in the alps. Not quite yet where they turn jagged, rocky and snow-capped, but almost. Since exploring the outdoors is one of the most popular things to do in Switzerland, a hike sounded like a good activity. These are some pictures from the hike.

Not a whole lot of commentary needed. We stayed the weekend in a farmhouse in a “town” called Hasli. Hasli is a common name for Switzerland and means little rabbit. It was a scattering of farmhouses on a field. If I remember things correctly, it was maybe an hour and a half out from Basel. Not too far, but enough to get away. It was late November/early December and cool, but not frosty. 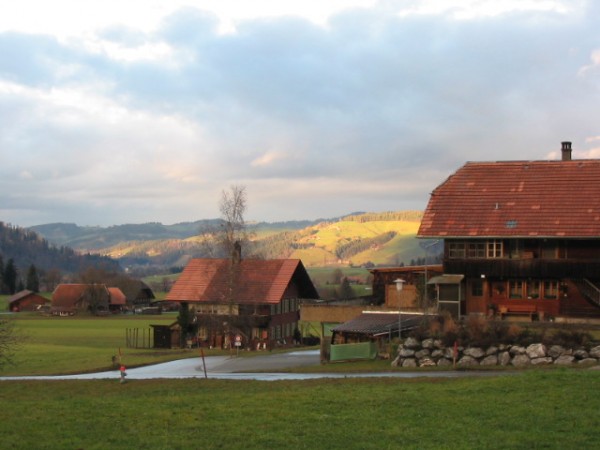 During the weekend we took a hike up to the tallest of the nearby mountains. The rest of the pictures are from that hike. The section of the alps we were in was mostly forested. Though it had snowed a few days earlier, there was not much left. 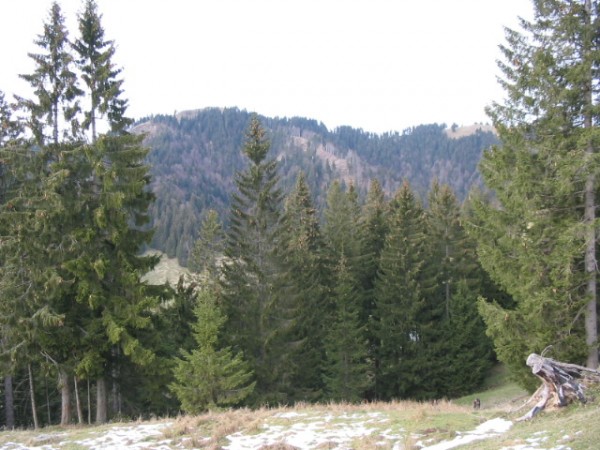 The view from the top looks up into the high alps with the classic sharp jagged alpine peaks. Though hard to see in the pictures, the three well known peaks of Eiger, Mönch and Jungfraujoch are in that range. 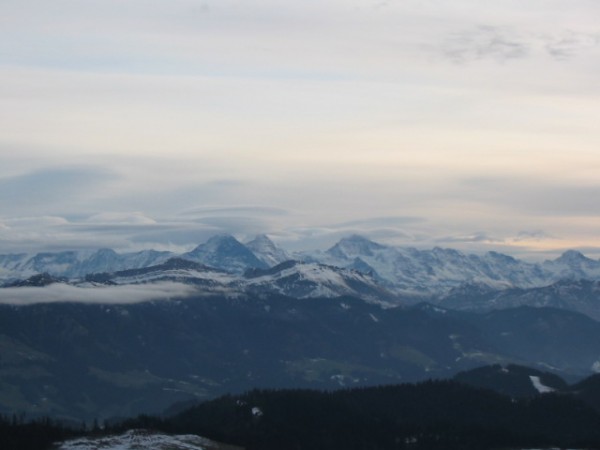 And my favorite picture was this “Poster Cow”. 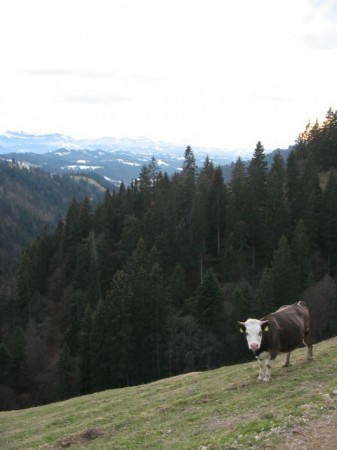