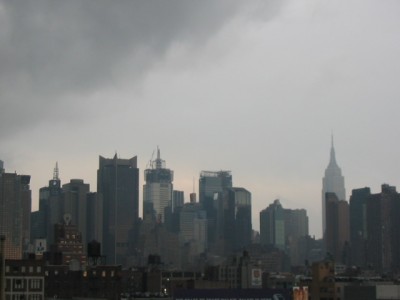 On Monday I wrote about the idea of assuming expats will return to their home country. A great question came up in the comments of the meaning of expat versus immigrant. So I thought I would look at the definitions.

I just picked http://oxforddictionaries.com as my online dictionary of choice. No reason other than I figure the British wording would sound cooler. The definitions are paraphrased from that source.

Expat (n): from expatriate; a person who lives outside their native country.

from medieval Latin expatriat- ‘gone out from one’s country’, from the verb expatriare, from ex- ‘out’ + patria ‘native country’

I guess there could be a discussion as to what native pertains to; but that is a perhaps a different post.  The Latin implies simply that someone is outside of their native country. The modern meaning however brings in “lives”, which could be a reason to mark travelers as not expats. Though the eternal nomad could be in that definition.

Immigrant (n): a person who comes to live permanently in a foreign country.

The Latin derivation comes through emigrate as the other point of view. Of someone who is leaving as opposed to immigrant, someone who is coming in from elsewhere.

from Latin emigrat- ’emigrated’, from the verb emigrare, from e- (variant of ex-) ‘out of’ + migrare ‘migrate’

So the word immigrant implies more of a permanence to the move. The word migrate, though used as transitory for bird, is far more permanent when describing people.

So really, given those definitions if I do intend really to stay, then I should term myself an immigrant. Or at least an emigrant if I decide to not move back to the US. The problem here is connotations. As much as I dislike the idea that I am affected by media and I don’t really believe what the TV says, the word immigrant does indeed have bad connotations in my head from being around the news in the US. Even the INS (Immigration and Naturalization Service) isn’t really the nicest sounding of agencies; through what they are in the media for, namely tossing out illegal immigrants. The Germans call it the Bureau of Foreigners. Which will still strike fear/annoyance into any number of expats hearts at it’s mention.

I still think I will use the word Expat for myself. I like the sound and taste of it. I like how saying “I am an Expat” makes me feel. Anyway, all of the cool kids are doing it.

What word would you use?

by the way, Happy Thanksgiving to Americans (immigrants and emigrants and natives and expats)

Do we assume Expats have to go home? Phototour – Bernese Oberland