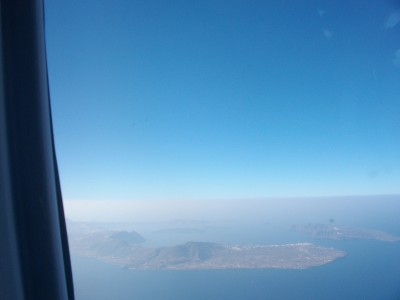 So as many know, I spent the past two weeks in Greece on vacation. As also mentioned many times, this trip was a big milestone as it was my first airplane flight in nearly 10 years.

I faced some big fears and some small fears and learned a fair amount on this trip. Certainly the biggest fear was the fear of actually getting there. I made it though with help from a lot of different people and sources.

As usual the worst part of the flight was the wait leading up to it. Even days before I left for the airport, I was getting wonderful support from friends (both in my daily life and from twitter) and colleagues and my girl. All of this made the days leading up to the flight more bearable. I also did a fair amount of prayer. Just calm prayer and meditation that I would be taken care of and this would be a great liberation for me.

Facing the Fear of Flight

I was worried about delayed trains and freakouts and long lines in the airport, so I got to the airport several hours before I needed to. Which meant I walked around a lot before getting to board. This wandering time is just not healthy. Some time is fine, to pysche up and work on the fears without pushing too hard and freaking out. Too much time just lets the mind wander in circles too much.

The absolute worst part was problems with my phone. I had arranged to call my girlfriend before the flight for a last minute talk and to have her voice in my head. I waited a bit to call so that I could hang up and just get onto the plane. So then I tried calling and couldn’t get a connection. I started freaking out not just that I wanted to talk to her, but that she would worry not hearing from me. Text messages worked barely, but not voice. People around me were talking on their phones, so it wasn’t the connection, just my phone. Panic began to rise when I reset my phone and it worked. Even just the few minutes talking to her was worth it and after the phone panic a nice relief.

After hanging up we still had 15 minutes before boarding, so I sat next to the guy playing his fiddle in the waiting area. I love fiddle music and it was so relaxing both to hear the music and talk to the guy. He wasn’t on my flight, but the last wave with bow in hand as I disappeared down the gangway was also helpful.

The idea that really helped me is that fear is a future based emotion. You are never afraid of what is happening in the present, just what could happen in the future. And we build up the future so much it causes worse fear. By keeping my thoughts very concretely in the present, I was able to stave off the worst of the fear.

By talking and concentrating on my seatmates I didn’t even notice much of the flight. So yes, I also had a valium tab to help. I swear I didn’t feel any different, but I think I will still fly with them for a while. 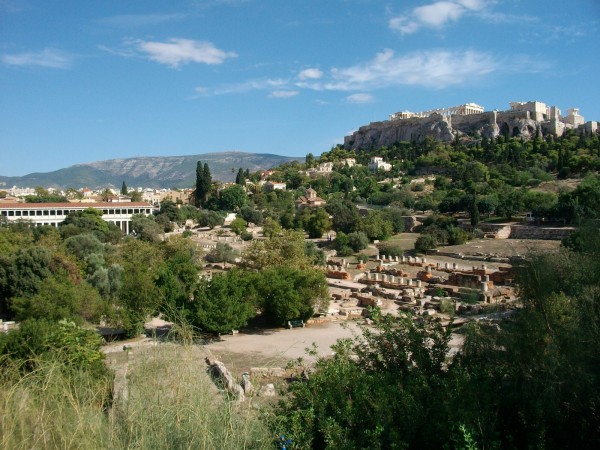 “Skepsis” I was told is the greek word for “to think”. It makes me wonder how it developed into skeptical in english. To overthink and not believe something I imagine. The emotion of irrational fear (and probably some rational ones) seems linked heavily to the thinking process. Being frightened of something in an instant takes no thought, but to cower and avoid something takes higher thought that sometimes runs amok.

Maybe over-thinking (becoming skeptical as it were) is a root of fear. To contemplate the future and not understand the present brings anticipation of pain.

I’m done with Phobos for a while.

So I was able to conquer my fear of flight. Enough to almost wish I had a flight home after 3 travel days to get home. I feel that I have seen what I went to see, and have no need to go back to mainland Greece. The Islands however are really cool. So no more visiting Phobos again, unless it is a drink that comes with a tiny umbrella.

5 thoughts on “Flying to Meet Phobos”