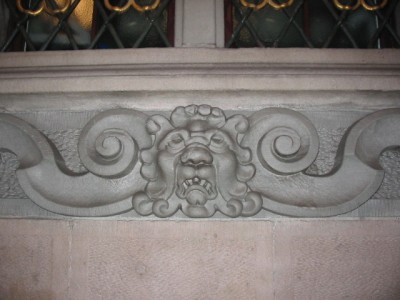 So you have decided to spend an extended time in Germany? I commend you. One of the things that you will probably want to have is a “Handy”, which is German for cellphone (or mobile phone if you are British). This is the prime way to contact your new friends and call ahead to make hotel reservations.

Even if you bring your phone with you, you will still want to get a SIM card to avoid large roaming charges. The German mobile system is quite unlike the one I remember in the U.S. when I left. Here is a short guide to help pick a plan.

This isn’t a review of any specific carrier and I don’t recommend any one over any other. This is just a few things would have saved me time in my own research.

There are a number of mobile carriers in Germany. Every street corner has several shops full of phones and shiny advertisements. Each network is represented by dozens of stores even in a mid-sized city.  Take a walk through and pick up the brochures for several different carriers. Don’t let them sell you anything yet, just grab the flyers.  If they won’t give you a flyer try the next store down.

It is quite typical for a mobile carrier to offer different rates when calling different other carriers. So even if you see something like “free calls”, check which network that is to almost always just their own network. If you have a bunch of friends already in that network, then it might be good for you. These numbers can vary widely from carrier to carrier and from one carrier calling to another. There should also be a number set for “dt.Festnetz” or the Deutsche Festnetz. These are landlines in Germany.

Unlike what I remember of the US system, only the person calling pays anything. If someone calls you, there is usually no charge. This is why I think the per-minute charges are a lot higher than I was used to.

Check text message prices. SMS/texting is very very common here. I tend to use this way more than calling. Also check what the prices are if you are outside of Germany. There are EU limits on what they can charge you now, but it is good to know, especially if you are traveling about. In this vein, ask what calls to other countries cost as well.

If you have your own phone, make sure it works on the EU networks. Also if you have a smart-phone with internet capabilities that you intend on using, ask about the price per KB and what data-plans there are on offer. I don’t have one, so I know very little about this.

Pre-paid plans are very common here. I use as evidence the ease to which you can load up your phone. There are machines like cigarette machines scattered around town. You can buy cards in varying amounts at grocery stores, gas stations and drugs stores, just look for the logo matching your carrier. You can buy credit straight from the carrier stores, but I find this too much trouble given all the other outlets. Depending on what you get, you either have an actual card with a scratch off section or a number on your receipt. Check before you throw anything away. There are instructions on how to load your card into your phone. I have always seen it as a special number you dial into your phone, which either is really long and encodes the credit in the dialed number or asks you input the number later. Ask friendly passersby or even wander into one of the carrier stores for help.

If you happen to have a bank account here, ask if you can load your phone direct from the ATMs. My bank lets me do this and it is great.

I know that there are monthly plans, but to be honest I have never used one. I send mostly text messages and would waste any voice minutes I paid for. The contract lengths can be upwards of 2 years, so be real sure before you dive into one of the plans.

The emergency number is 112.

German numbers have a Vorwahl of 3 digits followed by any number of other digits. I have seen as few as 5 and as many as 9. The numbers are not fixed length like the US, so make sure you write them all down. Or better yet have your friend send you a text message and grab the number from that.

When purchasing a SIM card they will ask for some form of ID. This is required by law as far as I know. They will also ask for an address. I have had luck with putting down hotel addresses, but if you are worried ask.

When using your phone to call service numbers be aware of extra costs. The toll-free customer service line is very rare here. It is often 14 cents a minute extra from a landline and potentially more from your phone.

Vertrag – contract, make sure you know what you are getting when you sign one

Handy – German word for a cellphone

Disclaimer: As with everything, read the fine print as these things change and various deals are made and retracted daily it seems. Ask questions if you don’t understand.