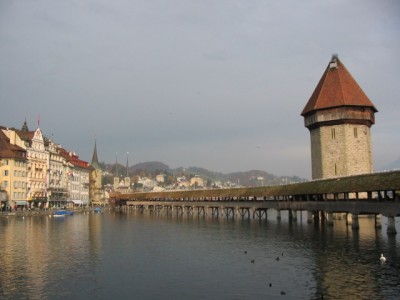 Friendliness is a concept that comes up a lot in travelogues. “I went there and the people were so friendly.” Or sometimes the opposite, mentioning how rude people were in a place.  I was in several conversations in the past day or two about how friendly different places seemed to travelers and natives. One of these spontaneous conversations made me think of how language affects how friendly other places are.

Language makes making friends easier. It affects how open we are seen and how easy we are to approach.

Language has an effect

An effect of language is that if you don’t speak the native one as a native you are instantly an outsider. As an outsider you are different and interesting to some people. The question “so where are you from” comes up pretty quickly. Having an accent allows that friendly small talk to have a neutral place to start. As a traveler (heck even as an expat) I know I have an accent and when someone asks me where I’m from I enjoy the chance to talk travel. I like that this kind of conversation almost always leads into travel, because the next part of the small talk usually flows into “I’ve never been there” or “hey I lived in Australia for a year”.  From here the field is usually wide open.

I had exactly one of these type of conversations at the hair salon yesterday. I went in to get my head shaved quickly in the last 20 minutes of their opening day on a Friday. I ended up having a conversation with the stylist about living in another country, homesickness and how friendly people are. It made me think that perhaps people are friendly in foreign countries to travelers because the travelers are open and interesting. Travelers with accents automatically have an easy way to start a conversation that doesn’t get personal or weird.

There is so much culture wrapped up in the basic grammar of a language. As the stylist was buzzing her machine around my head (3mm not a hair shorter), we were talking about how friendly she found the Australians and how unfriendly the Germans can be. One of the very core parts of language in German is the difference between the formal and informal forms of “you”. Any German language class drills this very hard the difference between “du” and “Sie”. Sie is to be used at all times until you are allowed, usually by the native speaker, to use the informal du. Along with the formal You comes the use of titles. Even people you have known for a while, if you are still on Sie terms, you refer to as Mister X or Missus Y. Think all of the characters in a game of Clue. All we have are titles and last names. Compare this with English where it is common to introduce yourself only with your first name. Heck I had clients at one my first jobs in the US whose last names I don’t think I ever could remember. At restaurants and in service points in the US the nametags usually only have first names as well. That whole “Hi, my name is Jane and I’ll be your server tonight” would not exist here as far as I have experienced.

Ok, so what does this have to do with friendliness? Well, a fair amount, at least to the English speaker. To be kept at last names and titles feels to most of us like we are being kept at arms length. When first names are kept as almost an intimate secret, then we don’t feel as close to someone. This has the effect of making the society here feel more standoffish and unfriendly. Though I have heard the complaint that the Americans can seem insincere and fake wanting to be everyone’s friend. “How can you really be real friends with so many people?” is the thought. In defense of the German culture, I have met more than my fair share of very friendly “first-name wielding” Germans. Usually they are younger or have traveled a fair amount in English speaking places, so maybe they are adjusting to me. Maybe as a foreigner I get around again some of the strange cultural bits and am interesting enough to bring people to talk. 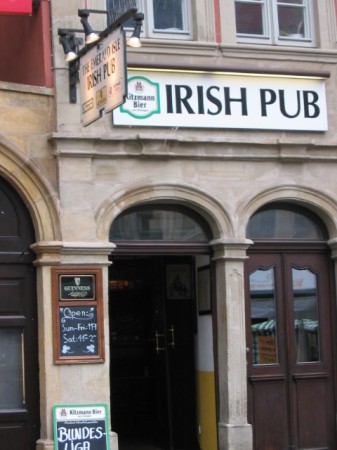 Native English speakers have an interesting relationship in the world. Between the British Empire spreading colonies and language everywhere and the amount of money and English language movies, TV and songs that the Americans have exported around the world, English is very commonly the language of business in the world. It gets taught in many many schools. English speaking travelers love the ability to go most places in the world and have the chance to teach English for fame and fortune. (fame and fortune not guaranteed, see life manual for small print) So when English speakers travel there seem to always be people interested to talk solely to practice their English. This can be quite annoying if you happen to be in their country to try to learn THEIR language. Still you can’t beat an opportunity to meet locals and talk to them.

I have seen as an expat also deep bonding experiences with other English speaking expats and travelers as well. People that in my own country I would not really have enough in common with to talk to are now some of my best friends. Language is such a deep thing that when you travel for a while in a place that speaks something else it can be such a relief to talk in your native tongue to someone. Because we all come from different English speaking countries, we even get to bond over how funny the other ones talk. Traveling in hostels it is nice to hear a snippet of a familiar language and use that as a springboard. “That is a lovely accent, where are you from?” is a great opener to another English speaker on a train in a foreign country. Like above, it gives a soft entry to a conversation.

So what kind of language based friendship stories can people share? Ever met someone based solely on the language you speak?