Germany is more than just Berlin and Munich 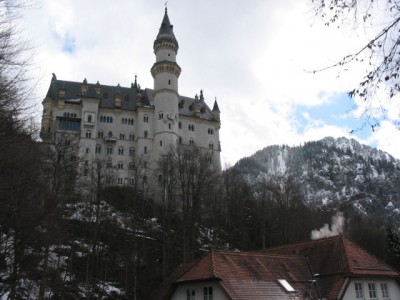 I get that students think about beaches, sun worshiping and heavy drinking during the summer vacation. Yes, when you are on a whirlwind tour of all Europe there is a point to just hit the highlights, but why are there no Germany centered tours? It is fairly easy to see tours spending a few week in Greece or Italy or even England; but not Germany. Most that I read that even hit Germany do just Munich and Berlin with Prague in the middle.

Germany is a rich and varied land. It wasn’t even one country until 1871 and the regional differences are great. They have difference feels, festivals and beers. It may not be as warm and beach-ridden as the south, this is still a wonderful place to travel. I can’t even do the country justice in a blog post, but I will try to hit the highlights as I see them photo-tour style.

Even I have not touched all of Germany. Here are just places that I have been, some links to Wikipedia for the more obscure places and where I don’t have photos of my own.

Ok, I will get the big two out of the way first. Yes, Berlin is the capital. Yes, it is a really awesome historical place. Don’t get me wrong, I do really enjoy going and wandering in Berlin. I may even do a full Berlin post at some point.  It is just that, for a lot of people, it is the only few of the country. There is plenty to do in Berlin, but it is not the whole of the country. 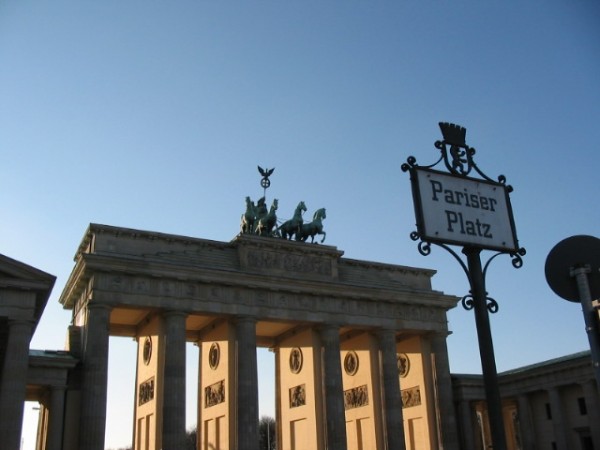 I get the feeling that the image that most Americans at least have of Germany is Munich. Beer halls and lederhosen with all the Bavarian trappings. Bavaria tends to be a lot like Texas, in that they think themselves Bavarian first then maybe German. Bavaria has a very distinct regional culture. And just seeing Munich does not give you an idea of the rest of the country, just like a few nights in Houston is not enough to judge the whole of the US. 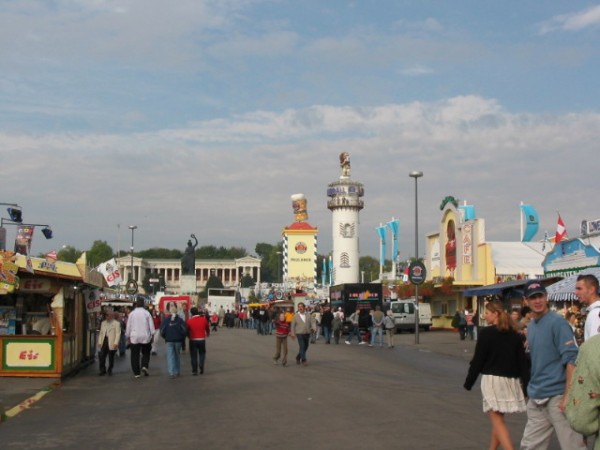 Keeping with the biggest cities let’s start in the north. My first taste of Germany was Hamburg. It is big and modern port town, that is really cool to walk around in. It used to be part of the Hanseatic league and retains the merchant flair. The early morning Fischmarkt is a sight to see, and if you are into the seedier bits the Reeperbahn is nearby. The city is centered around two lakes and has a lot of open green area. Outside of the heavily built up center are places like Blankenese that retain their old world riverside feel. I have not been back to Hamburg in the days of digital cameras, so I have no pictures to share; but it holds a special place in my heart as my gateway to this country.

The Rhein cuts through a large portion of western Germany. There are a large number of cities on this river and forms a backbone of the economy. The stretch of river between Koblenz and Bingen is a great place to take a cruise. It is about 3 hours one direction and offers many views of castles and cute towns as well as the Lorelei Cliffs. There is a well known song of these cliffs about a siren who sings sailors to their deaths on rocks.

Further south is the city of Worms. This city was where Martin Luther was tried for his beliefs and in ancient times the place associated with the Nibelungenlied, which later sourced a Wagner play.

Cologne is one of the biggest cities in Germany and has one of the most massive cathedrals. It is so big that I have yet to manage a single shot of the entire gothic gargoyle encrusted thing. Cologne is a big modern city in my opinion, but it has it’s own German flair. There is a famous bitter bier called Kölsch that comes from here. It is the center of media productions in Germany and has a bit of that flair as well. There are a number of places within easy reach of the city and a chocolate museum in town. 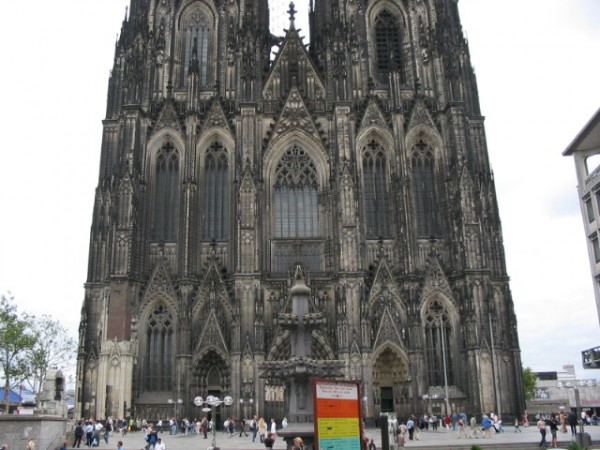 Bonn is an odd animal. It feels smaller to me than it actually is. It is a historical richly cultural city in it’s own right; but most well known for being the capital city during the time when Germany was split. It does not have the air of officialness that I expected. Bonn was a pleasant welcoming place, but due to its previous capital-ness has a lot of culture to offer as well. Castle Drachenfells is a ruined castle way up on a hill near the small town of Königswinter an easy train ride away. 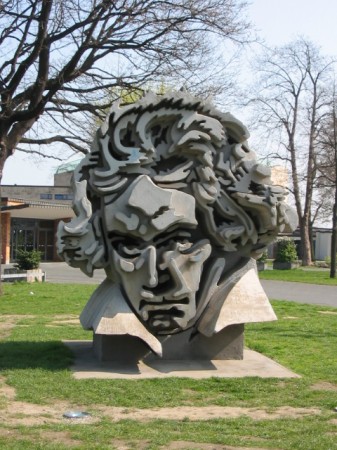 Down the river Moselle on the Luxembourg border is the town of Trier. Trier is one of the oldest places in Germany and was built by the Romans. The hulking Black Gate still dominates and is an impressive roman ruin so far from Rome. I have only ever been on day trips to Trier, but the Moselle river offers a lot of nearby castles and wine.

In english we call the man by his french name Charlemagne, but the Germans name him Karl der Grosse (Carl the Great). He was crowned in Aachen on Christmas Day. His remains are in the Cathedral here. Aachen like a lot of places in Germany has this rich ancient history, but still a modern identity and presence. 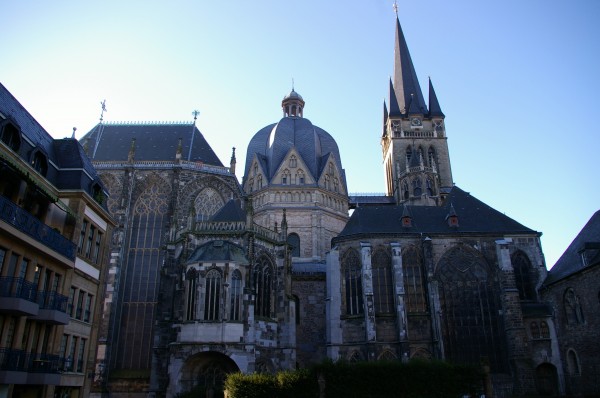 Heidelberg is often actually well known by Americans due to the military presence here. There is a fantastic castle, the oldest German University and a region full of hiking to entice travelers. 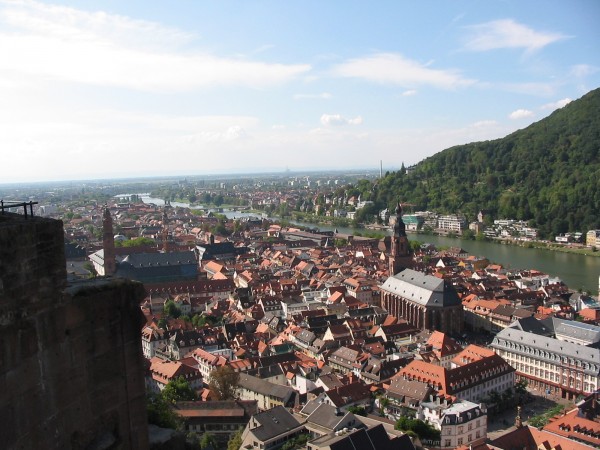 Bavaria Outside of Munich

Bavaria has other places to offer than Munich. Nurnberg was selected as the center of the National Socialist party in the 30’s because they considered it the most iconic of German towns.There is a castle and cathedral to see. It is the site of one of the most famous Christmas Markets in the country. The local Nurnberger sausages are small enough you get 3-4 of these spicy little guys on a roll. 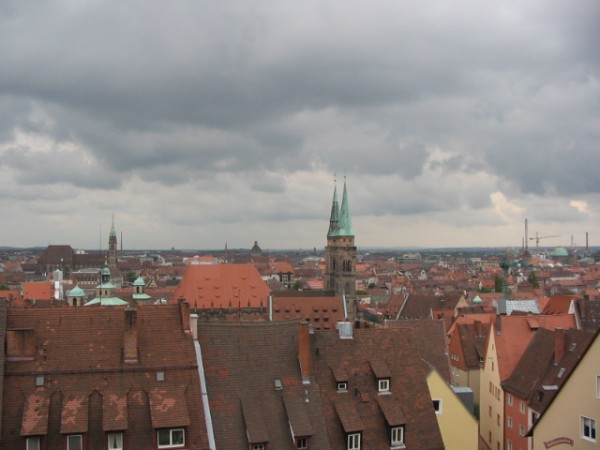 Bamberg, as a friend reminds me, has one of the highest number of breweries per person as well as its Townhall built in the middle of the river.

Rothenburg ob der Tauber is a charming touristy place off the main train lines in the west of Bavaria. It retains it’s middle ages architecture and is a part of the so called romantic road. 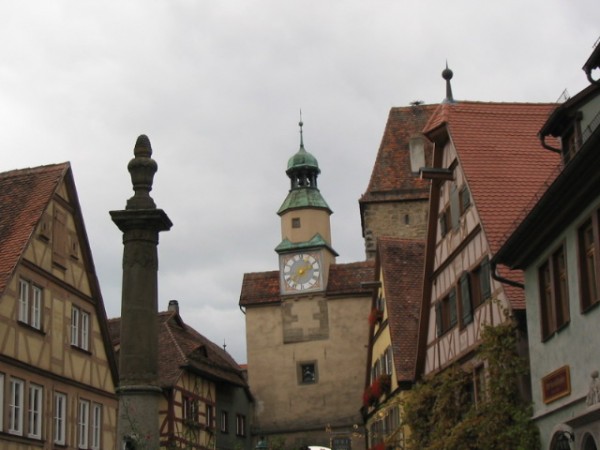 Back to my adopted home in the south west of Germany, the Black Forest. Look for another post specifically about this area soon, as well as the extra photos in the gallery. Freiburg is the gateway to the high forest with it’s alpine lakes and skiing. This was the region of the Brother’s Grimm, so the fairy tales come to life walking around the forest. 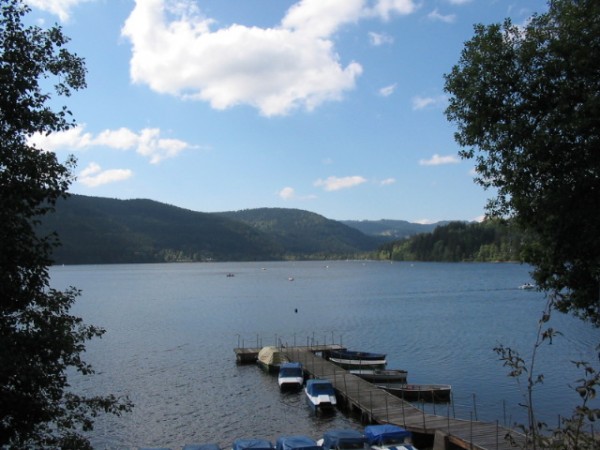 I hope this has given you an urge to get out and see more than just Berlin and Munich. The country is so varied that even at this highlight level I feel like I have done some regions a disservice, and some areas left out completely because I haven’t been there. Although I enjoy time out of the country, there is so much to see here as well in such a compact place. Here is a gallery of even more pictures.

If there are tour companies that do Germany centered tours, please post a comment about them. Any favorite German places that I have missed?

The Freedom to Forget Weather and First Impressions