Of Language and Beer 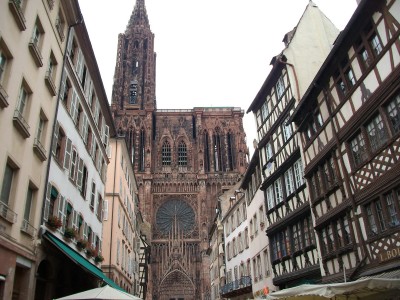 Last Saturday a friend of mine and I drove to France, namely Strasbourg, for lunch. I love that we can do that, though still have “go to Paris just for breakfast” on my Bucket List.

Ok, I speak native English, fluent German and basic Italian. I have taken Intro to French twice in my schooling, so I know enough to read a bit. My last trip to a place where I didn’t speak some of the language was to Czech Republic in April. There I had no problem with the random sounds I was told meant Please and Thank You. I had this within minutes of entering the country in fact. I explain all of this to show I am not a language dolt.

Despite this, I could not seem to say Merci to save my life. Every time I thanked a waitress or shopkeeper, it came out Gratzie. This even after being reprimanded early by a coffee waitress (France remember, they seem attached to their language.)

The language of travel, especially exotic travel, is an interesting one. We often weave between various flavors of local school-learned English (which I am very grateful for) and general hand-waving. Most practiced travelers learned a few phrases to use to show respect and attempt not to mangle them too badly. How does language add fit into our experience?

The most basic language that I use in travel is what I call “grunt-and-point”. In Plzen, Czech Republic, seemlingly far from tourist friendly Prague, I found myself in a bakery. Ok, a bakery shouldn’t be a complex place.  Well in general it isn’t, until you stand, starving, trying to figure out which of the various similar looking pastries would appeal. Even if someone spoke some english, noone learns the intricacies of local pastry fillings in school language class. So in the end, you just point at something and hold up a finger.  In return they show you the cash register readout. Then with respect to the line forming behind you, you give the girl a handful of coins that you hope covers your chosen delicacy and get an oddly similarly sized pile of coins back. Only later to find that the pasty you picked tastes funny.

To some this is real travel, having no clue what you are eating or paying for anything. This is really stepping out of the comfort zone big time. Menus at restaurants are even better, where you don’t even have the benefit of looking at something first. You literally just pick at random, point at the menu and hope. I am unfortunately a pretty picky eater, so in countries like that I tend to the english menus or the fast food places where I see before I eat.

The first phrases I pick up when traveling in a new place are the following:

I figure anything beyond that is just over-taxing my brain. With those phrases I can live and make new friends (hopefully local friends who speak more than those phrases.) The trick then is to practice these phrases enough to be understood. There is not much worse than having a ten minute “grunt-and-point” conversation when you mangle your hastily learned ‘thank you’ and accidentally insult the shopkeeper. I find bartenders to be useful for this practice for several reasons. They are friendly, often speak decent English, and bars are good places to actually use these phrases. As everyone knows, you learn best by practicing a language, not on paper. 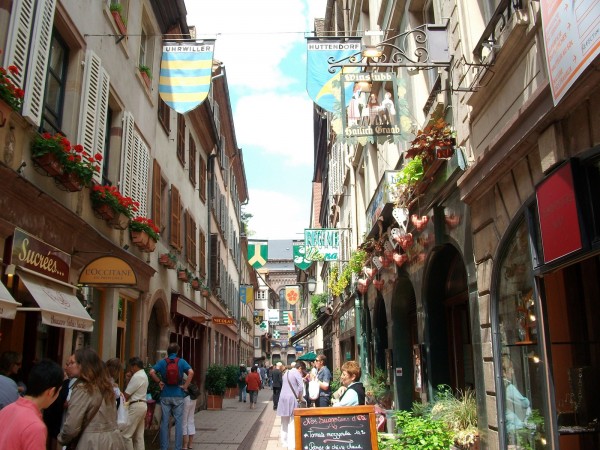 So much of culture and language are intertwined. A language is part of the culture and so many cultural things are tied up in language. This is part of why the french waitress corrected my odd Italian slip. It also comes out when you get a bunch of different English speakers together. We are distinct from other language groups and share a lot of culture too, but at the edges are very different.

Language is a way to bond on the road. Both with other travelers and with locals. It is a great thing to hear words you understand after a long time in “grunt and point” land. This plus a round of beers is usually enough to make new friends. On the flip side, attempting (even mangled) the local language is bound to get you some new friends from the locals as well. Everyone likes when someone else makes an attempt to understand them.

Too many languages? Maybe in my head, but it’s fine; I’ll just point and get a pivo.. err bier.. yeah that one to the left of the one you are pointing at. Oh, I only need one, ok I’ll find someone to share with. <sigh>