Master of the Between 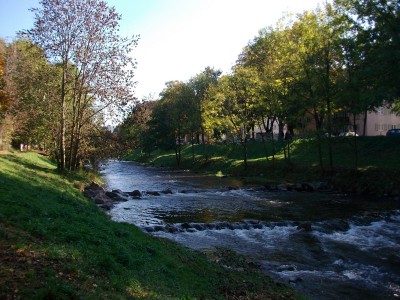 One of the key skills of being an expat is mastering the concept of Between.
Despite my time here, my language skills, my friends and job; I am still an Auslander (foreigner) here. However I have spent so much time here that I don’t think I could go back happily to a single culture world. I am constantly (literally within sentences some days) switching between languages. I wander between living under my own inherited culture and the culture of the locals; and usually end up in the weird mix of both that I have come to associate with expats around here. Being in one world or the other fully doesn’t seem to complete me, I need both. So I live Between them.

I’m not sure even long term travelers live in this state of between. At least none that I know of do. The eternal nomad doesn’t want to return home, but doesn’t normally root down as much as I do as an expat. The backpacker has a deadline and plans to return home for some reason, even if they leave again later. The closest I have seen is the exchange student. They live in our between for a year and then leave. In some ways they are like the backpacker just with a much longer deadline. By making a decision to stay in a place for an indefinite time you make a mental shift. I don’t have a deadline, and while I can’t read the future, I expect I’ll be here a while. This means I have roots here. So I end up with one foot here and one foot in the wider world.

“My home is paradise on earth, I root for them in the World Cup, they are great and wonderful, and I have no interest in moving back.”

This is a phrase a Kiwi friend of mine said to me at one point. We talk about being expats a fair amount. The idea that our home is great in theory, but the actual practice of going back to live permanently wouldn’t be that entertaining. There is then no paradox in her mind when she talks about New Zealand being the absolute greatest place in the world with the best people and the fluffiest sheep and then follows with the phrase “I could never live there again.” Both of these ideas are fully formed and fit together in a way that others seem to see as paradoxical, even though for us they aren’t.

I guess we could try to integrate so fully as to forget our home country and ‘go native’. I’m sure this works for people and I have met some like that here too. I however would feel in doing so almost the same as if I went back to the US. Both my current home and my previous home are a big part of who I want to be. I am proud to be a german speaking traveling American. So I am unwilling to give up my culture and still revel in the local one. This is a balancing act and one that can be stressful, but also rewarding.

There are benefits to being an integrated foreigner. You can sometimes get around social rules with a few english phrases. They realize, “oh not a german, can’t expect them to understand X silly rule.” Oh, I understand the rules better than I’m letting on, but they are silly so if you let me off the hook when I say something in my native tongue, awesome. This of course doesn’t extend to legal things.

No matter how integrated I become and how much I want to stay, there are still things that remind me that I are an outsider. I often get surprised looks when I explain to local friends about my visa situation. They often don’t get how much paperwork and waiting there is involved. How many hoops we have to jump through and sometimes the things we just aren’t allowed to do that locals take for granted. Ok, this is true in the States as well. As much as I might moan about the system here, I have heard enough stories that the paperwork and visa situation is even more complex and convoluted there. Despite all of these hardships, I pick here over the perceived ‘easy’ life for me there. I just wouldn’t be that happy without that ability to be between.

Master of the Between