July 4th for a Traveler 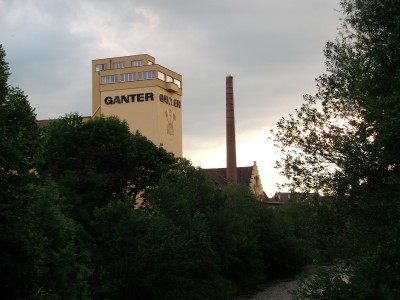 Yesterday was the 4th of July. Today is the 5th of July. This is about as excited as most people get for the 4th of July here. For Americans though, this is one of our big holidays. So being outside of the US is a different experience.

I like July 4th. It is in the middle of summer, usually means a day off, and is associated with some great things of the US; such as grilled meat and fireworks. (I would add beer, but unless it is a dark microbrew would rather german beer.) It is odd to not have it be a big thing here, and to know that if I make no effort it will just slide past. Despite that I have had some really cool July 4th experiences as a traveler over the years.

In thinking about this article, I started thinking back through my memories of July 4ths Past and I realize that I have actually spent a large number away from home. I traveled a lot in my teens and 20’s either to camp or Europe or an extra summer semester at university. Here are a few stories and some thoughts about being out of the country during this holiday.

As I mentioned in my previous post of the Sounds of Home, when I was a kid my Dad took us to a 4th of July Music fest several years in a row. I remember sitting on the bleachers of a college football stadium listening to Carolina Folk Music until it got dark enough for Fireworks. I expect this was actually my first experience with fireworks and as my last blog post attests the music certainly affected me. This is my basis for a family 4th of July thing. If I think about being “away” for something, then I have to contemplate “away from what.”

Dancing in the Rain

Skip forward a number of years. I was studying in Freiburg for the first time in 1999. I was on a summer exchange and they split our group up among a number of dorm complexes here. 8-10 rooms of Germans and one room with 2 of us. I don’t remember exactly why I wasn’t out with the others, but that night I was hanging in the kitchen talking to two of my german roommates while we were cooking spaghetti. They had decided that in honor of July 4th, they were going to make me dinner. We spent a while talking and then it began to rain. Rain storms in the german summer are that nice drenching solid straight-down style storm. Thunder and lighting sure, but warm and almost refreshing. I remember after dinner walking about and dancing in the rain barefoot on a July night in Germany with two new friends. Fireworks were provided curiosity of God via the thunderstorm. Sure, this wasn’t at all traditional, but still sticks in my memory over 10 years later.

In Germany every town has a brewery (or 3). These places tend to only brew and ship to the local area. The biggest of these in Freiburg is called Ganter. You find Ganter beer everywhere. I expect upwards of 4 of ever 5 of the restaurants here carry it. I in fact pass the large yellow painted Ganter complex as I go to town. It is a pretty standard beer, not special but not piss.(Some people complain, but I expect they never drank cheap keg beer at a Frat party at an American college.)

A lot of breweries have beer gardens. As I learned 2 years ago on July 4th, a beer garden was a place in the brewery were they planted trees and grass over the underground storage tanks of beer to keep things cooler. The breweries learned that they could sell beer to people that wanted to sit in these cool places and let them bring their own food. Today beer gardens are still cool places to sit, and a lot do let you bring a picnic, just don’t attempt to bring your own beer. Ganter has a pretty big beergarden area that they deck out in red white and blue for 4th of July. They have a kitchen with normal german pub food, but also set up a ribs station for grilled ribs and add hamburgers to the pub menu. They bring in squaredancers and other stereotypical American music for entertainment. And of course fireworks late at night. I’ve been to this fest twice now. It is nothing like what I saw in the States, but it is neat nonetheless.

I help out with an English speaking theater group attached to the University here. The opening night for their summer play was last night. I like opening night, it has a neat energy. So I decided to use my evening helping out with the theater instead of the beergarden.  Tons of people coming to see the play some all dressed up. As I sat at the food and drink stall, a german singer had set up in the plaza around the corner. I listened to german folk, soccer songs and even pop songs all evening. Again not necessarily a “traditional” 4th of July, but it was great.

4th of July as a Traveler

I guess because I was so rarely home for the holiday in my teens, I don’t really mind not being home for it now. It is and probably always will be in my head more attached to walking in the rain in Germany than anything else. It is like most holidays, a time to spend with friends eating, drinking and being merry. It seems like an excellent way to meet people while traveling. Wander into a hostel bar and round a few people with the phrase “it’s a holiday in my home country, let’s go have fun.” It is also a way to bond with fellow Americans sharing stories of past 4ths. What it definitely isn’t about while traveling that I remember clearly from the US is that it is not about sales and 50% off mattresses.

American abroad? Share your 4h of July Travel Stories? Not from the US? Any stories of crazy Americans dragging you to fireworks?

For something of the other perspective check out the thoughts of an expat in the US at yTravelBlog.

The Sounds of Home Master of the Between